Anaheim, California:  Not only is our refrigerator dead, our AquaHot (water heater) had a little spark-fire-fest this morning and we have no hot water in the motorhome. Repairmen are scheduled for Monday, and not much else could be established this morning due to a resort-wide all-day power outage caused by a nearby traffic accident. I know it will be hard for you to believe after our streak of bad luck, but we were not involved in this traffic altercation.

With no food, no fridge, no hot water and no power, we just shut-down everything, locked the motorhome and hit the road to Anaheim in our little Jeep. This trip had been hastily arranged after the Ducks beat St. Joseph on Sunday night. 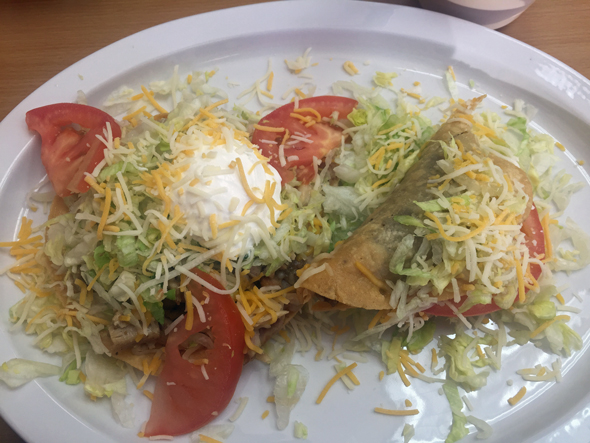 We left the resort at 11a and drove one block to Tacos Gonzalez. I had a very-brunchy tostada (left). Though I ordered a fried taco (right) for the first time, I could not even finish the tostada.

Satiated, we continued to Anaheim. Who had the great idea to hold Sweet 16 basketball games in the same city as Disneyland over Spring Break? Crazy busy. All the hotels are full. We met Mary & Steve and checked into our hotel - only to discover it was the official team hotel for Texas A&M. (A&M played Oklahoma in the first game this afternoon, then the Ducks faced Duke... and the winners play each other on Saturday in the Elite 8 game.)

We met more college friends at a sports bar across the street from the Honda Center (home to the Anaheim Ducks ice hockey team... so we should feel pretty at-home here, right?) and enjoyed snacks and $24 (not a typo) double gin & tonics.

The first game was not really that exciting as Oklahoma was in control the entire time, beating Texas A&M 77-63, though the fan-filled arena was quite loud.

With only 30 minutes between games, it was a madhouse down our aisle as old friends and alumni - some we had not seen since Sunday at the track meet - began filing down the steps to their seats. 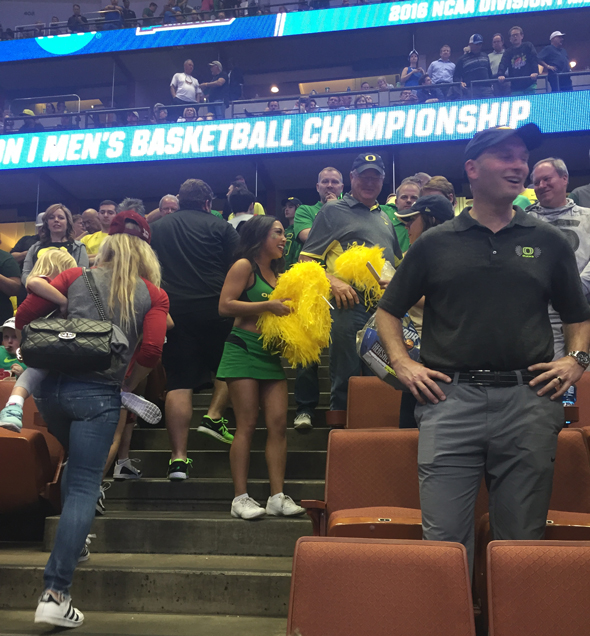 Oregon cheerleaders rush to give pompoms to fans before tipoff 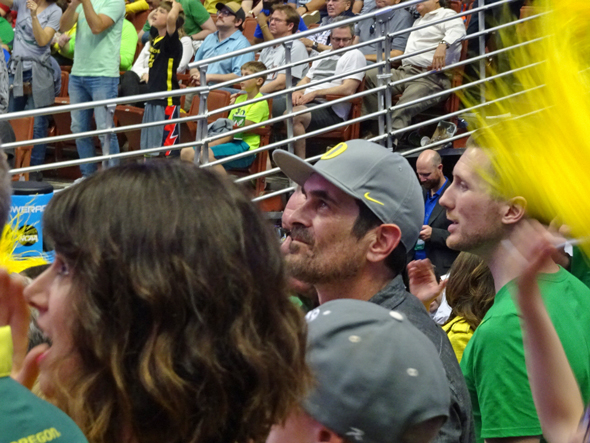 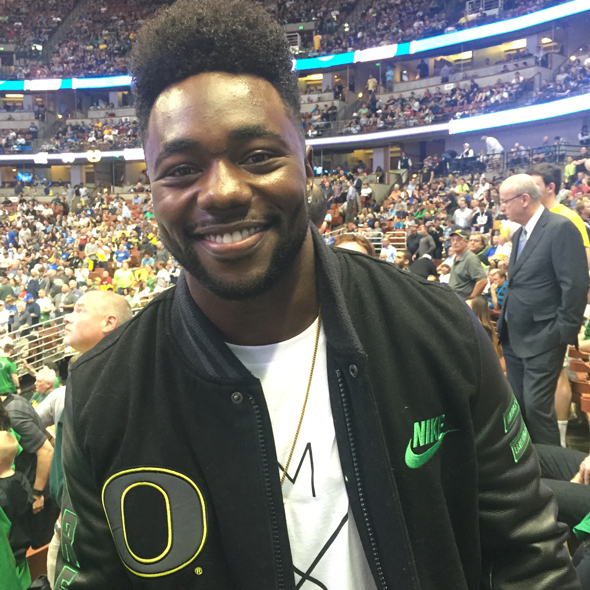 But the most famous celeb at the game was this guy: 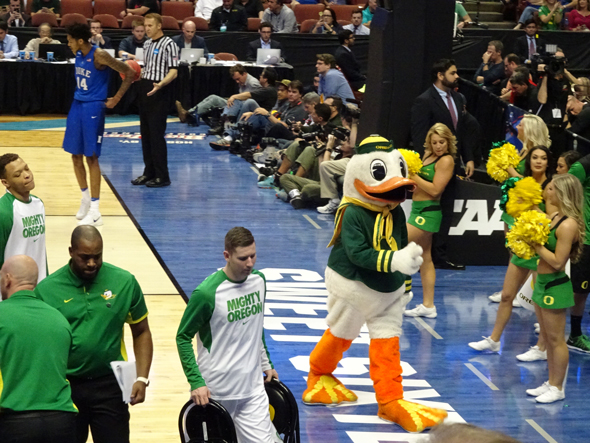 The Duck must feel so at-home in Anaheim. So close to his cousin Donald. Daisy? Wonder if they will all meet-up sometime over the weekend?

The second game (Duke v Ducks) was a bit more exciting, as the score was quite close until the very end. Slam dunks and 3-point shots will always bring the crowd to a frenzy and both teams delivered. 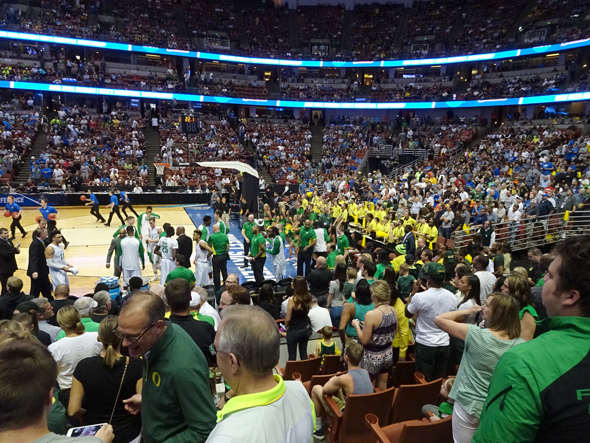 Oregon Ducks get ready to play 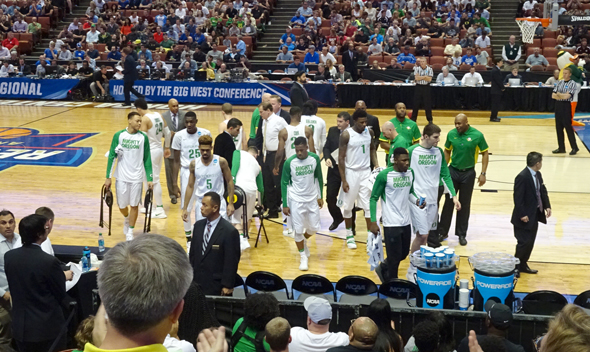 Team meeting during a break 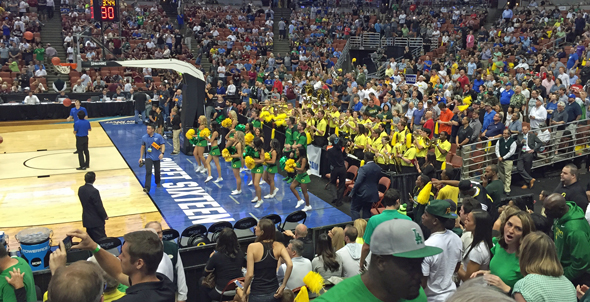 The Ducks delivered 14 more points than the Duke Blue Devils and that is really saying something. Beating that storied team is quite a feat.

Saturday afternoon the Ducks will face the Oklahoma Sooners in the Elite 8 game. Tip-off will be at 3p pacific on CBS. Be there.

Until my next update, I remain, your happy & hoarse correspondent.