Anaheim, California:  We had today free of basketball games. Our original plan was to go to Disneyland with Lisa and the kids, but their household has come down with the flu. They are recovering, we have rescheduled and decided Disneyland over Spring Break probably wasn't the best idea anyway. Dave and I spent the day at the beach - Newport Beach and Balboa, less than a 30 minute drive from Anaheim.

We parked near the Newport Pier and found a seafood restaurant, Fly'N'Fish Oyster Bar & Grill, for a late lunch. We chose this restaurant simply because it was the first one we stumbled upon. It was a teeny little place, but the food was outstanding and it seemed to be popular with locals. 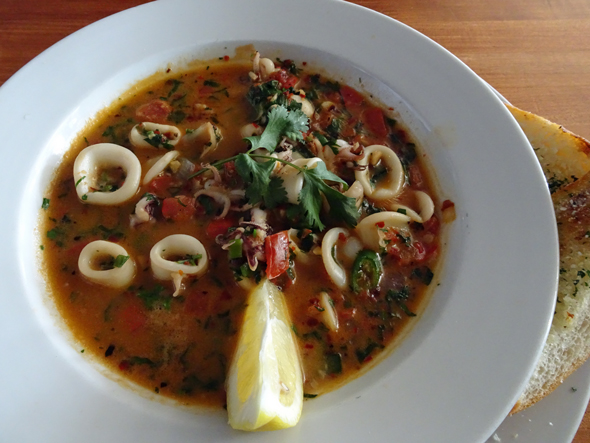 Dave had a cup of clam chowder and Jorgi's Calamari, sautéed with tequila, Serrano chiles, cilantro, white wine, lemon juice, tomatoes. This dish is ordered by "heat units", as in, exactly how much Serrano do you want with your calamari. On a scale of 1-10, DT ordered "3" and it was pleasantly lip-numbing. We shared a Caesar Salad and I ordered cod fish & chips. 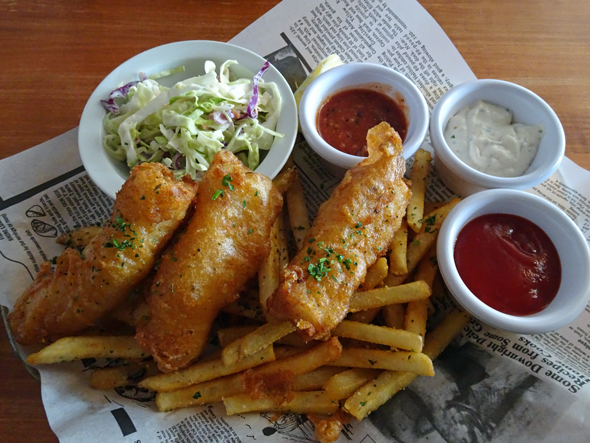 After lunch, we walked out to the end of the pier. Here are photos from our stroll: 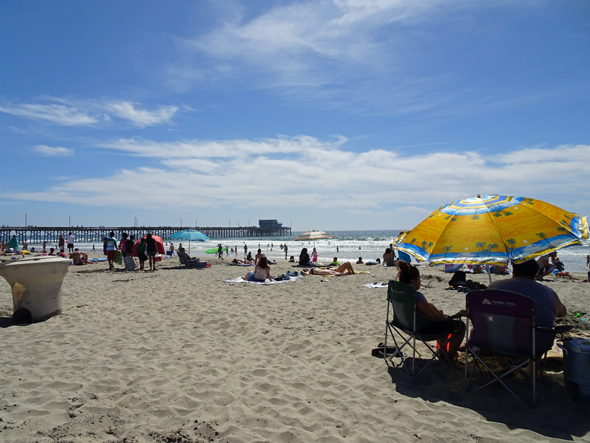 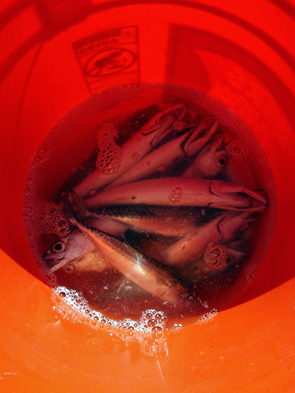 People were fishing for tuna, but were only catching mackerel, which they use as bait 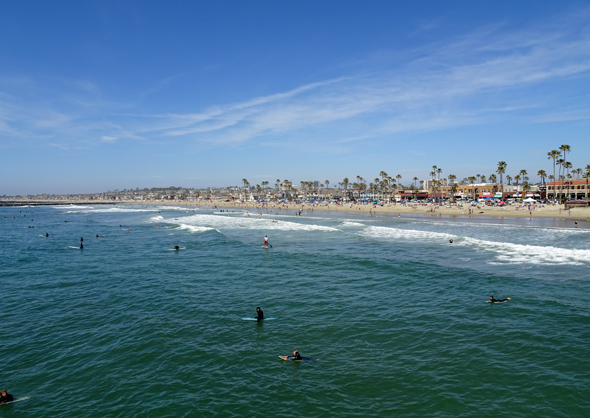 We drove south, about a mile, and parked at the end of Balboa Pier and repeated our last adventure. 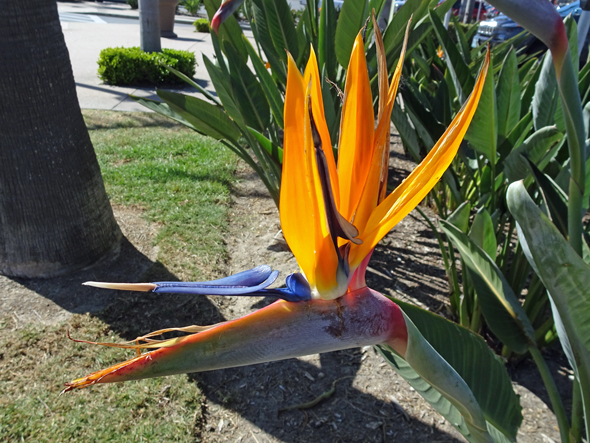 Bird of Paradise in the parking lot

With southern California temperatures and moisture from the ocean, flowers were outstanding in the parks and gardens around Newport Beach. Roses were blooming everywhere. 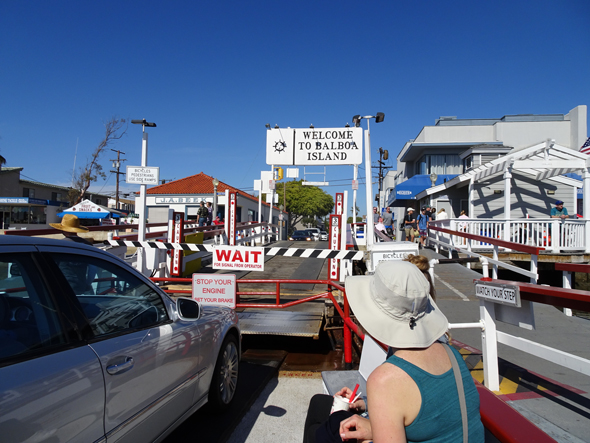 After walking to the end of the Balboa Pier, we walked a bit around town, then took the ferry (as a walk-on passenger) to Balboa Island and spent several hours traipsing around this idyllic isle. Though the houses seem to be only four feet apart, they are all in fine-form. Most seem to be available as vacation rentals. People get around on foot, bicycles and golf carts. 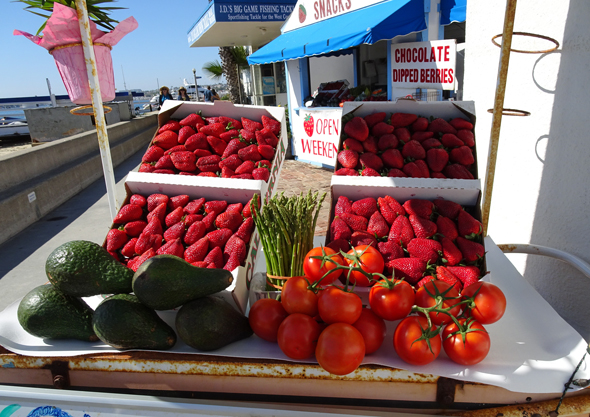 Back in Balboa, we strolled through the Balboa Fun Zone (carnival area). I finally found the famed Balboa Beach Bar. No, not a drinking establishment - this bar is vanilla ice cream, hand-dipped in chocolate and rolled in nuts. 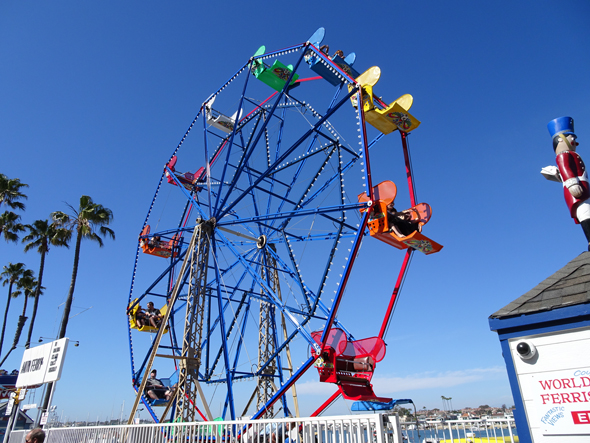 We didn't get back to our Anaheim hotel until six o'clock. My pedometer was well over five miles and I did not workout this morning. We napped and Ubered to a very late dinner at Roy's near Disneyland. We returned to our hotel bar to meet Mary and Steve for a nightcap. Their #4, Cory, had arrived with her boyfriend, Gordon and they spent the day in Disneyland together. Mary had over 20,000 on her fitbit.

It was a fine day, exploring a new area. Lots of walking for everyone, so I know we will all sleep well tonight and be in fine form for the Ducks v Oklahoma game tomorrow afternoon.

Until my next update, I remain, your beachy correspondent.