Indio, California:  Today we were able to tour inside Sunnylands, the impressive Mid-Century Modern estate of Leonore and Walter Annenberg in Rancho Mirage. The Annenbergs, from Philadelphia, were a very popular, powerful and rich (mostly from publishing) couple who were generous philanthropists (mostly to education). They built Sunnylands as their winter home. Since their death (Walter in 2002 at 94; Leonore in 2009 at 91), the Annenberg Foundation operates the property.

The house is often used for meetings, conferences, retreats and official government functions. Seven US Presidents have stayed at Sunnylands and the house has also hosted, Queen Elizabeth and her family, Margaret Thatcher and a very long list of Hollywood elite - Bob Hope, Ginger Rogers and Jimmy Stewart. Barbara and Frank Sinatra were married at Sunnylands.

Due to all the activity at Sunnylands, the tour schedule is very erratic. Dates are announced on their website, and -  much like trying to buy tickets to a popular rock concert - the tickets sell-out within minutes. Portland friends, Jim and Marci have tried several times previously, but were lucky a few weeks ago and bought six golden tickets! They invited us, and Kathy and Woody to join them. 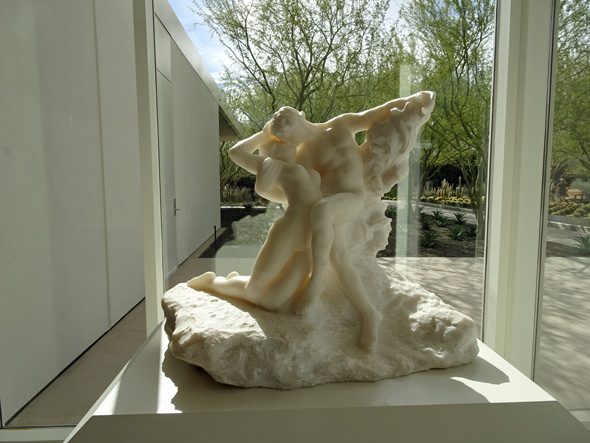 Eternal Spring (circa 1884), by Auguste Rodin, in the Visitor Center

Tours start in the Visitor Center, which houses informative displays about the architecture of the house, the art collections and family history. There are videos to watch, a cafe and a small gift shop. Behind the Visitor Center are gardens and paths to wander along while waiting for your tour time. 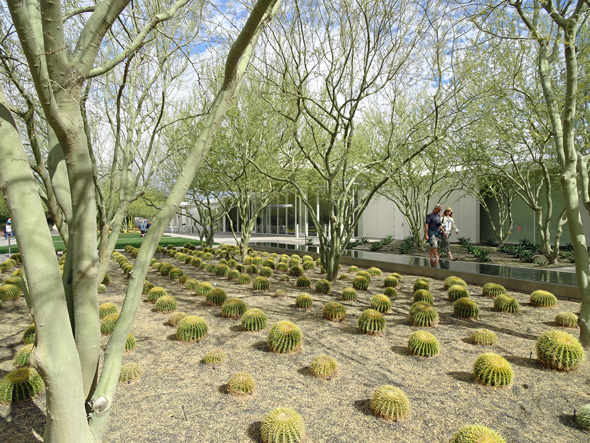 The gardens behind the Visitor Center 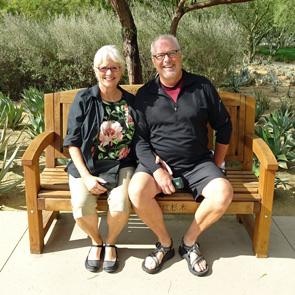 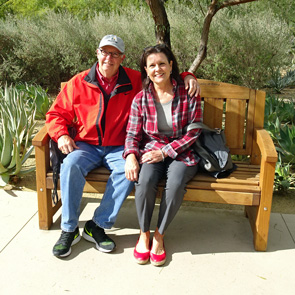 We all posed on a replica of the bench President Obama gave to Chinese President, Xi Jinping, when the two leaders met at Sunnylands in 2013. We are such tourists! 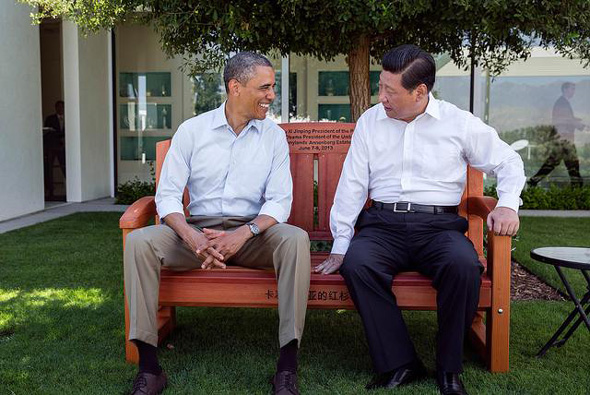 More photos of the garden: 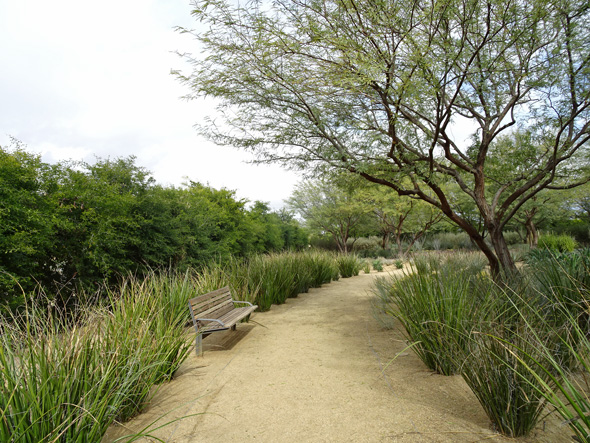 At our allotted time-slot, we were led to an eight-passenger golf cart and were driven by our tour guide, Mauricio, to the historic estate. The front doors opened and we were inside beautiful Sunnylands.

Photography of the house interior is forbidden during the tours, but Sunnylands generously provides photos and video (with no sound) for the press. And me. 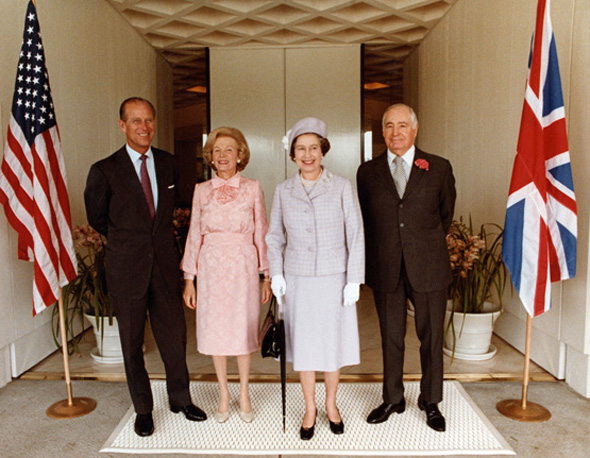 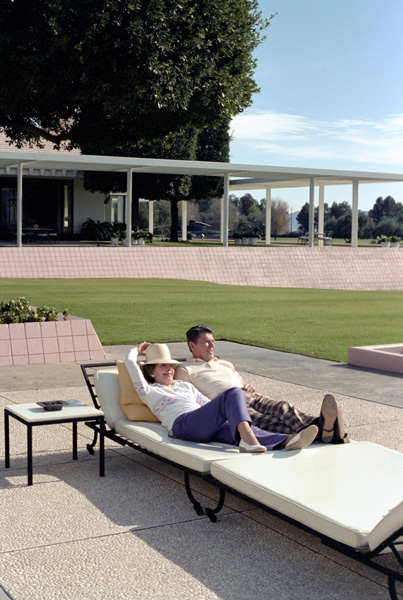 December 31, 1981 - Nancy & Ronald Reagan
(with Marine One helicopter in the background) 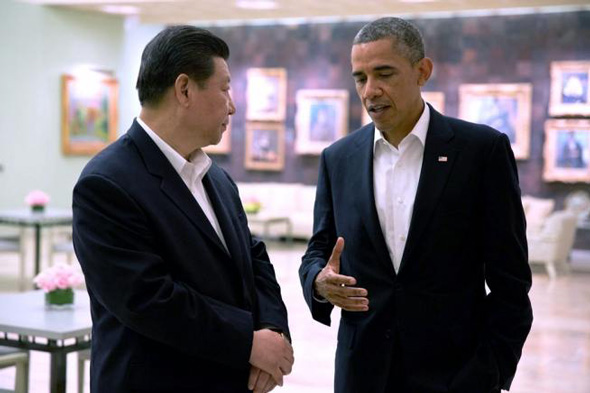 The house was decorated in the 1960's and most of the rooms are yellow and pink (Mrs. Annenberg's favorite colors) and filled with their extensive art collections and framed photos of famous visitors and friends. One entire wall is filled with framed Christmas cards from the Queen Mother.

We saw the formal living areas, the master bedroom, kitchen, dining room, staff quarters and several other rooms in the main house and then were led outside to another low building with four guest suites and a shared living area that has a bar and movie screen. Outside, we were allowed to photograph - but only views away from the house. (Our guide said this was for security purposes.) From the following photos, you can see the weather was about to make a change. 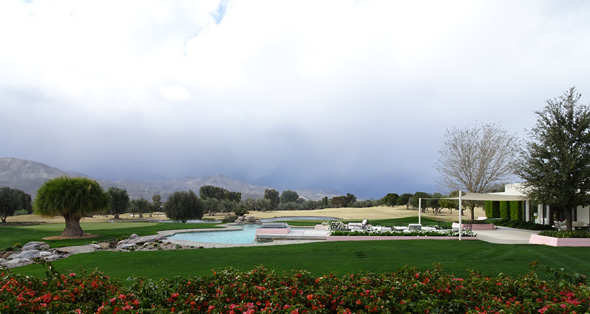 The swimming pool and guest quarters 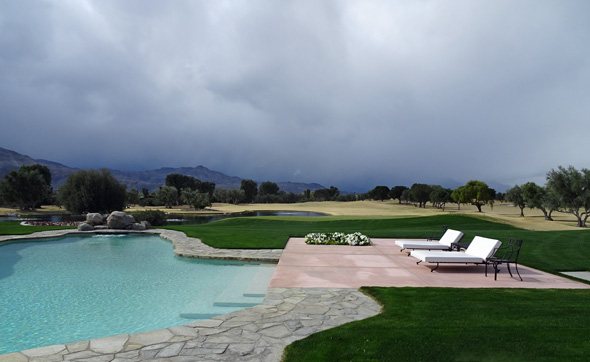 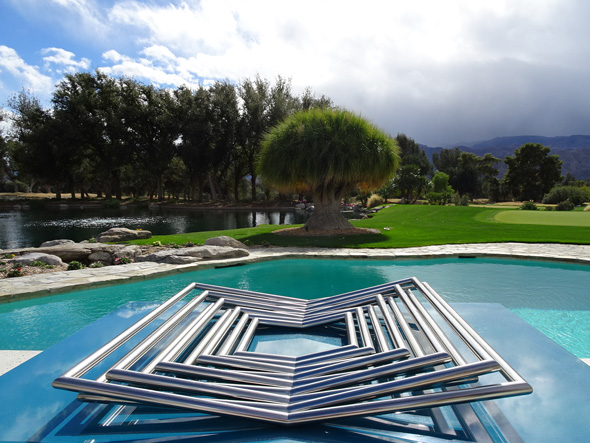 After the tour, we again boarded the golf cart and were returned to the Visitor Center. As the cart made a wide pass in front of the estate, our guide stopped and we were allowed to take a photo of Sunnylands. 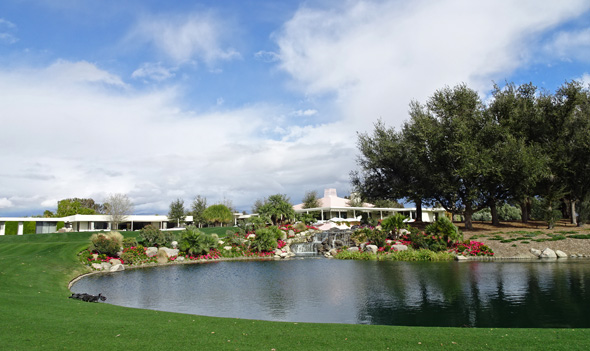 That's as close as I could get, Dear Reader.

Much thanks to Marci and Jim for snagging the tickets!

By the time we left the grounds, the sky was black and it was raining. By the time we arrived back to our motorhome, the sky was black, it was raining and the wind was blowing 40 mph. Dave's brother, Steve, arrived (well, he actually kinda blew-in) to our campsite late afternoon for an overnight visit. He used our casita as a bed and breakfast on his drive from Sacramento to Tucson for business. We threw-in dinner as well and fed him two types of pie: 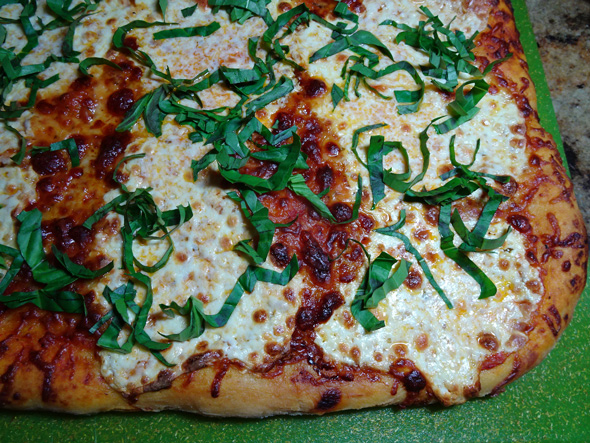 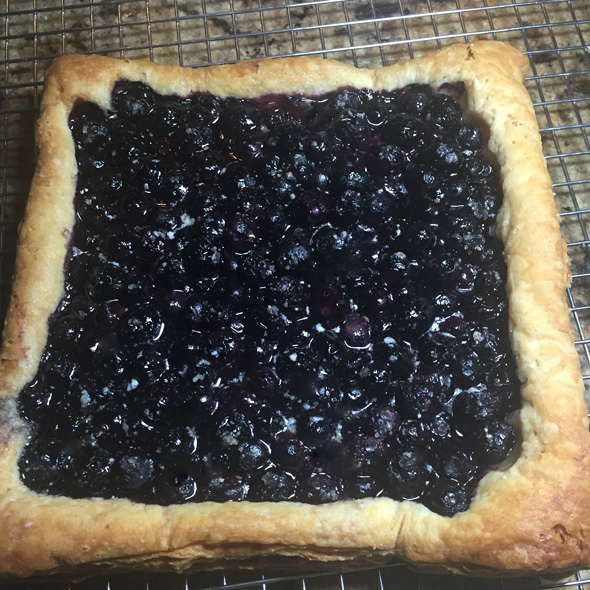 Until my next update, I remain, your Sunny correspondent.