Indio, California:  Just another perfect day in the desert. Temperatures into the low 70's. Just a slight breeze. Snow-capped mountains to the west. January.

Just a few steps into my morning jog/walk, I witnessed a man crashing on his bicycle. He seemed to be all-parts splashing onto the street. Arms flying. The sound of metal scraping on pavement.

But it was not a bicycle. It was an AirWheel A3. 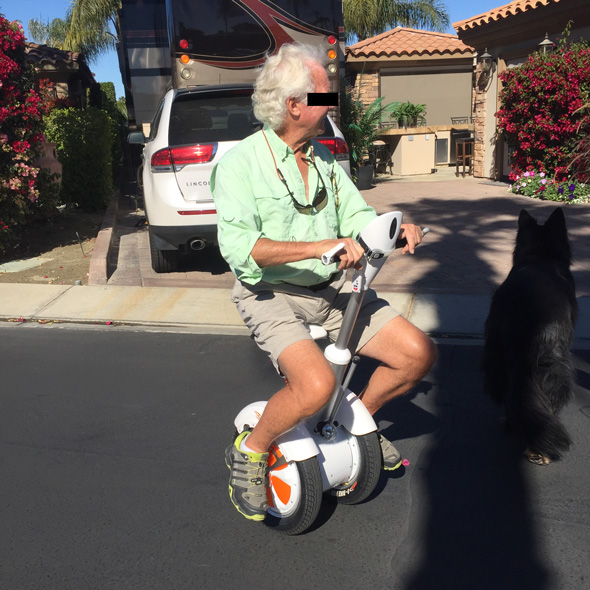 As the man (not the man pictured above) went careening about the pavement, I began sprinting towards him. The guy was not wearing a helmet and he had taken quite a tumble. By the time my old slow tortoise-like fat body I had reached the crash site, the rider was up and patting-down to survey his wounds. He had a few, but his shiny-new sit-upon bike had serious scrapes all over.

Just as the crashed biker was beginning to get his wits, his friend (above) arrived on a matching AirWheel A3. Seems they are like a sit-upon Segway. You sit down and ride around and plug it in to recharge. Like the Segway, I can not see the reason for such a device unless you are somehow incapacitated... which I suppose I will be far too soon.

The cycle-thingy was scraped up in several locations and the rider had bloodied his knee and elbow. I think maybe you need a helmet with an Airwheel A3? It's cool-ish, but do we really need this? (NOTES: The riders said they bought the Airwheel A3 on eBay out of Canada for about $1200 and it streams Pandora.)

I continued my walk/jog without further incident.

After exercise, lunch: the Rack of Lamb prepared yesterday (roasted over carrots, radishes, fennel and potato) was just too rare for my liking last night, so for our left-over lunch, I grilled the sliced chops and served them over a bed of greens from that massive head of lettuce we bought at the Farmers Market on Sunday. 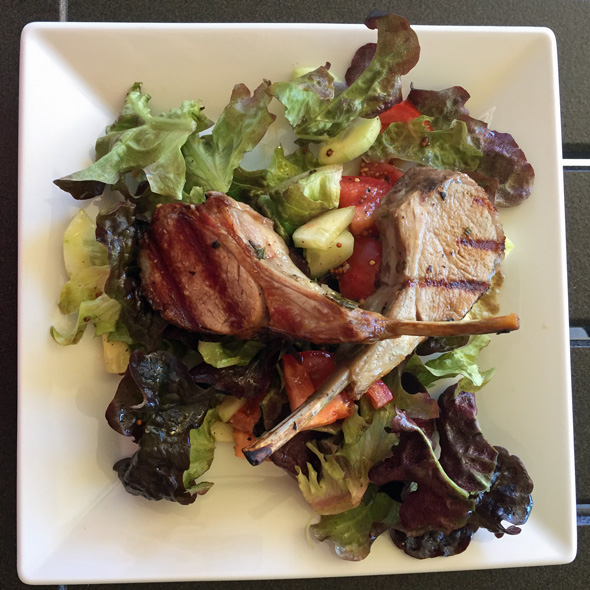 Don't ever forget - we are camping.

Today is Happy Hour Tuesday and we chose a long-time favorite spot, a place we go to often, but rarely early enough for Happy Hour - Stuft Pizza. Of all the popular restaurants in La Quinta, Stuft Pizza must be the most popular. It is not fancy. The restaurant tables are usually filled with golfers and vacationing families. No need to dress up. Just good food and great drinks. Lots of televisions tuned to the latest sporting events. Outdoor patio. Great service. Pizza, of course, but something on the 20-page menu for every taste and diet. What more could you ask for?

Happy Hour consists of cheap wine and $2-off every entree and appetizer. Easy. 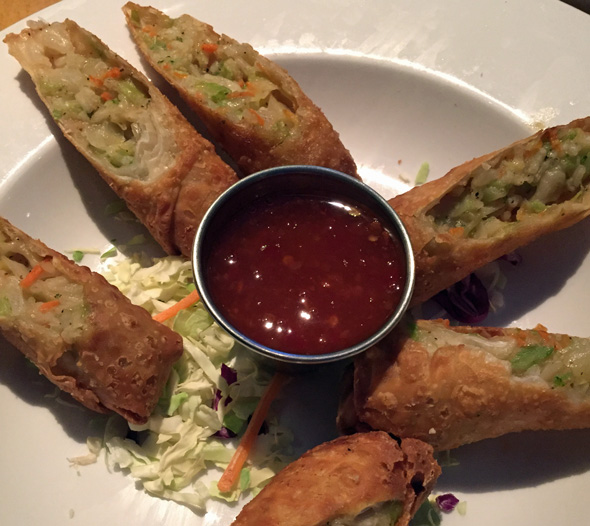 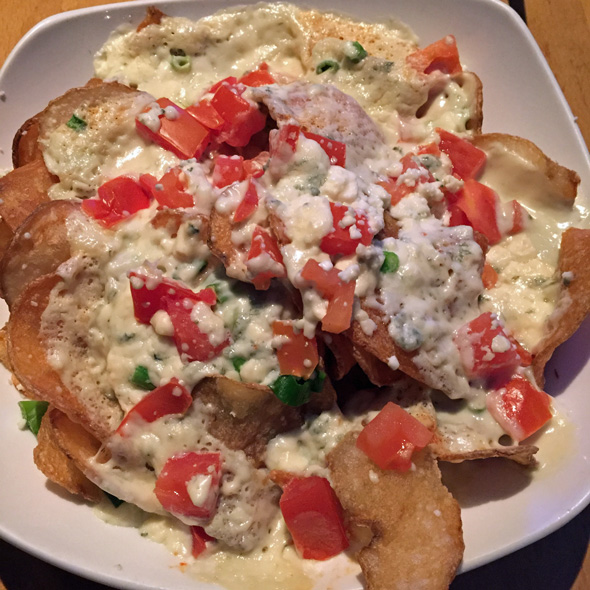 Honestly? One of our favorite and most frequented spots. Check the back of your grocery receipt from Ralph's for a 10%-off coupon.

Until my next update, I remain, your Stuft correspondent.