Indio, California: Such a beautiful Sunday and so many carbs over Thanksgiving had us anxious to visit the organic farmers market. Speaking of carbs... OMG... I took some of the leftover turkey breast, chopped it up, added turkey gravy and a few frozen peas (ya know... for a vegetable), poured the mixture into two small ramekins, then topped it with leftover stuffing. 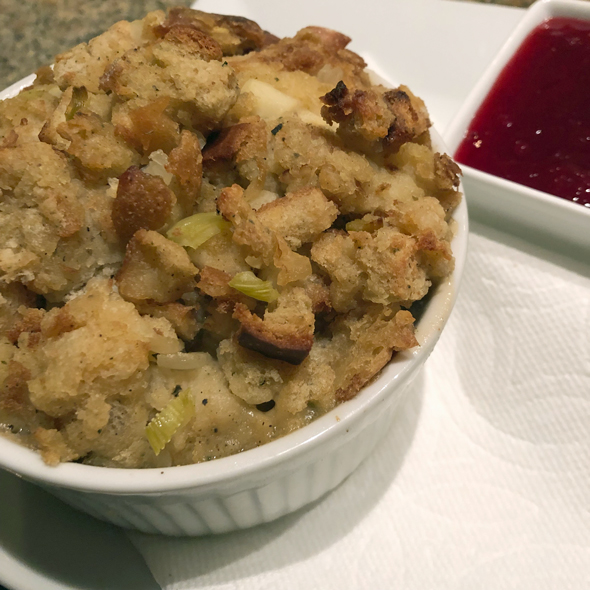 It was like a turkey pot pie with stuffing crust. The rest of the turkey is now vacuum-sealed and in the freezer... ya know... for when we can stand to eat turkey again. 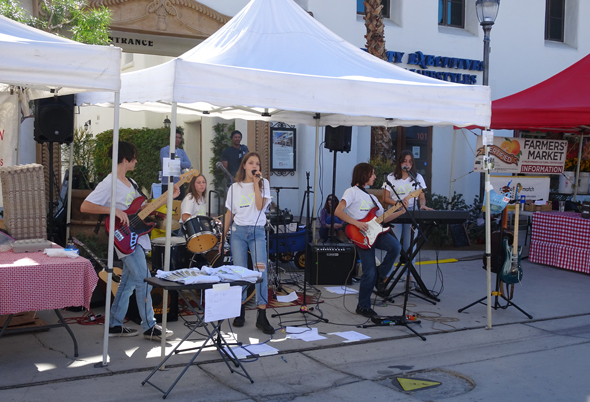 Dave and I picked up our friend, Tim, and the three of us went to the open market in La Quinta. It is held every Sunday morning (in the "season") and has a decent variety of fresh vegetables and fruits, and a good mix of baked goods, cheeses, eggs, frozen fish, some crafts, and usually interesting entertainment. Though I did not catch the band name (their tee shirts read "Traveler"), this week the musicians were high school aged kids, and they were rocking it - playing Fleetwood Mac and other covers. They gathered one of the largest crowds we have ever seen at the market. 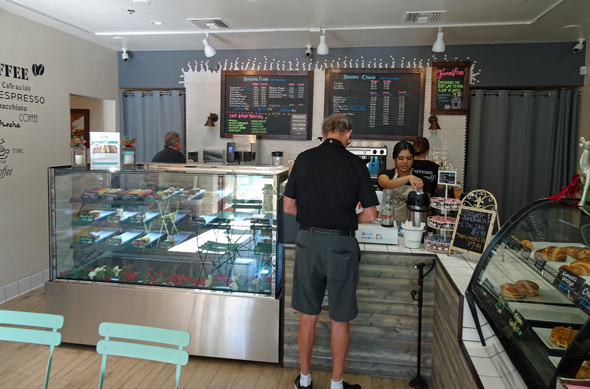 We made a special stop for coffee at a brand new cafe - La Petite Cafe & Patisserie - which opened only four weeks ago in Old Town. We had an extensive tour through the pastry cases by the energetic and helpful staff, but only had coffee - this time.

Then we strolled through the fresh food booths before deciding on what to purchase. 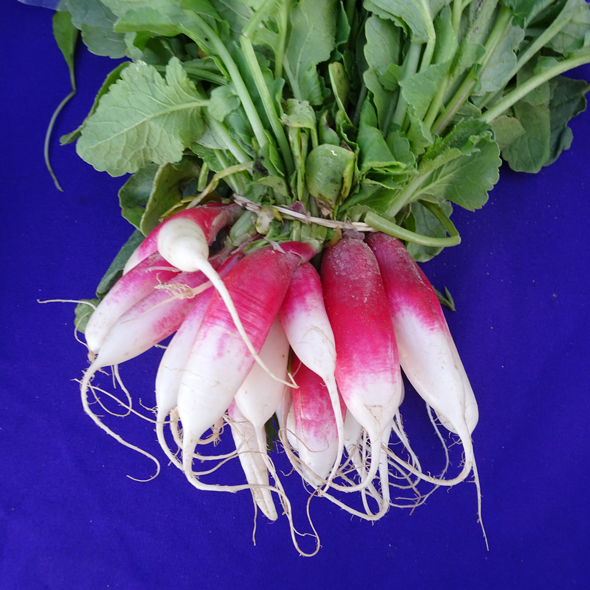 These radishes came home with me 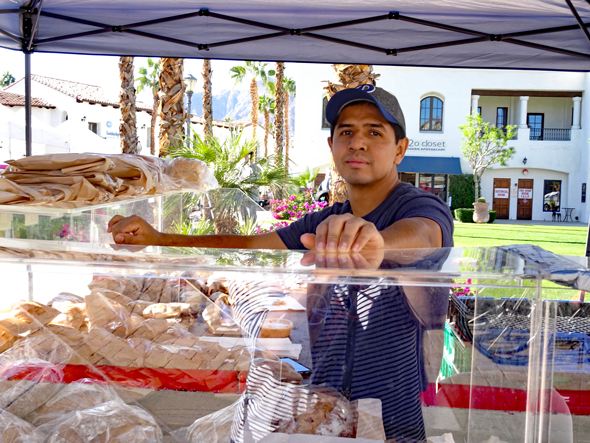 After we had made our purchases, I took everything to the icy cooler waiting in the back of the car, while Tim and Dave found a table at Solano's Bistro for our brunch date. Solano's is a great place, with a large outdoor shady patio where diners can enjoy the bustle of the market, hear a bit of the music, and enjoy a mimosa made with just-squeezed-for-you orange juice. 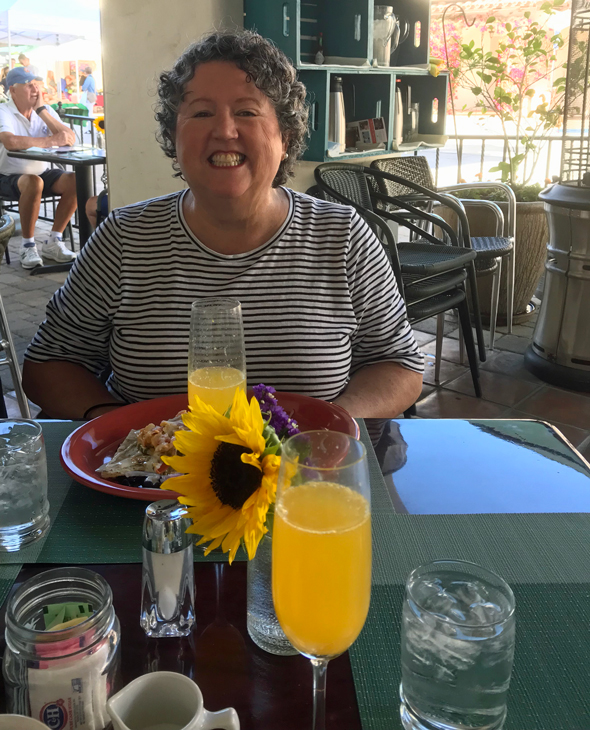 Tim snapped a photo of a very happy shopper this morning 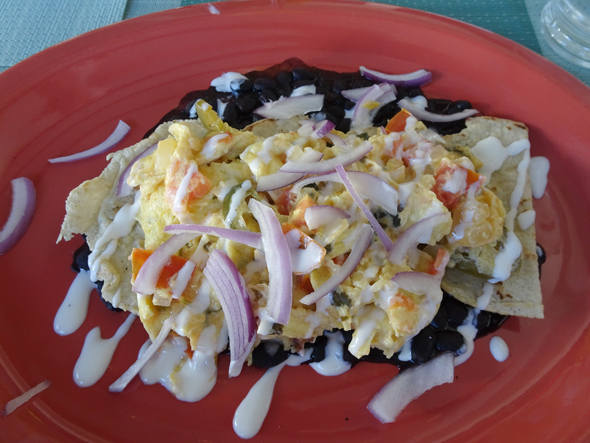 I had some sort of scramble with tortillas, black beans, veggies, onions and cheese. It is normally a 3-egg affair, and though I asked for only two eggs, it was still a monster and impossible for me to finish. 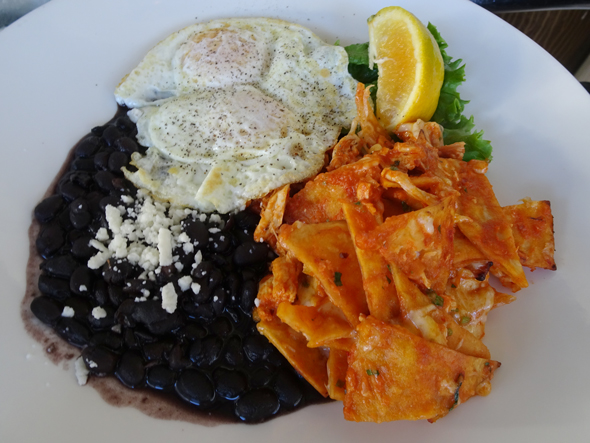 Until my next update, I remain, your stocked-up correspondent.