Indio, California: Dave and I have spent the week getting reacquainted with our campsite, neighbors, resort, and neighborhood. 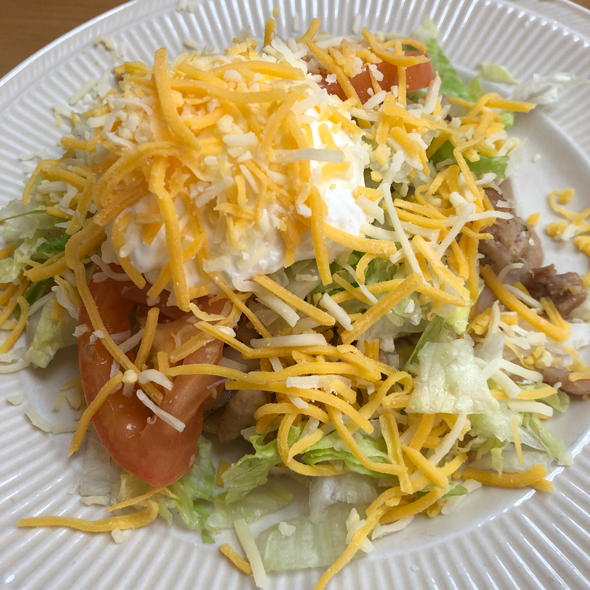 Naturally, our first stop Monday was to Tacos Gonzalez, our most-frequented restaurant in our neighborhood. I had the tostada (above) and DT had two carne asada tacos: 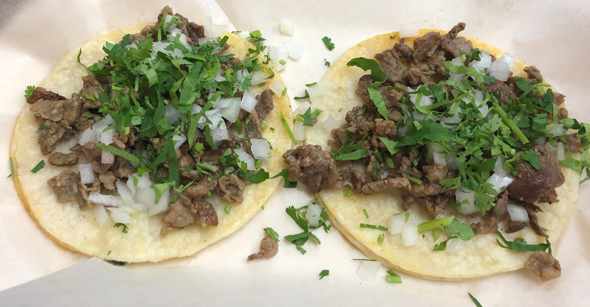 Tacos are still priced at $1.89 each, and are absolutely delicious. 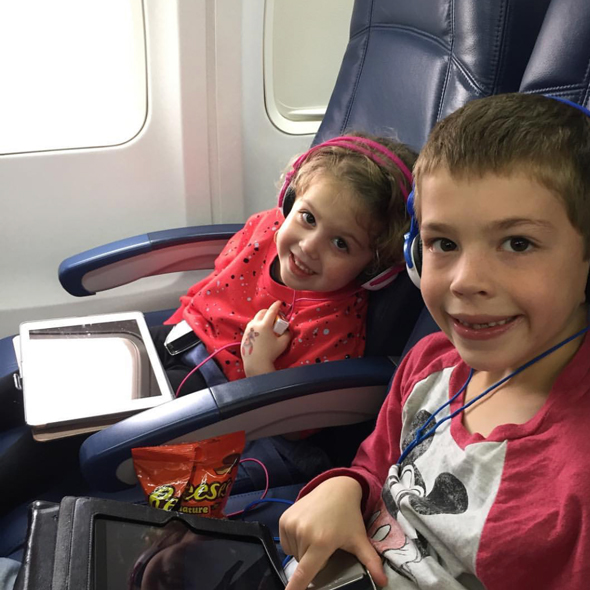 Our little rug rats flew to the east coast to spend Thanksgiving with Lenny's family. We will see them next weekend, so celebrated Thanksgiving as we had not for several years - with turkey! The kids are vegetarian, so it was an opportunity to go "old school" by roasting a turkey breast. I made very traditional dressing and steamed green beans. We bought a fancy Mary's turkey breast from a fancy store. As long as we were at the fancy store, I bought some of their fancy turkey gravy and a tub of their fancy cranberry relish, so our meal was really pretty easy to prepare. 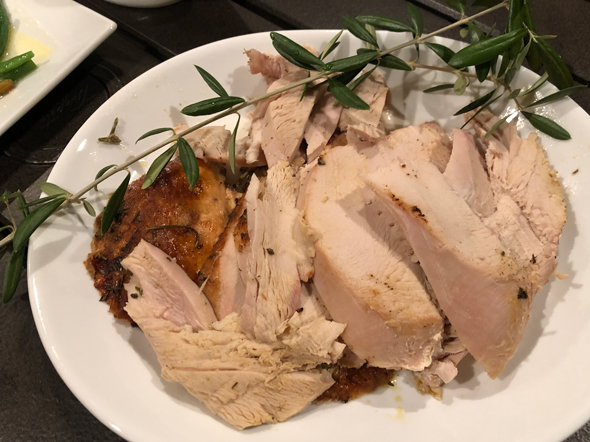 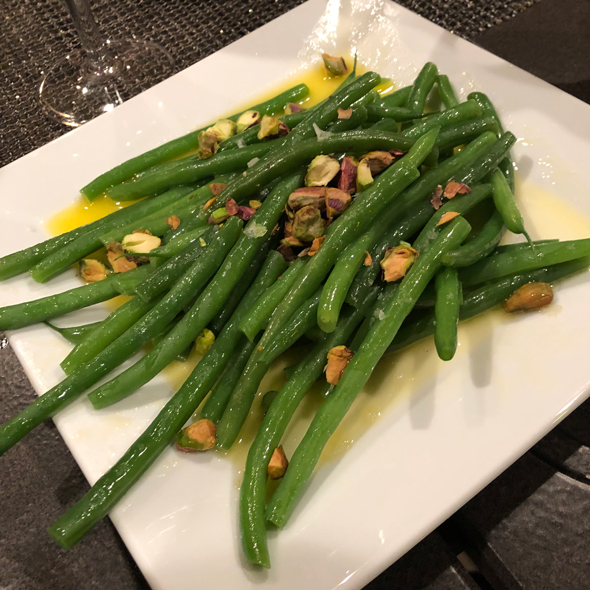 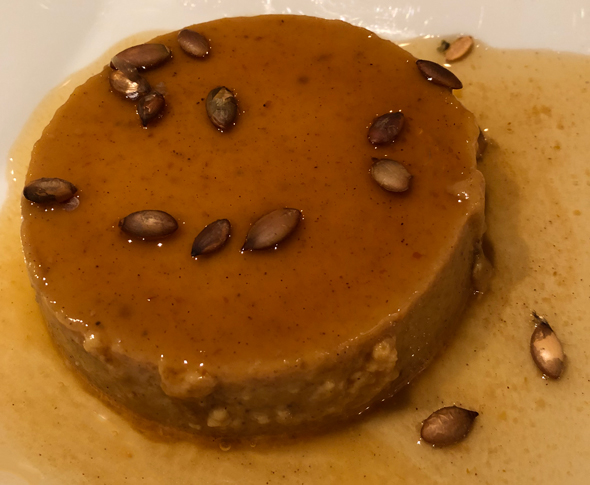 That turkey breast gave-up three quarts of stock for the freezer!

But today was another big day - The Civil War! No, not the war between the states, but the war within the state of Oregon. One of the oldest rivalries in college football: Oregon Ducks v Oregon State Beavers. Today's game was the 124th in the series, and the winner has state-wide bragging rights for an entire year. 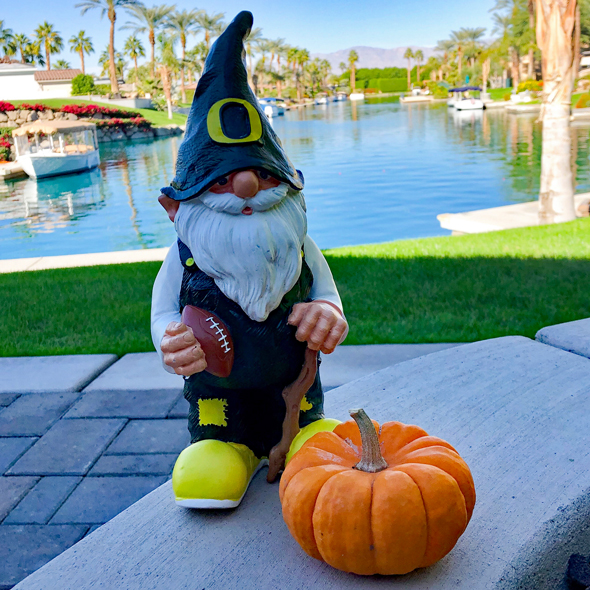 Our little garden gnome followed us to Indio this winter. Poor guy has been abandoned in our garage for several years. He's obviously elderly, so we thought a winter in the desert would be good for his bones (note he uses a cane walking stick). We (obviously) do not own Beaver-fan paraphernalia, so let a teeny decorative pumpkin stand-in as something orange, and as a tribute to the late Dee Andros. 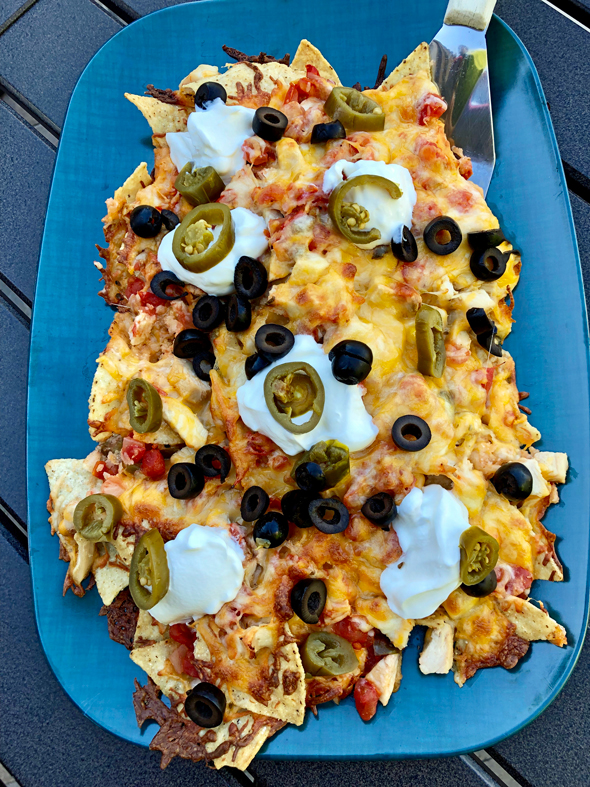 I served turkey nachos at half-time, and the platter ended up becoming our only meal of the day. So filling and so yummy.

Of course, the Ducks won.