Los Angeles, California: Our morning started with Baby Leo playing between us on the guest bed. Such fun. We let his parents sleep-in. Why are babies so sweet, happy, energetic and cute so early in the morning? Leo's new "thing" is to kiss everyone on the cheek. Major lip-locks. Adorable.

Later we went out for breakfast and then Lisa had a list of chores for her Dad. I watched Leo while everyone went about their business. I also turned SIX POUNDS of organic apples into apple sauce for Leo. 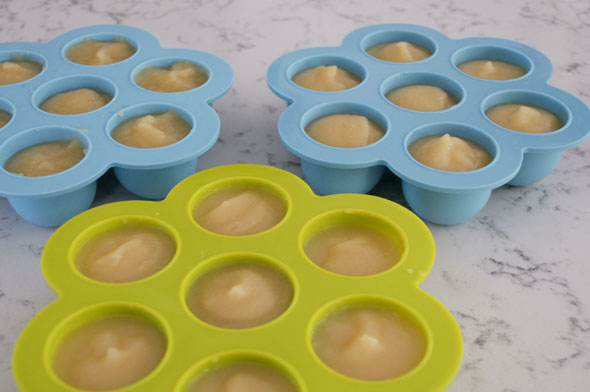 Lisa has these very cool baby-portion-sized freezer containers. As soon as the applesauce freezes, she will pop the frozen cubes out into a baggie and we will refill the containers with six pounds of baked organic sweet potatoes - Leo's favorite!

After Dustin finished his work-out, he came over to see Lisa & Lenn's new house and to meet Little Leo! 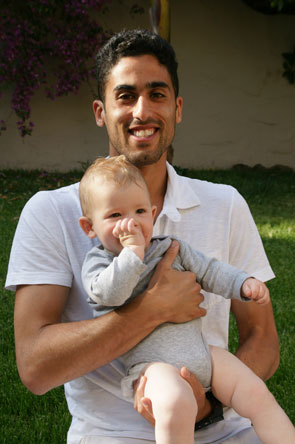 Dustin is a natural with kids and Leo just loved him. 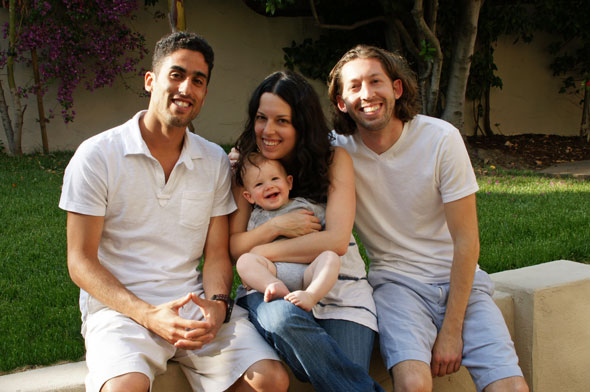 Dustin with Lisa, Lenny & Baby Leo in the garden of their new home 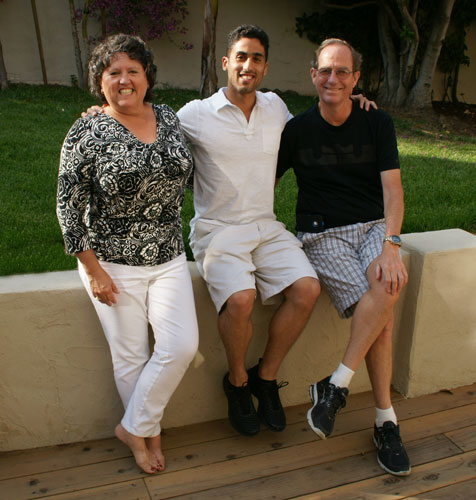 While Dustin was training post-collegiate a few years ago in Oregon, we were his west-coast "parents". Dustin ran track at American University, where his coach was Matt Centrowitz. Centrowitz was DT's teammate at Oregon in the 1970's. It's all a non-complicated mish-mash of long-time friendships and love of The One True Sport that brought Dustin to our table... and you all know I love me some runners!

After Dustin left (he races again next weekend in Palo Alto), Lisa & Lenny went out on a "date" and Gramps and I watched Leo. We fed him applesauce and broccoli, gave him a bottle and put him to bed. 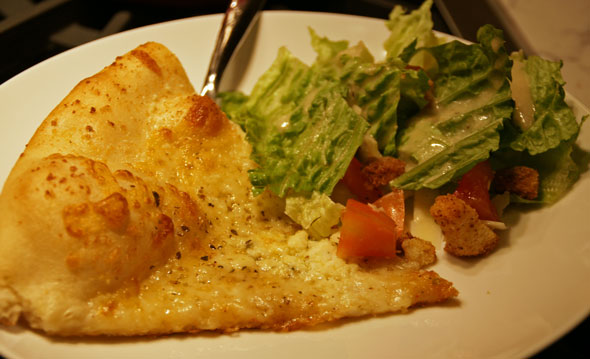 Then we did what any good babysitter would do - ordered a pizza and opened a bottle of wine from their fridge. Until my next update, I remain, your vigilant correspondent.
« Mt. SAC Cray Cray* »