Los Angeles, California: Up early with the birds and babies this morning. Our first night in Lisa & Lenny's new house was quite restful. I did hear Baby Leo fuss a few times, but luckily no longer possess what Leo requires, so I rolled over and went back to sleep.

After coffee and play time with the little guy, DT and I headed east to Walnut, California to Mt. San Antonio College (known around here as Mt. SAC) to watch Dustin Emrani run his season-opener 800m. Dustin is now training with his old coach back in New York City. 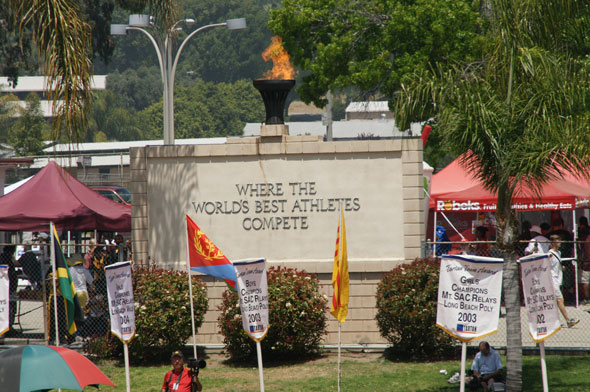 This was the first time DT or I had been to the famous Mt. SAC Relays! (I know, hard to believe, right?) The meet is huge - three days long - and encompassing everything from high school to professional athletes. The meet has been held for 54 years.

Yes, that long ago.

Actually, so long ago, that we were now eligible for the "Senior" ticket price to the meet. Score! 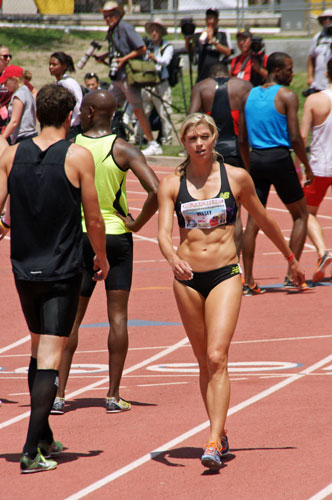 How many crunches do you think (30 year old) Maggie Vessey goes every day? Ms Vessey won the 800m this afternoon.

After the women's 800m, the men started racing. 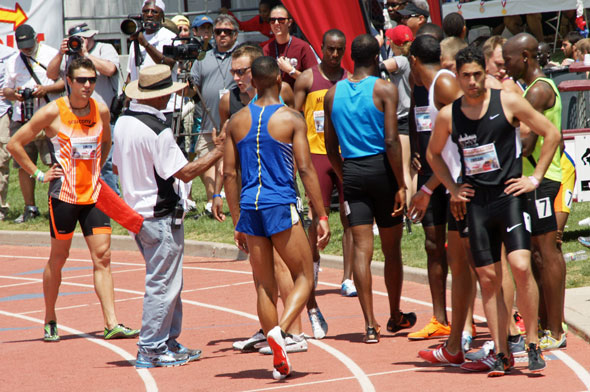 Dustin (all black, right) was focused and psyching himself up for his race.

Unfortunately, there were 18 racers in his heat. On an 8-lane track, that is simply dangerous. The race was not particularly fast, but Dustin had a great start to his season. Hopefully Dustin will qualify to represent Israel in the 2012 London Olympics. 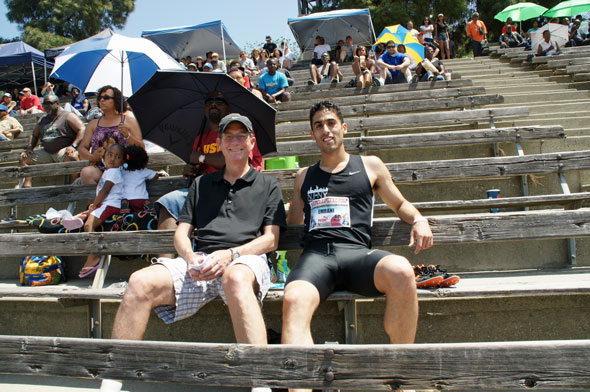 The stadium needs just a little work, don't you think? But look at these two handsome fellas in the bleachers! 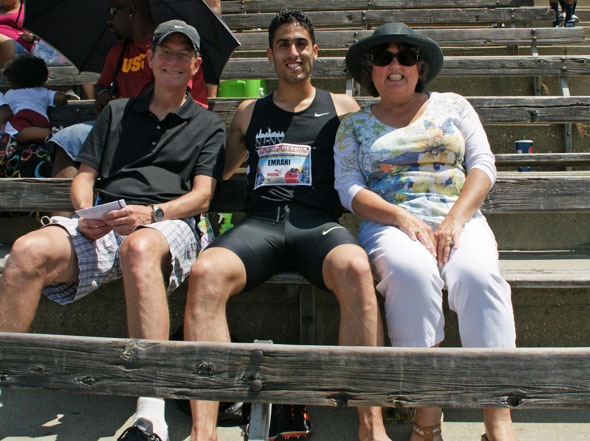 Look at us! It was 90-something in the sun - but it was just fabulous to be able to watch Dustin race again! 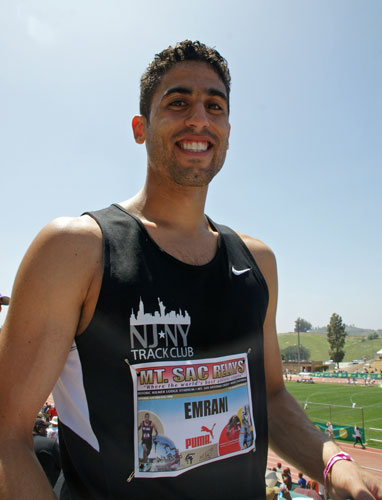 Back in Los Angeles, Lenny's sister, Colleen, joined us for dinner at Canele in Atwater Village. Canele was one of the nicest meals we have enjoyed in a while - and they were so accommodating to Little Leo. I had the best duck confit EVER. Seriously, one of the best I have ever eaten. I really recommend this LA gem.

Until my next update, I remain, your track-fan correspondent.