Indio, California:  Because we do not think like normal rational people, we left Los Angeles at 10:30 last night and drove back to Indio. In our Little Brains, we figured we would either have to a) get up at first light Monday morning to beat the LA commuter traffic or b) not leave Los Angeles until the commuter traffic slows-down at around 10a. We went with Plan C = get out of town while everyone else in SoCal was at the Coachella Music Festival.

See, there is a method to our madness.

The kids were not so excited with our plan, but as soon as Lisa & Lenny returned from their date-night, we were out the door. The drive was uneventful and very fast. No traffic at all. Lisa was anxious for me to text her that we had arrived back to Indio, but with all the Coachella hipsters flooding out of the Polo Grounds about the same time we arrived into Indio - there was no cell service available. (I assume all the data service was being used up with messages such as: OMG that was SOOOOO AMAZING! Did U C 2Pac????)

I sent a message to Lisa stating we had arrived back to our RV at 12:30a. It reached Lisa's phone after 2a. 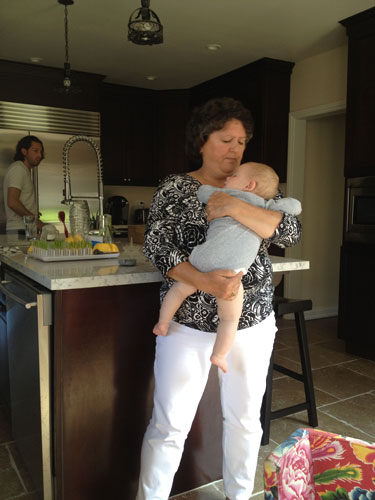 I found this photo on my phone this morning. I do not recall anyone snapping the shot, but this photo pretty-much represents my stance much of the weekend. Leo simply crashes out and melts into my chest. 17 pounds of baby. Now you understand why I think I am having a heart attack every Monday morning. Shooting pains through my left arm. Is it The Big One? Nope. Just my aching arm from toting the tot for three days.

Remember our Famous Friend, triathlete Jesse Thomas? Jesse is the cover-boy on Triathlon Magazine this month! Leo wants to be just like Jesse. Leo was rocking the aviators. Seriously, they have aviator sunglasses for babies - called Babiators. Why can't I think to invent such things? 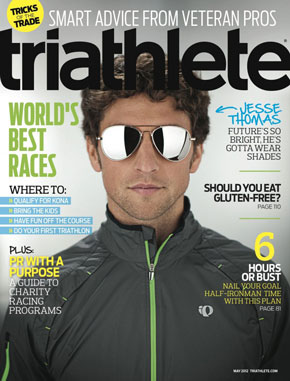 Leo & Jesse: awesome in the aviators (Jesse is the drool-free dude on the right)

Back to last night... it was a very restless one, waking several times not exactly sure where we were. DT had slept in three different beds within the past week. That awkward feeling when you wake up and are not exactly sure of your location... subsequently having an odd confused feeling all day...

Our morning went meshuga early. Dynamic Mobile Detailing asked if they could wash our RV today instead of (our appointment for) tomorrow. Thank goodness they came today - while washing the front windscreen, they found our wiper blades had turned to cracked powder. We had to get blades and we had to get blades fast. It may rarely rain here, but we are headed to Oregon.

On our way to search for blades, we may just as well have a good-bye lunch at Taqueria Guerrero: 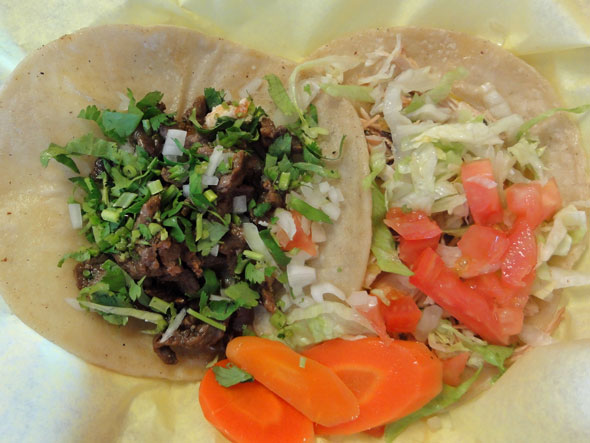 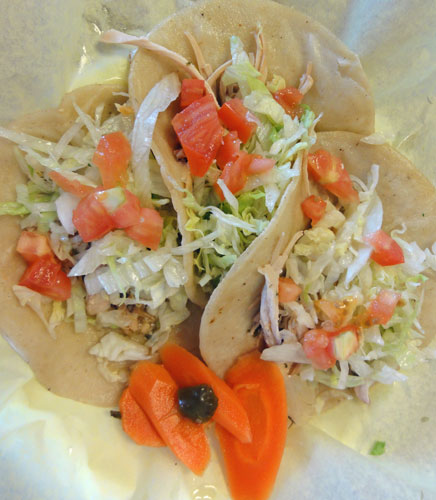 While we were scarfing-down on our delicious $1.29 tacos, we recalled that we had invited Marci, Jim, Debbie & Mark to "Taco Night" at our clubhouse. Tonight!

Then we found the Indio post office, shipped orders, and continued to a teeny little RV supply place, Sunbird RV Supply, where we placed an overnight delivery for two 32-inch-long wiper blades. $77.

I told you our day was a little wild.

We raced back to the RV to prepare a pitcher of margaritas for our guests. The temperature was in the high 90's, but sitting outside in the shade, we thought it would be fine for a cocktail before dinner. We were wrong. It was SO WINDY. Hot air. We finally blew on up to the clubhouse and enjoyed really good tacos. The Taco Night menu is simple. Three tacos. Chicken or Beef. Hard or Soft Shell. Easy as that. Any combination. You decide. They offer $4 margaritas and $2.50 Mexican beers. Can't beat that. Dessert - ice cream with caramel sauce with cinnamon-sugar dusted tortilla triangles - is included. 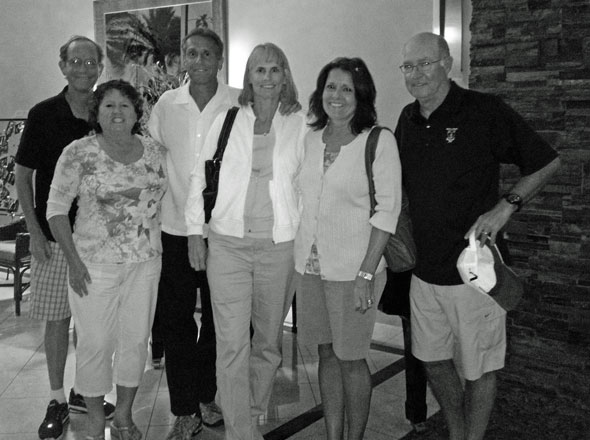 Here we are. Bellies full. Old friends at our final feast of the season. A great ending to a strange day.

I will leave you with something crazy-beautiful. Mary & Cory have now made it over to the right coast of Italy - Cinque Terre - and Mary has sent the most gorgeous colorful photo of Manarola, Italy: 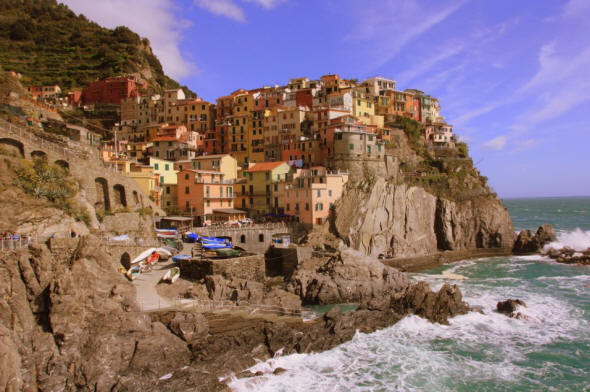 Don't you just want to go to this beautiful spot? Sit under an umbrella table? Sip a lovely wine? Watch the waves? Forget about your cracked wiper blades?

Until my next update, I remain, your normal correspondent.