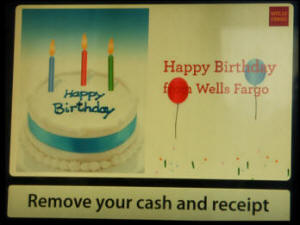 Las Vegas, Nevada: We were so busy yesterday and were out late celebrating DT's birthday. Yep, My Driver is a year older and wiser. Even the ATM at our bank wished him a Happy Birthday. He had a very fun and relaxing day and then we went to dinner.

After observing Passover for eight days, I was surprised DT chose Nobu (in the Hard Rock Hotel & Casino) over an Italian restaurant for his birthday dinner. I thought he would be craving carbs, but instead, he was craving sushi. The food at Nobu is Japanese, but with a Peruvian twist. A wonderful twist. Yellowtail sashimi in a lime-soy sauce with fresh jalapeno, is the Nobu signature dish and one of our favorites. They also have Kobe beef - though it comes from Australia - sliced paper-thin, lightly seared and seasoned. Delicious! 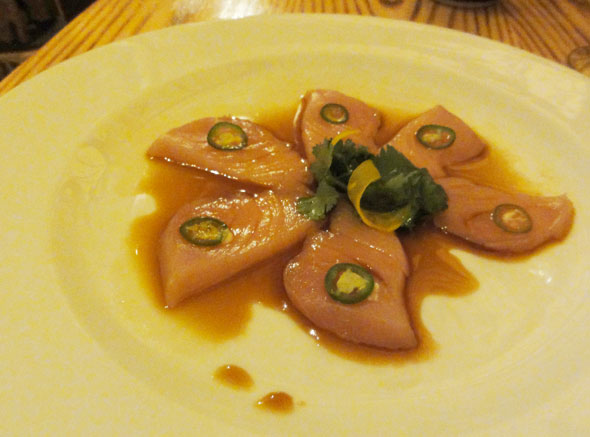 We had a late start this morning. The dude scheduled to wash our bus at 9 o'clock showed up at 10 o'clock and then promptly left to go fetch a forgotten ladder! Egads. Finally, late morning, we headed out to walk because we don't get enough exercise the famous Las Vegas strip - up one side and down the other - to see what we could see.

Here is my photo report, which I have titled "Strip Tease". Enjoy! 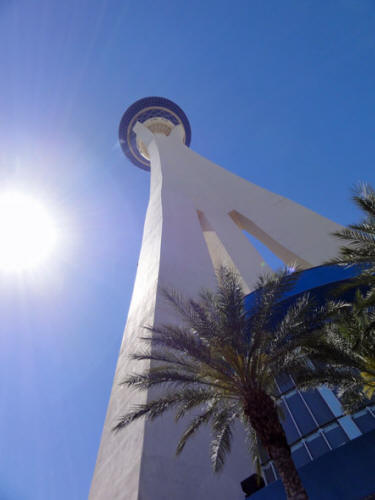 This is the Stratosphere. I have never been to the top and hope to never go to the top. I am not afraid of heights. I am afraid of thrill rides and there are four death-defying spine busters on top of this dang thang. One ride actually hangs over the side. Who would do that? What evil mind invents such terror? 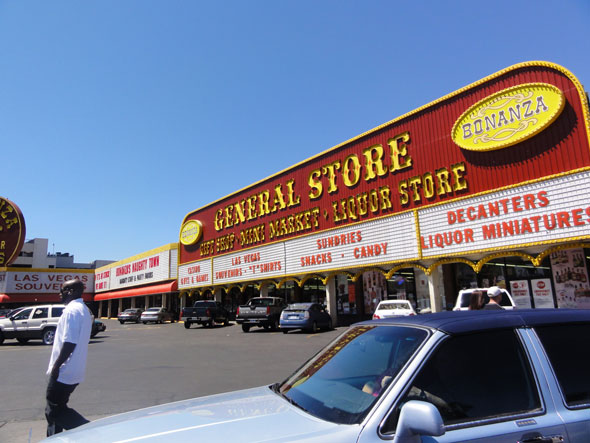 According to the sign, this is the largest souvenir store in the world. Now you know! 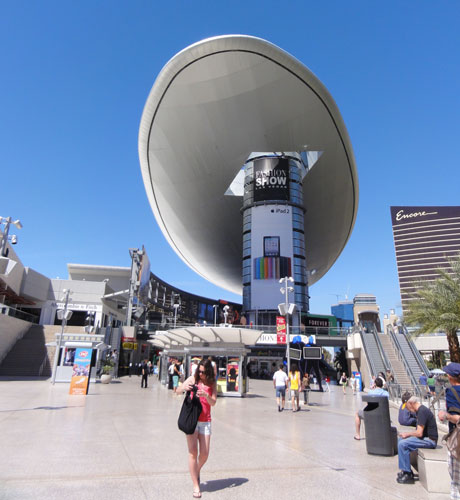 We parked at the Fashion Show Mall and started our trek down The Strip. If there is a better city for people-watching, I can't think of one. People from all over the world, speaking so many different languages. Everyone is having a good time. Lots of smiling. Probably the fact half of the people are carrying around two-foot-tall frozen fruity cocktails makes for the joyous atmosphere. If it weren't for the fact I can't walk and drink at the same time, I would have happily joined them in their sugary alcohol fog. Lots of booze (and the possibility there are no mirrors in Las Vegas hotel rooms) may explain some of the ensembles we saw today. On the other side, the cutest thing we saw today was a toddler wearing a "I STILL LIVE WITH MY PARENTS" tee shirt. 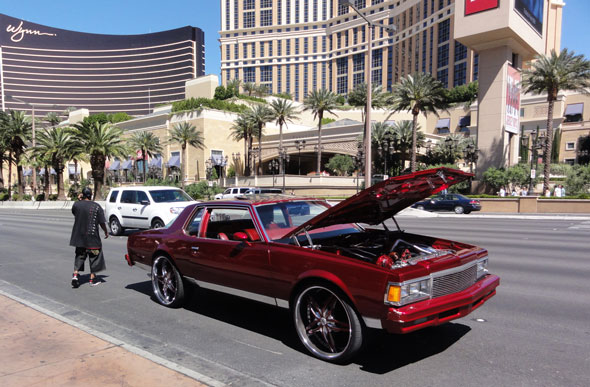 Oops. This guy was not smiling. His pretty car was dead. 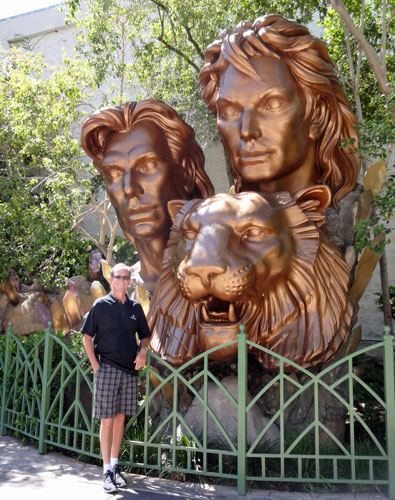 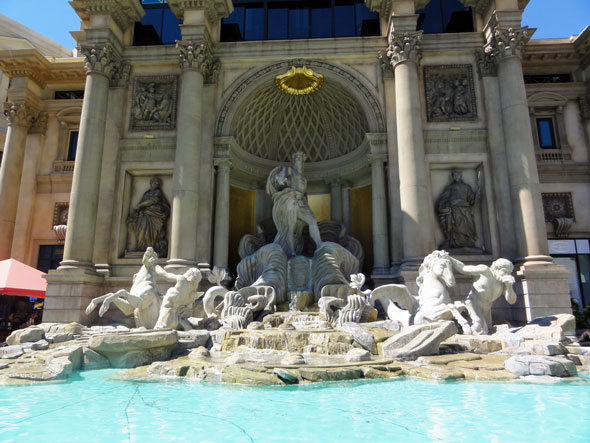 Hey look! We are back in Rome. Nope! It's just another fountain at Caesar's Palace. 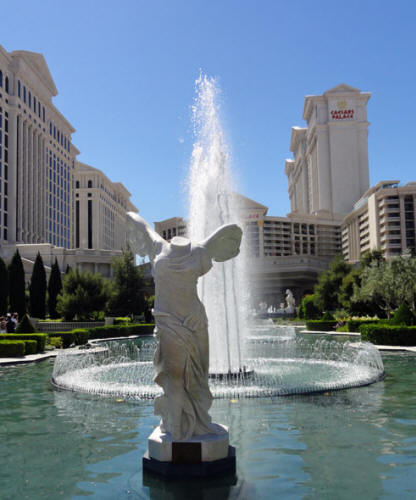 Another Goddess! Nike of Samothrace, Winged Victory, the Greek Goddess of Victory. I'm telling you, a visit to Las Vegas is so cultural. 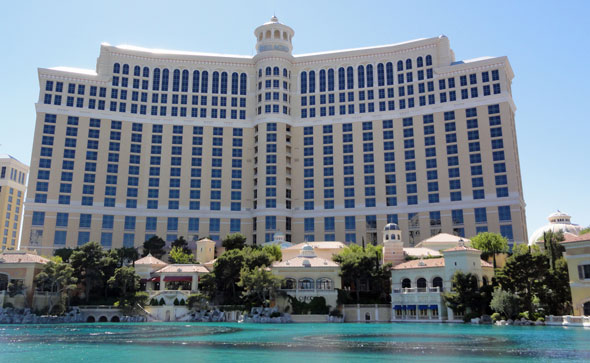 Remaining in Italy, we next visited the beautiful Bellagio Hotel. 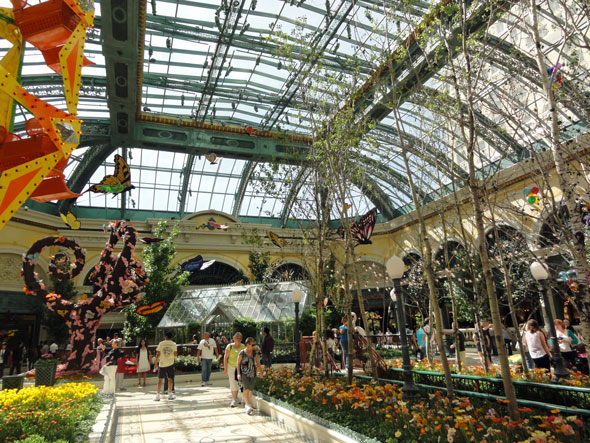 Four times a year, with the seasons, the Bellagio transforms their sunny conservatory into a floral fantasy paradise. For spring, the theme is some-sort of surreal amusement park - complete with poppies, tulips, hydrangeas, chrysanthemums and a zillion hyacinths. 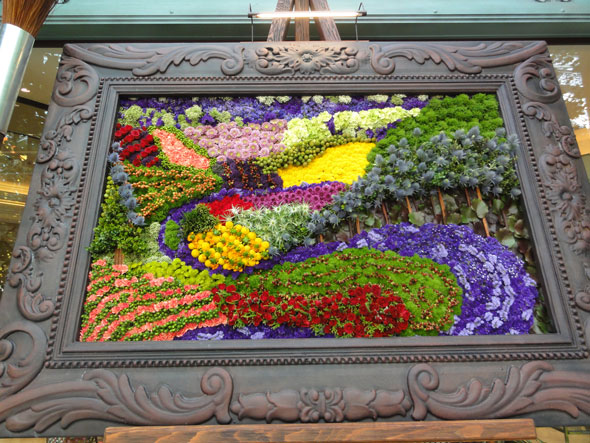 Even the art is made of flowers at the Bellagio. 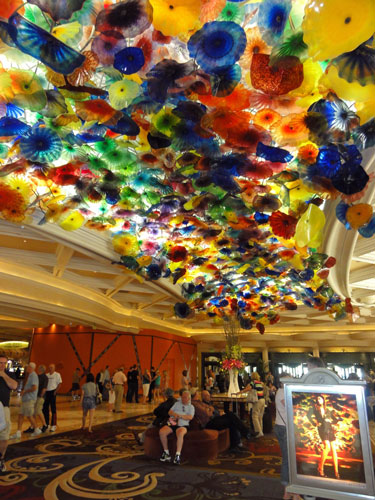 The masterpiece of the Bellagio Hotel is the lobby ceiling covered in glass flowers made by Seattle artist Dale Chihuly. 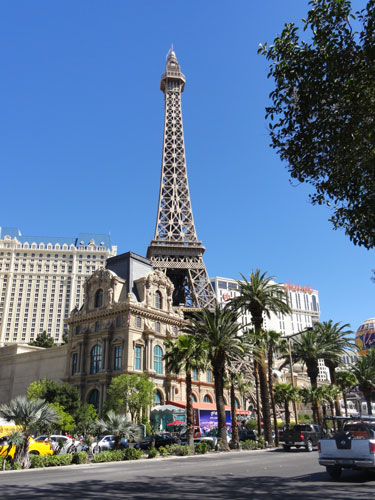 Isn't it convenient that France is simply across the street from Italy? Those European countries are so close together!

We saw so many interesting street performers today. 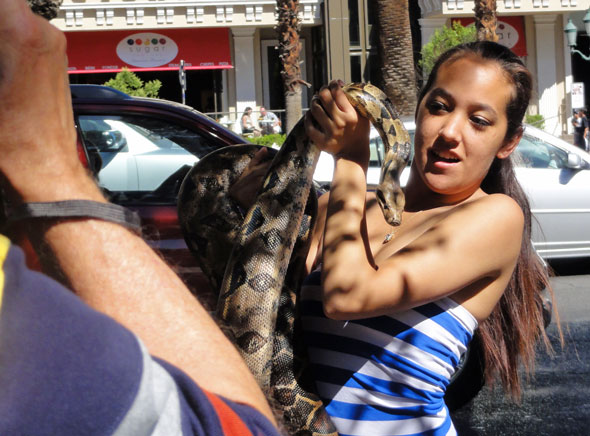 Apparently it was "Take Your Daughter Snake to Work Day". 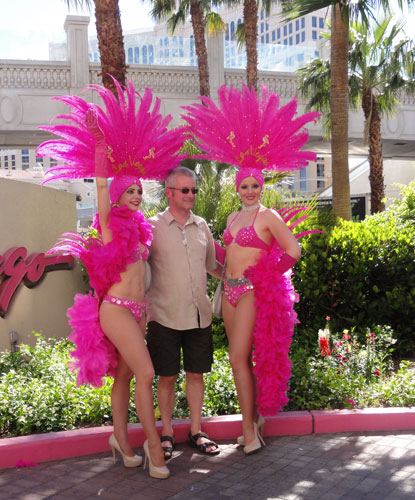 For a few bucks you could have your photo taken with girls from the Flamingo. (I hope his wife does not read this website.) 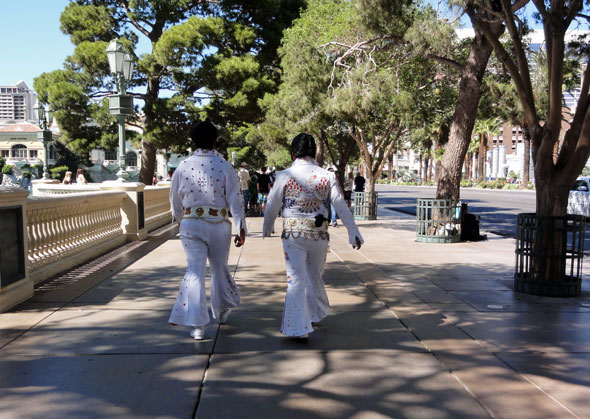 Does this photo really need a caption? 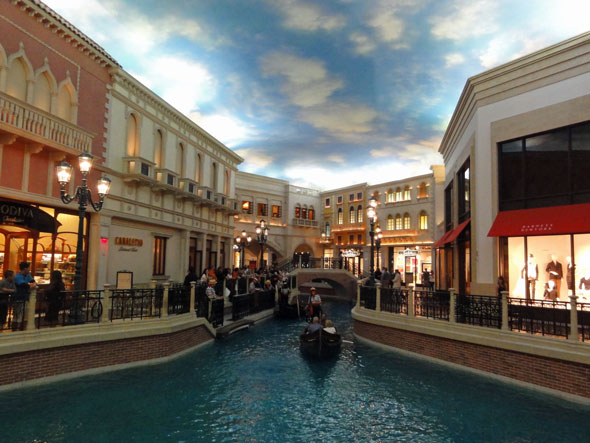 This is why we love Las Vegas. It is ridiculous. Over-the-top ridiculous. It doesn't even pretend to take itself seriously. The hotels have all the ridiculous fluff to keep you busy while you are not in the casinos losing your money. Everyone knows this is not Venice, so let's just make it Venice-like, except without the stinky canal water. No traffic jams. No crowds. No trash. And it never rains.

Freaky thing about these "Venetian Canals"? They are on the second floor of the hotel. 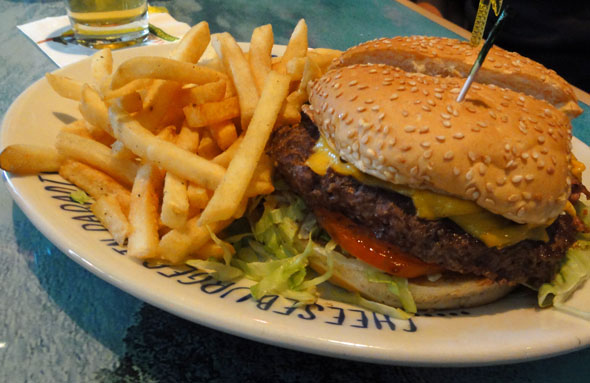 The fitting reward to our miles-long trek - we split a Cheeseburger in Paradise Las Vegas at Jimmy Buffett's Margaritaville Cafe. It was the most normal thing we saw all day.

We're making a few changes around here! Today we are launching our very own reader comment area. Ta Da! The RV Goddess is not exactly the coding queen you might expect, so it has taken me a while to get this little comment section ready for use. Please be patient - and please fell free to leave a comment.

« Lunch in Italy This & That – from Bakersfield »