Wow - did we ever have a doozy of a storm blow through NW Oregon. The weather had been so lovely - warm, sunny days... but with more humidity than we usually have in Oregon in June.

Just before 5p, the sky grew dark and the forest became very quiet. That means trouble.

Suddenly a gust of wind came through and shook the trees. It was as if Mother Nature had strapped on her leaf blower - the amount of needles, leaves and assorted debris that came off the trees was amazing! Then our emergency weather radio announced we were under a storm alert. 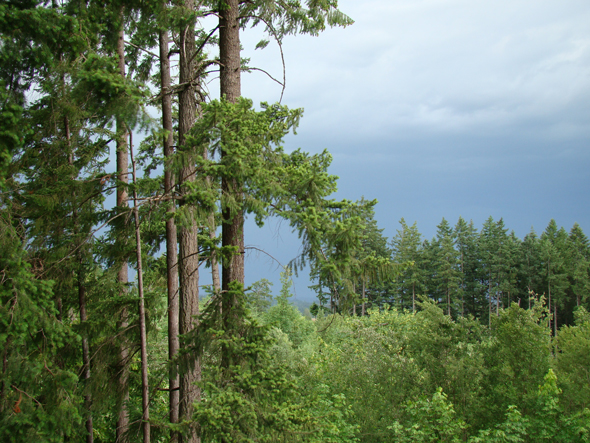 The temperature dropped 25 degrees in one hour. The local television news reported only the weather. Trees were down all over NW Oregon. Funnel clouds were spotted. We lost our power momentarily a few times. Once, the lights flickered, dimmed, flickered again and again - confusing our poor old house so much - the surges caused our doorbell to ring and of course every clock in the house needed to be reset. I hate it when that happens. 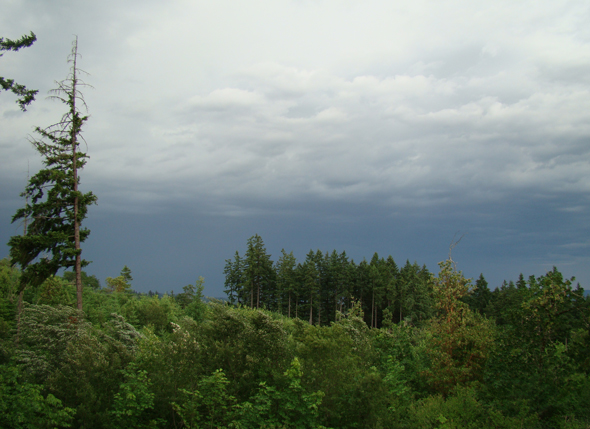 Thirty minutes later, the wind stopped and we had a very loud thunder and lightning storm - complete with a good downpour. DT and I both jumped when lightning cracked over our house and a clap of thunder followed immediately, shaking the entire house. Scary stuff. 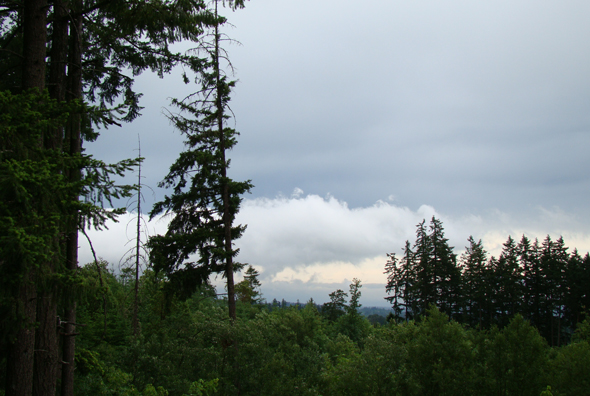 Quiet after the storm

We lost one (tall and thin) tree down in the woods behind our house... and it didn't fall over so much as was pushed and is now at a serious lean. Mounds of fallen branches and debris will needed to be cleared. 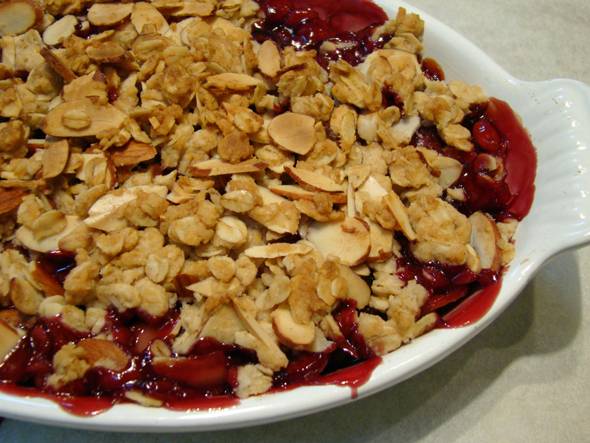 Luckily, we had this sweet cherry treat to cheer us up

Under my next update, I remain, your blowin' in the wind correspondent

« Easier French Fries? The Morning After »