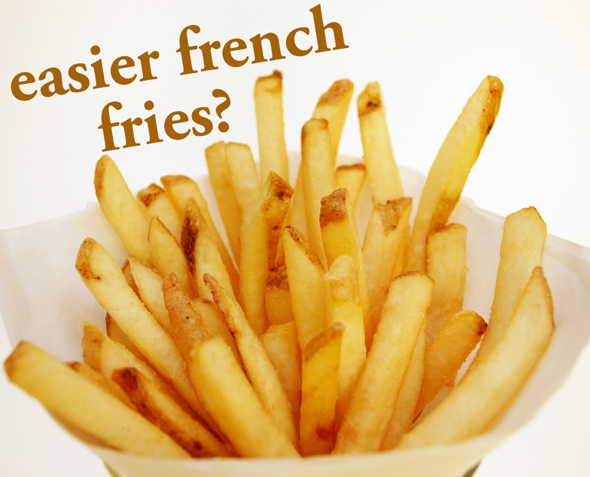 I subscribe to just about every cooking magazine and journal published in America (and beyond). It is quite an investment of time to look through each issue, but I accept this challenge with anxious excitement when each new issue appear in the mailbox. (While on the road in our motorhome, our housesitter send us a FedEx mail packet every few weeks.)

When a food magazine has a recipe I find interesting, an unfamiliar food item, a new gadget, or the latest/greatest cooking "idea", you can bet the ingredients will be on my shopping list and I will be in the kitchen, magazine-in-hand... my guinea pig husband waiting at the table to consume the next "adventure in eating".

Anyhoo... the July/August issue of Cook's Illustrated has an article on French fries - how everyone loves French fries, but they are such a mess to cook, use so much oil, are so unhealthy, on and on... and, how could they improve fried potatoes?

Imagine my surprise when their staff discovered the easiest way to achieve the best-tasting, lowest-fat, least-messy French fry is to place the sliced potatoes into room temperature oil, bring the oil to a boil and cook the potatoes until they are golden brown???

You can go to the Cook's Illustrated website to read the article... but you have to join/pay/sign up. Here is a short version: they tested many varieties of potatoes in several types of oil and discovered unpeeled Yukon Gold potatoes fried in peanut oil was the best combination. The recipe lists a large Dutch oven, 6 cups of peanut oil and 2.5 pounds of potatoes (about six medium) scrubbed, dried, cut into... well, French fryshape. (The magazine actually calls for ¼-inch batons - how very French!) The recipe will serve 3-4 people; so I prepared around a half-recipe. 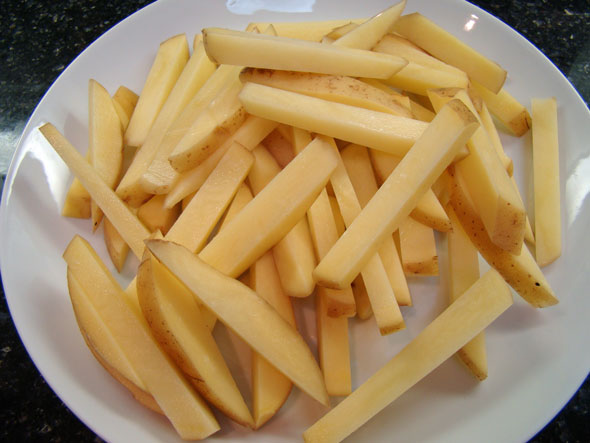 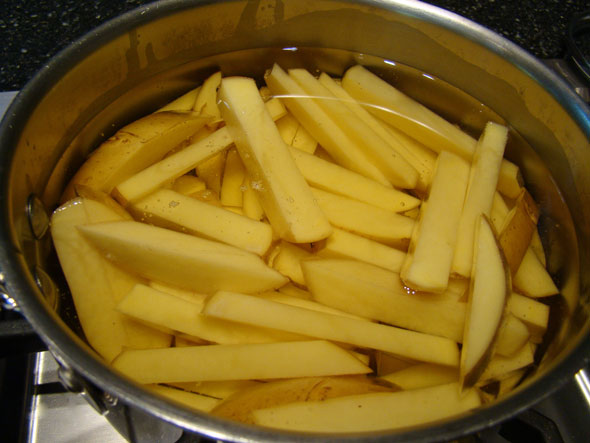 The potatoes are covered with room-temperature peanut oil (nope, that is not water) 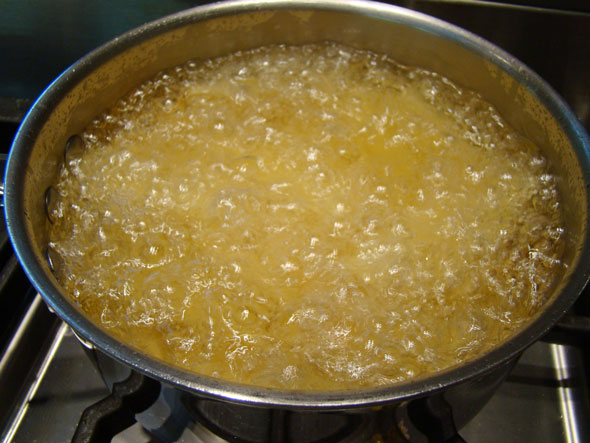 The recipes says to cook the potatoes over high heat until the oil reaches a rolling boil, then continue cooking - without stirring!!! - about another 15 minutes.

So now about 20 minutes has gone by and the potatoes are firming-up on the outside, but not yet browned. Now you can carefully stir the potatoes, using tongs and gently remove any that want to stick to the sides or bottom of the pan. Be CAREFUL, people! 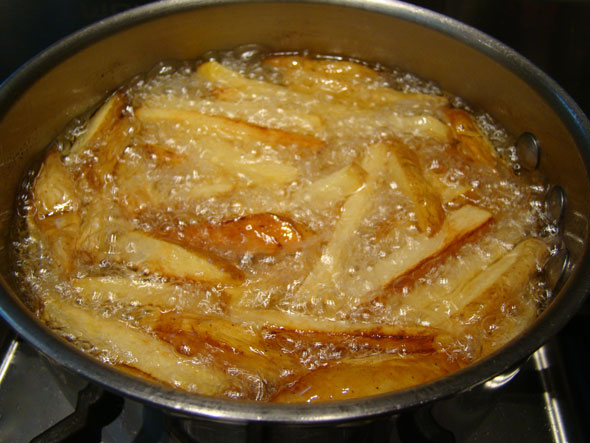 After the potatoes are floating loose (I only had a few that wanted to stick), let them fry away for another five or ten minutes until the potatoes are golden brown. Carefully remove with a slotted spoon to a baking sheet lined with paper towels. Sprinkle with salt and serve right away.

A very interesting aspect to this cooking method is the lack of splatter. There was very little mess around the burner, and the kitchen didn't smell too "greasy" either. 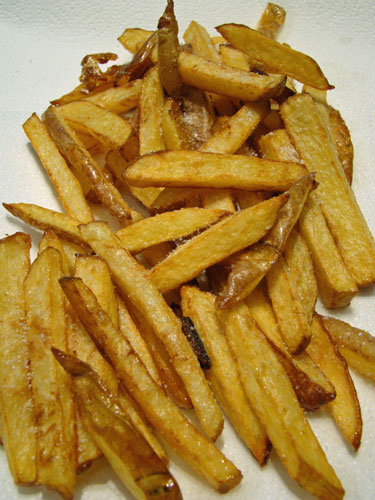 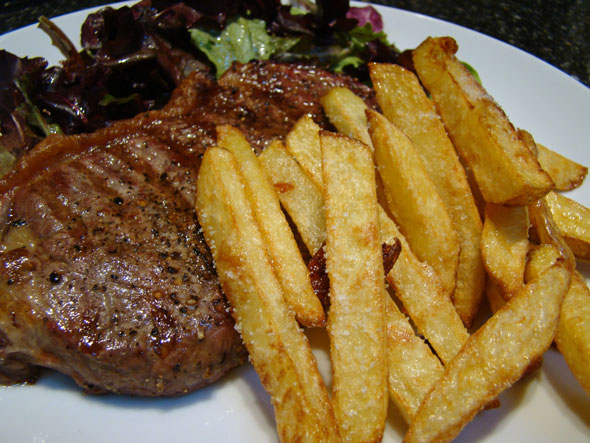 How about the taste? They were fresh, not oily and tender inside. The French fries were very pretty and smelled very good too. Our potatoes were very sweet - not the fault of the recipe, just happened to grab Yukon's with a very high sugar content. Next time, I may try russet potatoes.

But the most amazing thing? After perfecting the technique, the chefs at Cook's Illustrated had a lab test the fries - the cold-oil method produced a French fry with 13% fat, versus 20% with the usual fry-twice method. I used an entire QUART of peanut oil to fry the potatoes. Hours later, after the oil had returned to room temperature, it was strained back into the bottle. Look how little oil was used! 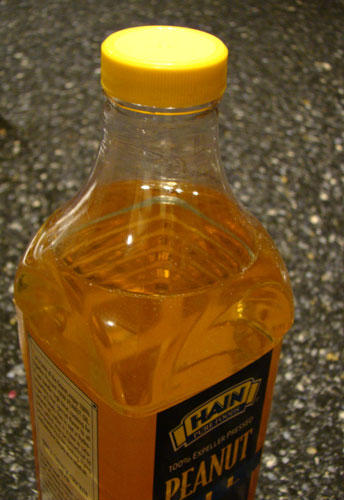 Though the method still doesn't make sense in my little brain, it certainly works well. Until my next update, I remain, your "would you like fries with that" correspondent.