Los Angeles, California: I would love to report we had a quiet, lovely weekend - sheltered in our pretty RV resort - away from all the Coachella Music Festival madness, but I am not a liar. Can you even believe that we had another sand storm? The fourth this season.

The weekend started so promising. Captain Jim and Mary came over for dinner Friday. (I am experimenting on a recipe using chicken thighs and grainy mustard.) It was a fun evening, enjoyed outdoors. 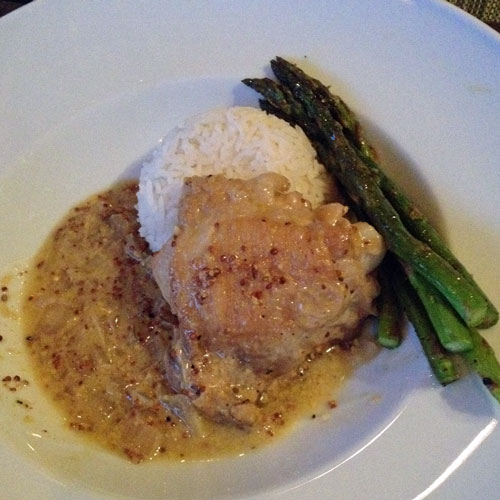 But by Saturday evening the winds were so horrid, we couldn't even go outside. We sealed ourselves inside our motorhome, cooked an easy pasta meal and watched television. The sand was so thick, we couldn't see across the lake and heard the poor kids at the music festival were covered in filth, the sound and electrical equipment took a beating and the musicians were having a difficult time performing. Anyone wearing contact lenses suffered.

When we woke Sunday morning, we could see our footprints left in the sand dune on our motorhome floor.

Even before morning coffee, we started vacuuming, sweeping, dusting, wiping, mopping the motorhome and then started hosing off the covered pavilion. Amazingly enough, the seal on the door to the little casita is air-tight and there was nothing to clean there. Whew. Of course, our just-washed motorhome needs to be washed again. Ditto with the Honda.

Sunday evening was the annual cocktail party held at the clubhouse restaurant, hosted by the real estate agent in the Motorcoach Country Club, Kerry Johnston. Kerry, a native Oregonian, ex-professional golfer and huge Duck fan, has the best job as he is the sole agent in the resort. Every lot has been sold at least once and many have been sold several times. At the end of each season, Kerry throws a huge bash for his clients and, well, we are ALL his clients.

After the party, I made a pizza - one last carbo-load before Passover. 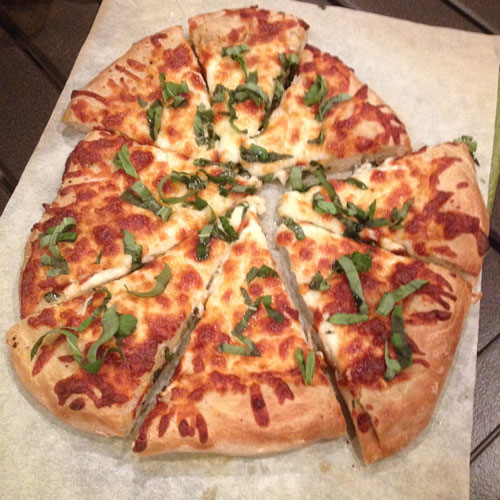 The kids were supposed to spend the first two nights of Passover with us in Indio, but suddenly plans changed. Lenny is starting a new job next week, so instead of coming here for Passover, everything was quickly reorganized so Lisa and Lenny could sneak away (without Leo) for a few days. We will watch Leo while they are away.

So... we brought Passover to Los Angeles!

We weren't the only two people driving from the Coachella Valley to Los Angeles today. 75,000 Coachella hipsters were also on the road. The first 30 miles took us two hours. 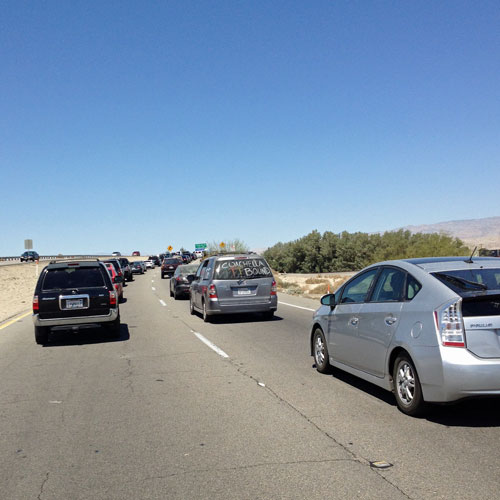 All the painted (Coachella or Bust, etc.) cars were caked with filthy sand. We were actually parked on I-10 today. It was ridiculous. In the end, it took us 4.5 hours to drive 135 miles and I had to rush to get dinner on the table before sunset.

No matter. When we saw this little face, the stress from driving disappeared. (The four cups of wine consumed during the Seder also helped.) 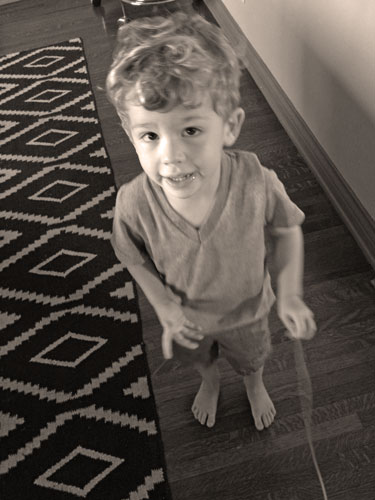 Let's see if we feel the same way about this charming youngster after spend four days as his caregivers.

Until my next update, I remain, your optimistic correspondent.
« Time Again Day One »