Portland, Oregon:  I have never claimed to be the sharpest crayon in the box. Today proves the point, and the fact I omit to these failings contributes to my first statement. As you may know, Thursday is Soup Day on the weekly meal plan. Today we had soup for lunch and soup for dinner. Poor planning? Yes. 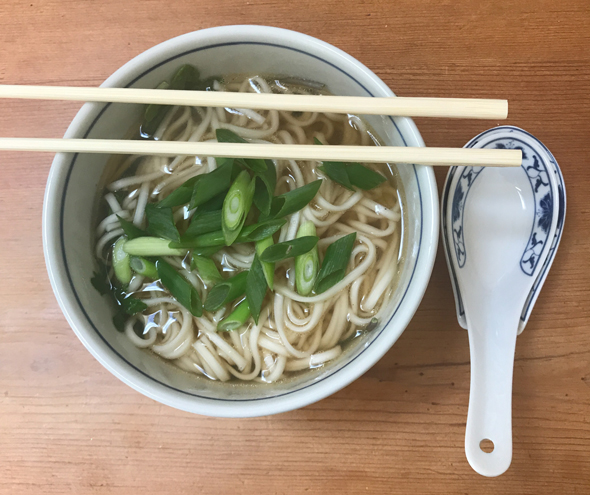 It seems this soup appears in one form or another at lunch time at least once a week around here. It is easy, cheap and a good way to use-up stray veggies and greens in the vegetable bin. Veggie stock is simmered with a few chunks of ginger and a few drops of sesame oil while water heats to a boil in a separate pan. The noodles (dried wheat noodles from Taiwan) require a three-minute boil. Soup bowls are filled with fresh greens (baby kale today), the hot noodles are placed on top, and the strained stock is ladled over all. The hot noodles and liquid "melt" the greens, producing a deeply fragrant and filling lunch. Cilantro or sliced green onions are often used as garnish.

And, then we have dinner - more soup. I prepared Potato-Leek Soup yesterday afternoon (after jury duty) while I was sautéing mushrooms. I wilted one leek (white parts) and two garlic cloves, in olive oil until they were soft. Then three peeled and small-diced Yukon Gold potatoes were added along with two cups of veggie stock. Everything bubbled away until the potatoes were really soft. Half of the soup was pureed in a blender, and added back to the pot. Salted to taste and refrigerated until tonight. When reheated, the soup required a little more stock to thin the soup. I love it when dinner is so easy. 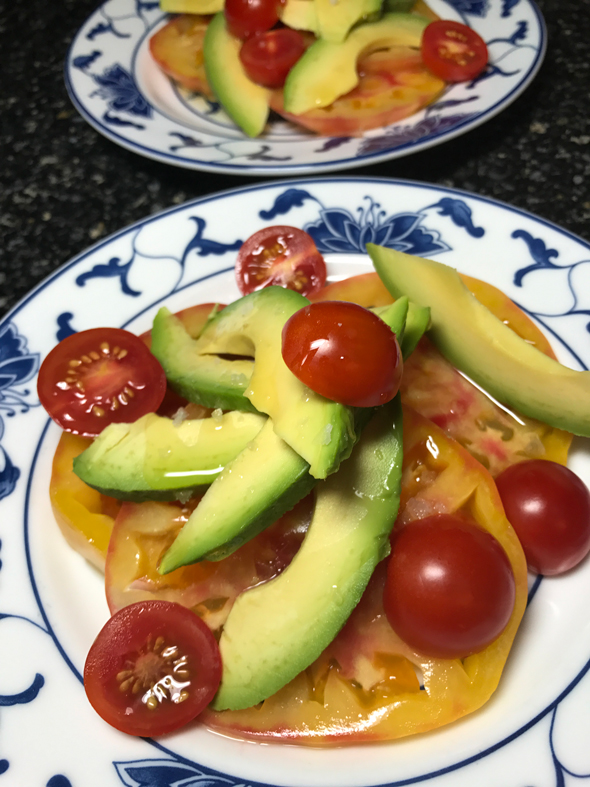 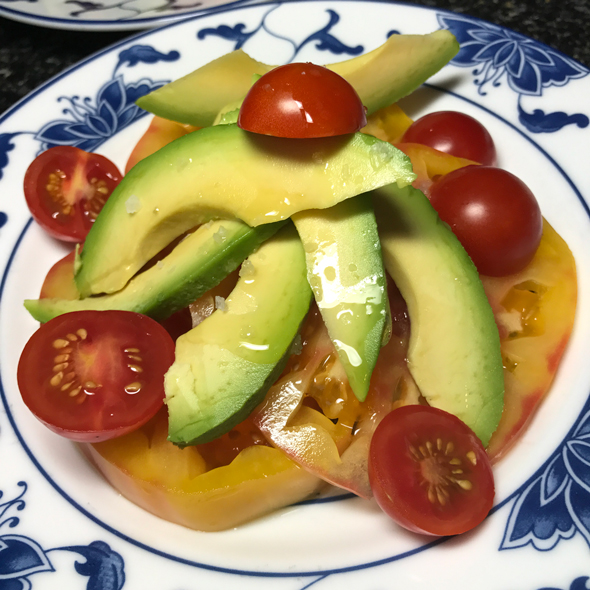 Though I had gone to the bakery this afternoon to purchase a little baguette to use in garlic bread, I instead found something new - Green Olive & Preserved Lemon Bread. That sounded intriguing. 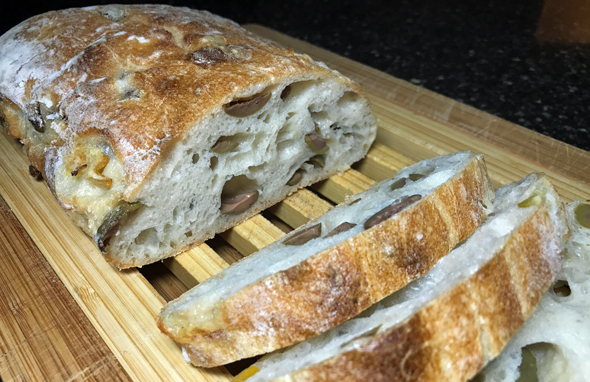 Who thinks of this stuff? The lemon flavor was a bit odd, but not unpleasant. Fun to try new things. 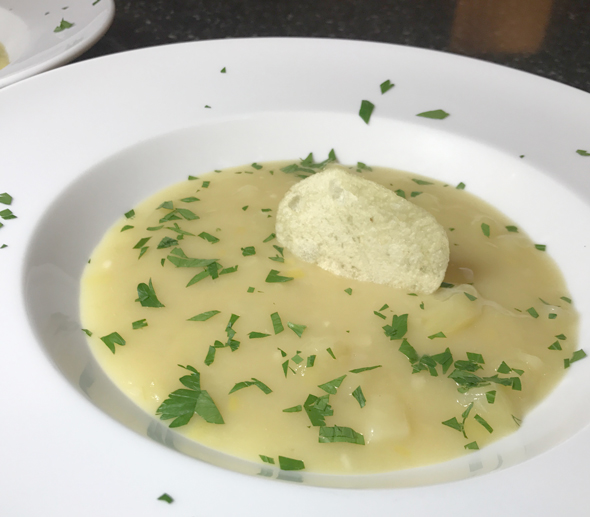 Since I had made such a small amount of soup - yes sir, yes sir, two bowls full - there were no left-overs. I used a potato chip as a garnish. Why not?

Until my next update, I remain, your soupy correspondent.