Portland, Oregon:  The fact I was home in time to prepare mushroom turnovers (instead of eating take-out Chinese in the jury room) lets y'all know I was not selected for jury duty.

It was barely daylight when my little car puttered down our road on the way to the courthouse. Unbeknownst to me, there are people up and driving around at 6:30 in the morning. (I usually adhere to a strict "do not get out of bed until the sun has risen" policy.)

Jurors had to arrive by 7:30a. No idea why so dang early, since all we did was fill-out a questionnaire and watch a video about how a jury works, then sit idly for two hours! The first jury pool - about 30 people - were not called until 9:30, and I was one of the 35 jurors selected for the second trial, after ten o'clock.

We were escorted up four flights of stairs and gathered in front of a bank of elevators. (Not sure why we didn't take the elevators?) Then we waited. Finally, we were escorted into the courtroom single-file, like a marching scout troop. The voir dire process began, followed by the musical chair jury box game. Finally, both parties were satisfied and the remaining jury pool (which included me) were excused and told we had completed our civic duty for two years. I couldn't get out of the courthouse fast enough - it was an assault case.

I was home by one o'clock.

The menu plan for this evening required a bit of prep, as the mushrooms needed to be not-warm when placed into the puff pastry, so I sautéed the sliced mushrooms in olive oil with minced shallots, garlic, fresh thyme, parsley and sage, and left them to chill in the refrigerator. 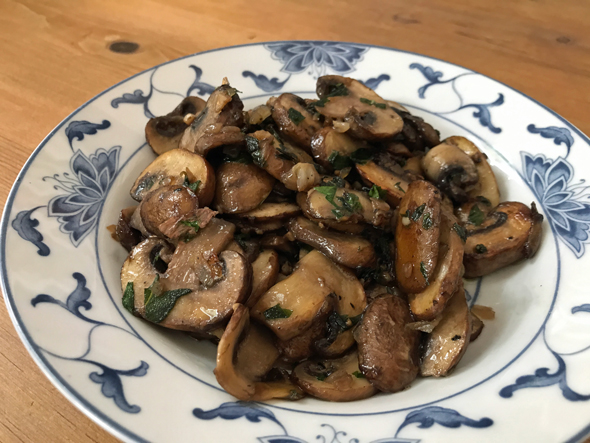 At dinner time, I rolled-out a sheet of Pepperidge Farms Puff Pastry (this product is vegan - which this month is a good thing - but shouldn't puff pastry be made with butter?), cut it into four "squares", brushed the pastry with (fake) butter (i.e. Earth Balance Vegan Buttery Sticks), placed mushrooms on a corner, folded them over and sealed the packets. 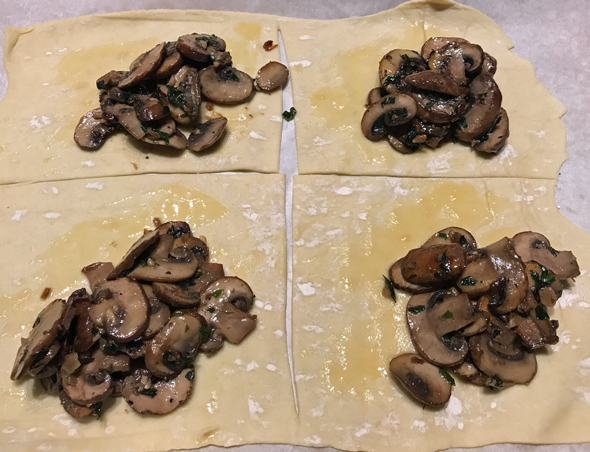 Okay. So I wasn't exactly mathematically perfect and my work was a bit sloppy. I'm not Martha. 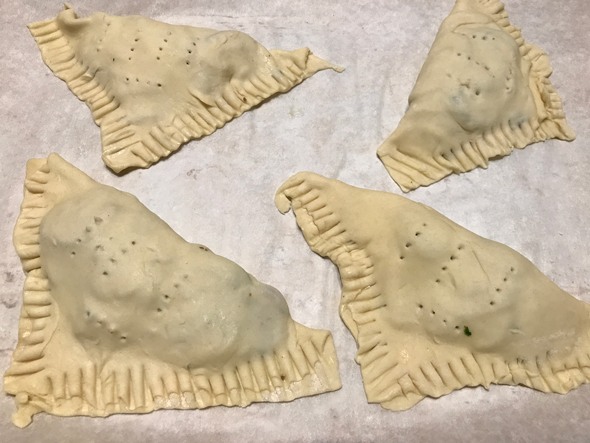 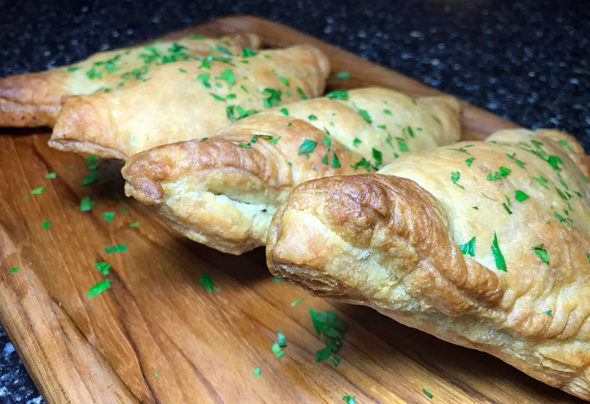 Puff pastry hides a lot of sloppy work after it puffs. 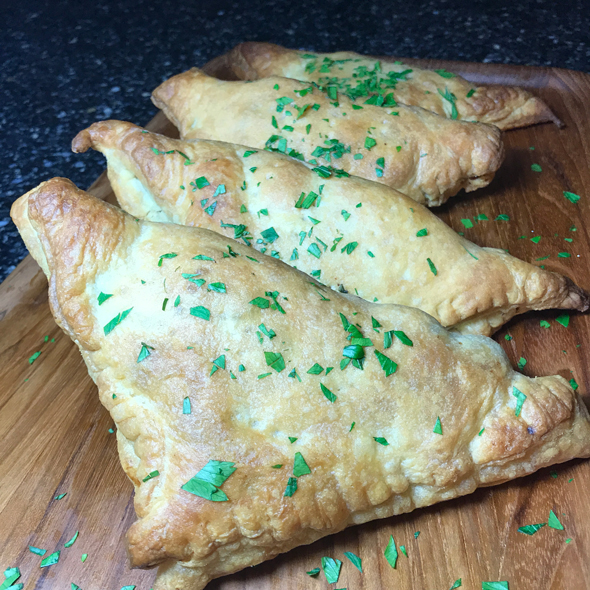 Served with a baby kale, pear and hazelnut salad, the turnovers were very satisfying. 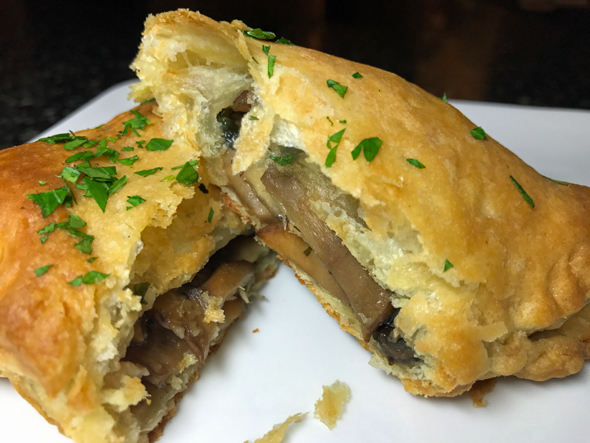 Which, as Martha would say... it's a good thing.

Until my next update, I remain, your sleep-deprived correspondent.