Portland, Oregon:  There is no new news on the Eagle Creek Fire. It is not growing, but continues to burn within the 33,000 acre footprint. Interstate 84 is still closed. Over 2000 trees need to be cut down along the freeway before traffic can resume - there is too much danger of the weakened and burned trunks falling across the road. Danger. The "historic" highway, which parallels the interstate - in a much more scenic and meandering course may not open for months.

Lenny left us today, flying back to his family. Lisa was especially happy to see him - this weekend was a whirl-wind of piano, ballet, soccer games and TWO birthday parties. I think Lisa was happy they both went to school this morning, but it was difficult getting two little ones ready and delivered to two different schools alone. The in-and-out of car seats alone is enough to give me a slight panic attack.

Dave started physical therapy with a new clinic and new therapist today. He is so diligent on his rehab and is already on our basement exercise bike. Will he be jogging by the new year?

I had the afternoon mostly to myself. Meals planned for the week, our fridge needed to restocked. 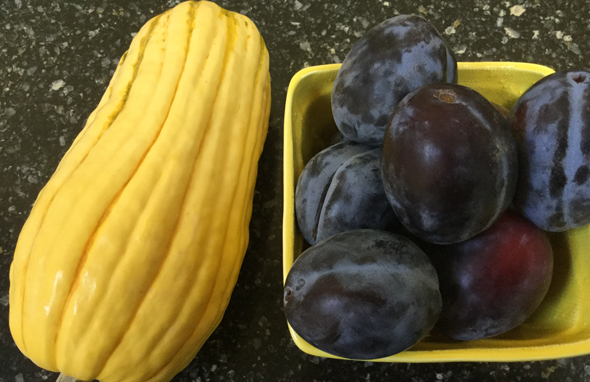 It's the best time of the year. Delicata squash and Italian prunes are in season.

Tonight's menu called for Sesame Crusted Tofu, which I made in January. We just loved this dish and I was happy to make it again. I was also serving a slaw of cabbage, carrots, green onion and cilantro - dressed in rice wine vinegar. Watermelon would round-out the meal. 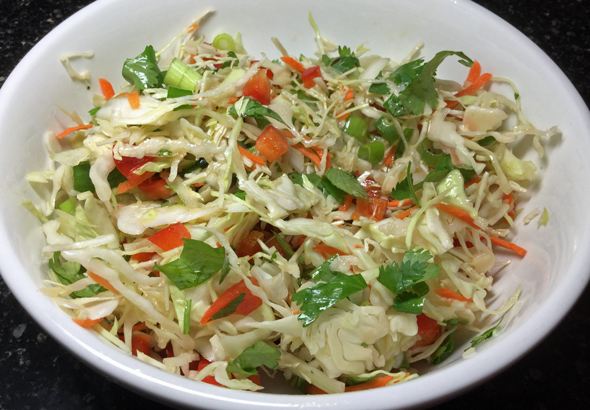 As long as I was going to shred cabbage and carrots for the slaw (using a food processor), I decided to shred a little extra to make egg rolls for the freezer.

The cabbage and carrots for the eggrolls were stir-fried with slivered onion, mushrooms and ginger until just soft and left to cool before rolling. When DT came home from his appointment and saw me making egg rolls, he was so excited for dinner... until I told him they were not for dinner tonight, but for a later date, or for a future lunch, or a snack... I was just making them because I had a lot of shredded cabbage on hand. Wah. He had a hankering, so I fried up four for dinner and the rest were sent to the freezer. He is so spoiled. 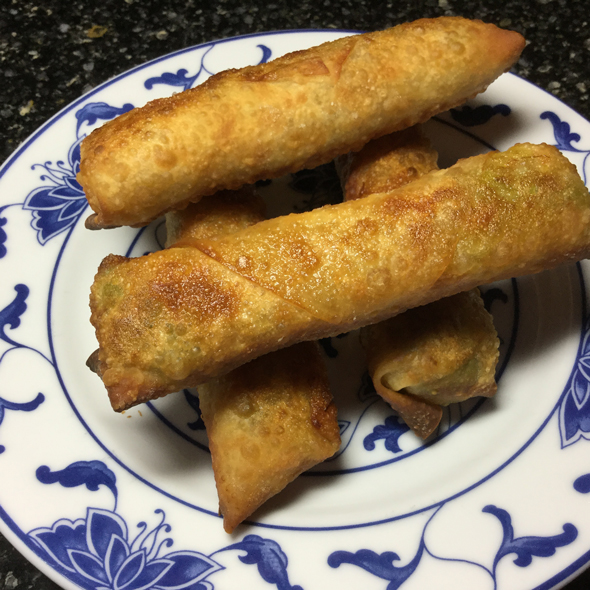 Is there anything better than a crispy hot egg roll? No, and there isn't even a hint of egg anywhere so I have no idea why they are called egg rolls. 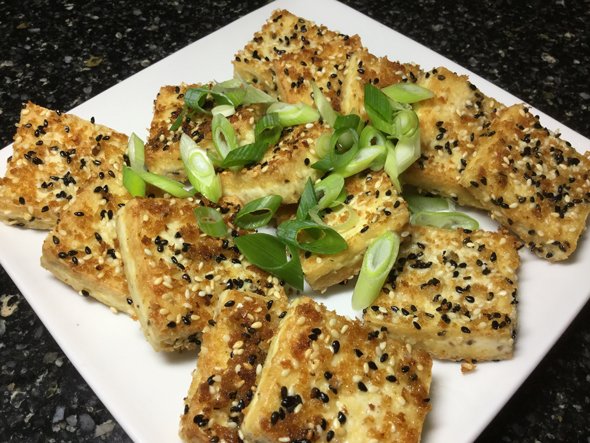 The sesame-encrusted tofu presented two vegan challenges. One is that the recipe requested a beaten egg for the tofu pieces to be dipped in before dredging in the sesame seed and panko mix. At first, just pressing the tofu cubes into the panko mixture seemed to work fine, but then I had the idea to first dip the tofu pieces in almond milk (unflavored and unsweetened). It worked better.

The second challenge was the traditional Vietnamese dipping sauce - nuoc cham - that has fish sauce as the prime ingredient. First thought was to simply substitute soy sauce, but the flavor would be too overpowering and far too salty. Imagine my surprise when I spied a vegan version of fish sauce - Tofunafish Sauce - at the grocer. Made in Portland! They use seaweed to impart the umami essence so loved in Asian fish sauce. It wasn't bad - specially since I made the nuoc cham several hours ahead and let the flavors meld.

This was a good meal - the crunch is delightful - but a bit too much fried-food for me. I still think the little sesame-seed crusted tofu would be excellent served in bite-size cubes on bamboo skewers for a party appetizer. Plus, there is no reason they could not be fried ahead of time and warmed in the oven on a baking sheet.

NOTE: If you make this (and you should - egg or fish sauce or not), do not follow the instructions for pressing the tofu. Follow my instructions: slice the tofu into the size you want to cook before pressing to remove excess liquid. So much better and the smaller size makes it even easier to squeeze more moisture out. Just lay the sliced patties out on a baking sheet lined with several layers of paper towels. Cover the tofu with several more layers of paper towels, top with another baking sheet and place weight on the top baking sheet. I used two bottles of wine today. Refrigerate during this process and leave for at least an hour, or all day. Trust me, this is a much-more efficient method - anytime you need to press toful. Also... double the amount of the panko-sesame seed mixture. I did both times. The recipe amounts are not enough to coat a sliced block of tofu. And... finally... I wonder about the title of the recipe I used (found on the internet): what exactly is "detoxing" about frying anything - let alone dipping it in a salty sauce? Even if the recipe is allegedly from an out-of-publication from the Mayo Clinic, this is not health food. It is delicious food, and it is very pretty. 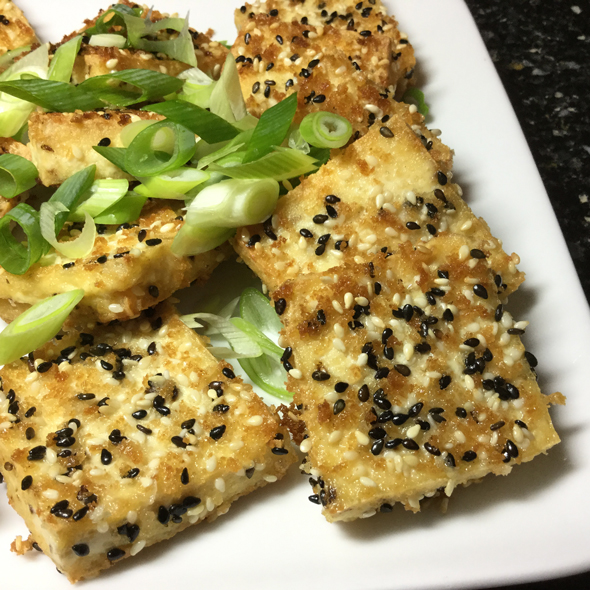 Until my next update, I remain, your "not detoxed" correspondent.