Rome was originally awarded the 1908 Games, but they had to decline and pass the hosting duties to London, due to Mount Vesuvius erupting in 1906. Volcanoes are very messy, but by 1960, Italy was ready to host the Olympic Games.

We were up early for the women's marathon and then exercised. It was ONLY 90 degrees in Portland today but that did not stop My Driver from running outdoors. I am such a wimp and prefer the cool basement and boring dreadmill and my book on tape, on warm days. 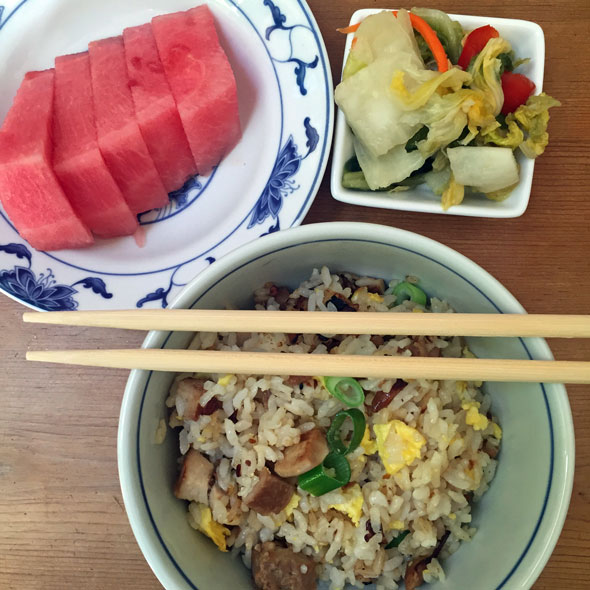 SIDE NOTE: Before I get too ahead of myself - last night's Olympic Seoul Chicken became today's chicken fried rice brunch. Delicious. Don't judge. Millions of people a day eat pickled cabbage for breakfast.

During the 1960 Rome Olympics, American Wilma Rudolph won three gold medals in the sprints. An American boxer, named Cassius Clay, won the gold medal in the light-heavyweight division. Abebe Bikila, Ethiopia, rann/won the men's marathon barefoot, becoming the first black African Olympian champion... and, 1960 was the last time South Africa was allowed to compete in the games until they returned in 1992 without an apartheid regime. 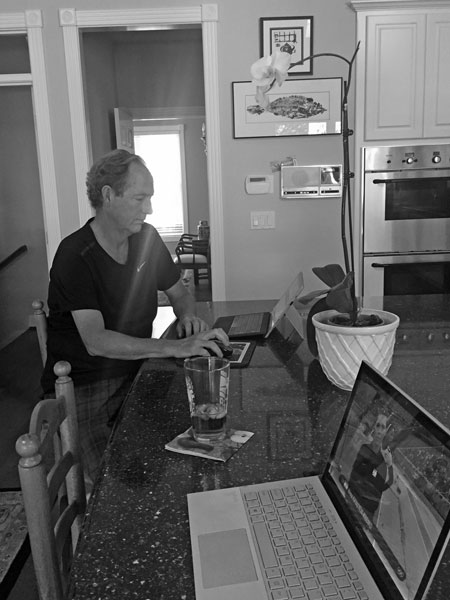 Our situation this afternoon, watching the live track and field feed on the internet - hours before it is shown on NBC Primetime. Yes, we are nerds.

It's a good thing South Africa returned to the Olympic Games. Tonight, South African sprinter, Wayde van Niekerk, won the 400m in 43.03, breaking Michael Johnson's 20-year-old world record. Van Niekerk became the first man to ever win a gold medal from Lane 8 (the far outside lane - especially difficult in a one-lap race where the sprinters must remain in their designated lane the entire race). It was a spine-tingling contest. I was so focused on the duel between Kirani James (Grenada) and America's LaShawn Merritt, that I was was - oh hello there - who is this guy on the outside!?! Just thrilling! Even better? His coach is a 76-year-old woman! Mr. van Niekerk was the flag bearer for South Africa during the Rio opening ceremonies. You can't make this stuff up.

Some serious changing of the guard tonight.

Do I even need to mention Usain Bolt won the gold medal in the 100m? Of course not. Mr. Bolt has done so much for track and field. Thank you, sir!

So our menu tonight was a pizza in honor of 1960 Rome. Red onion and gorgonzola. And a salad. 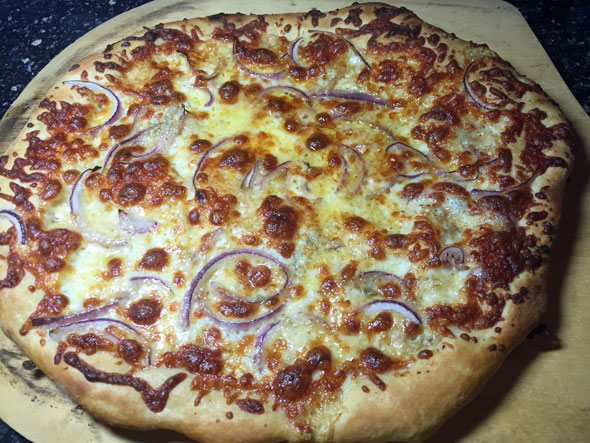 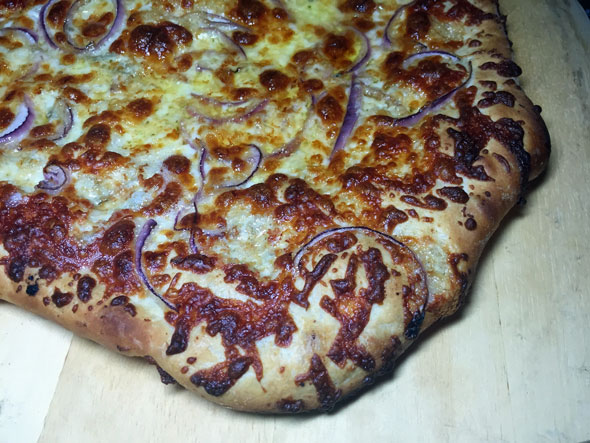 University of Oregon alum, Brianne Theisen-Eaton, received her Heptathlon Bronze medal in a track-side ceremony just before the men's 100m final tonight. After his victory, Usain Bolt hopped-up on the medal platform and posed for a selfie with the smiling/surprised heptathletes. A few moments later, mid-interview in the press gauntlet, Mr. Bolt saw the new 400m world record holder in the stands ahead and politely excused himself from a reporter to congratulate the triumphant South African. It was a happy three-ring circus in Olympic stadium tonight.

Tomorrow, our dinner menu will honor Greece - home of the original games and host of the 1896 and 2004 Olympics.