I had a bad night. While it isn't always convenient to live rural, a street-lamp-free location is a huge advantage during a meteor shower. The Perseid Meteor Shower was predicted to be spectacular this year, and it was true. I expected to spend a few minutes standing in our field and catch a few shooting stars. There were SO MANY meteors, I could not stop watching! Tons of smaller tails, and every few minutes a long, huge bright meteor shooting over our house. It was amazing. Before I knew it, an hour had passed.

My pillow was calling - especially since the alarm was set at 5:30a to watch (University of Oregon) Canadian Brianne Theisen-Eaton begin her heptathlon competition live on NBCSN from Rio de Janeiro. We watched track & field events until 8a... when I went back to bed for a nap and My Driver went for a jog. He's crazy.

At 4:30p, we set up our laptops and my iPad on the kitchen island and prepared to watch the evening track and field session live from Rio on the internet. NBC is showing every throw, every lap, every false-start, every jump - every moment live over the web. On the TV prime time broadcast, NBC shows only the highlights and we don't want to wait.

FYI: It's not only track and field. NBC is showing every moment of every sport on-line somewhere. 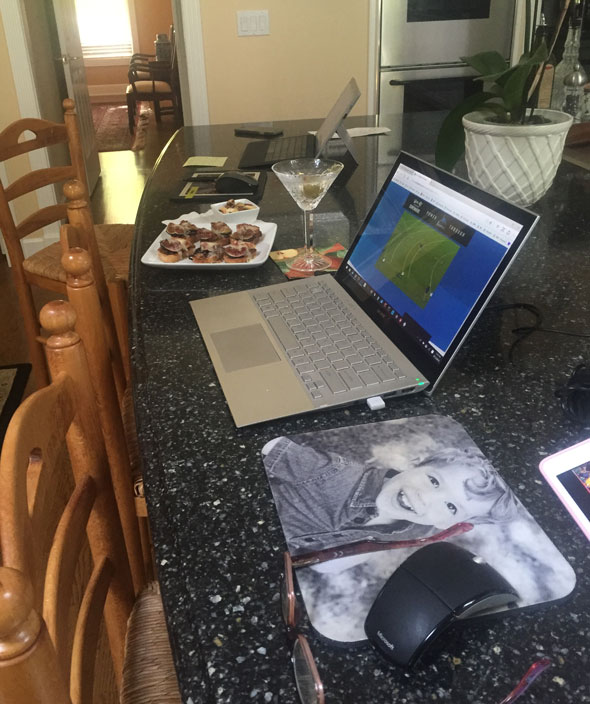 So this is our Command Center from late-afternoon through early-evening each night for the next week. My laptop shows the action (usually in full screen). Dave's laptop is on the IAAF website reading the official instant results. Barely seen, down on the lower right corner, is my iPad, showing anything else we need to watch. It is a dizzying task, so I serve drinks and snacks. 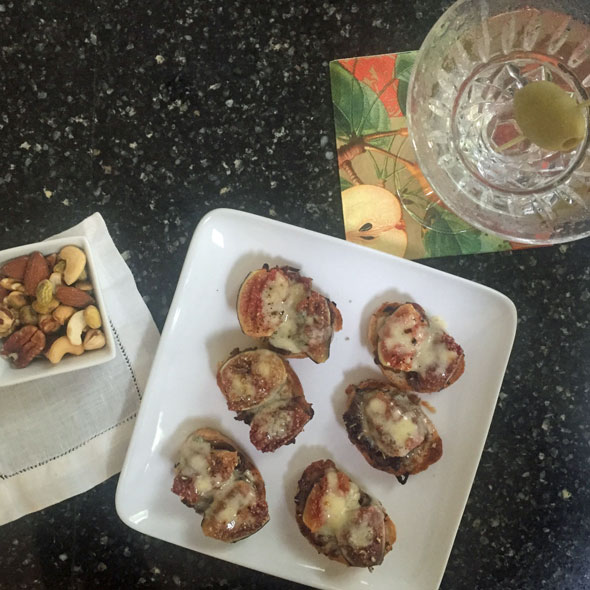 Actually, I'm kinda doin' it up big around the kitchen this week - preparing foods from countries hosting the Olympic Games in the past and this month!

Thank goodness the games were once held in Rome (1960) because tomorrow is pizza night.

Tonight I prepared Olympic Seoul Chicken from David Lebovitz. It is super-easy, and though I can't say it reminded me of Korea in any way, we enjoyed our dinner. (Did you know Dave and I went to the Olympics in Seoul? We did. We went for the 8 days of track & field and left a 7-year-old Lisa with my sister in Portland.)

Of course, every Korean recipe starts with chopped garlic - in this case 10 cloves. (Not a typo.) 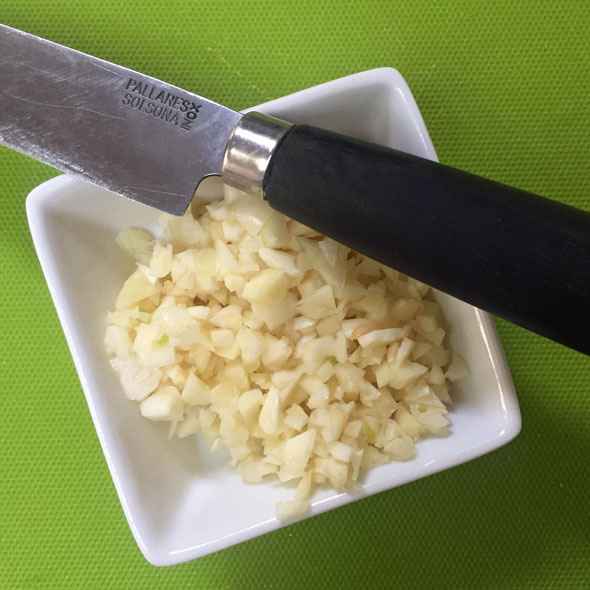 No vampires will be visiting our home this evening 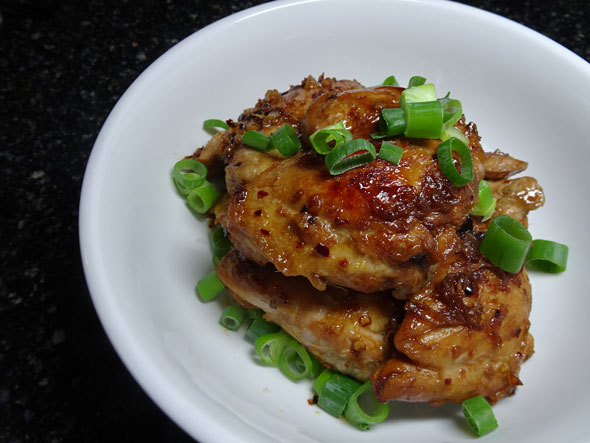 The tender sweet, slightly-spicy chicken was served with steamed rice, a cucumber salad and the national dish of Korea - kimchi - pickled cabbage. 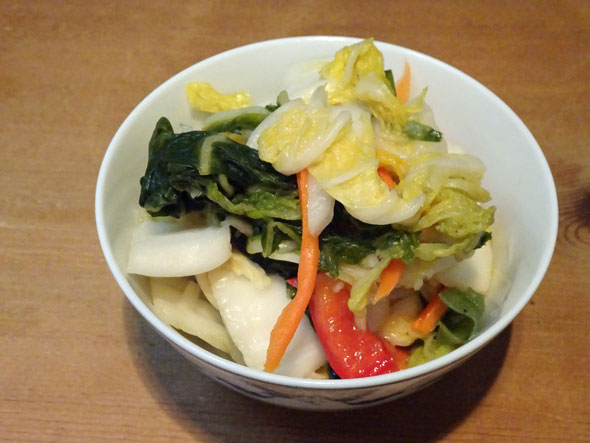 Tomorrow, we do it all again. Women's marathon starts at 5:30a. Pretty sure I can watch it while half-asleep.

DUCK UPDATE: Over the past two days, we have watched Duck alum Alexi Pappas set the Greek national record (31:36.16) and a personal best as she finished 17th in the fast 10000m ever raced. Almaz Ayana, of Ethiopia won, setting a world record in 29:17.45.

Another alum, Zoe Buckman, Australia, qualified for the second round of the 1500m on Sunday.

Tonight we watch Ms. Theisen-Eaton claim the Bronze medal for Canada in the heptathlon and saw Duck sprinter English Gardener, finish 7th in the 100m final.

Until my next update, I remain, your Olympic correspondent.