We caught the 8:10a ferry this morning! How is that even possible? Not only did we make the early ferry, I was able to upload all the wedding photos to my website while onboard (using my phone as a modem). That's pretty geeky, even for me, so early in the morning.

We arrived home around 3p and I started my laundry immediately. I did not put my suitcase away. I am flying to Los Angeles in the morning.

DT and I spent yesterday driving around San Juan Island. It is only about 12 miles long, so it really didn't take much time, but we stopped to enjoy the spectacular scenery and I took a few photos - here is what we did before we went to the wedding: 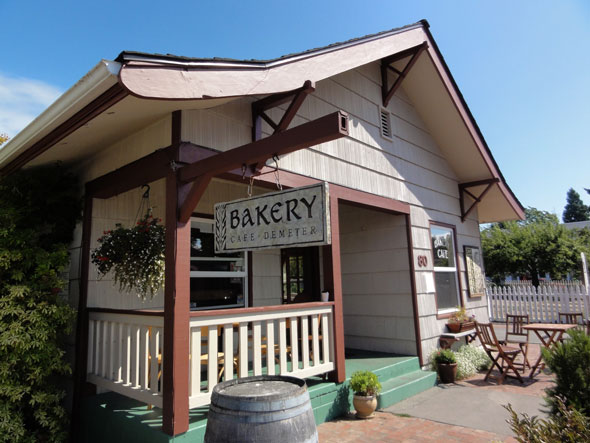 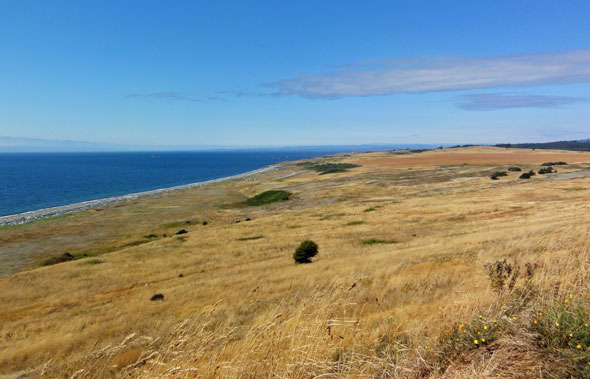 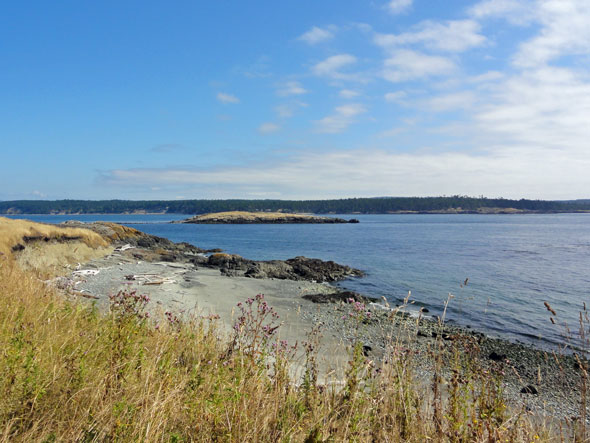 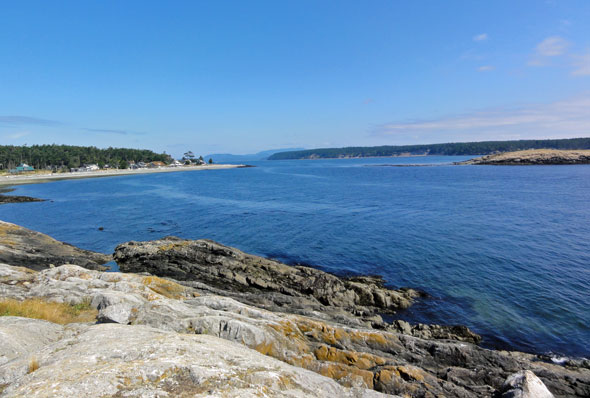 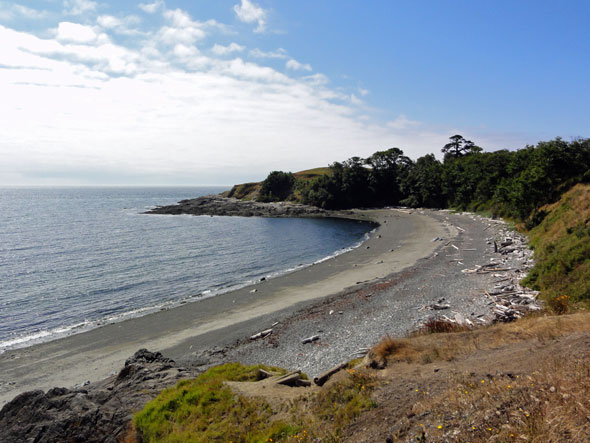 The beach at American Camp

Our route then continued up the west coast of the island. We did not see whales (though everyone else we spoke with was seeing Orcas all day), but we could easily see Vancouver Island, Canada. 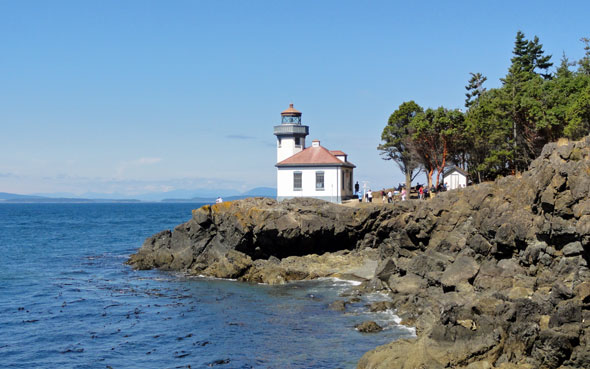 The Lighthouse at English Camp, with Canada in the distance

At the very northern tip of San Juan is beautiful Roche Harbor. We stopped here for lunch and had a walk around the marina. 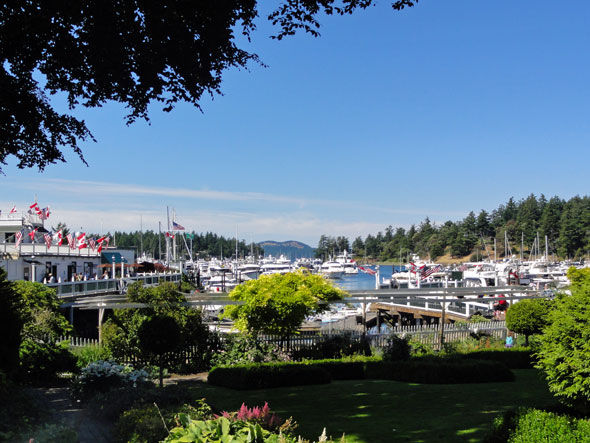 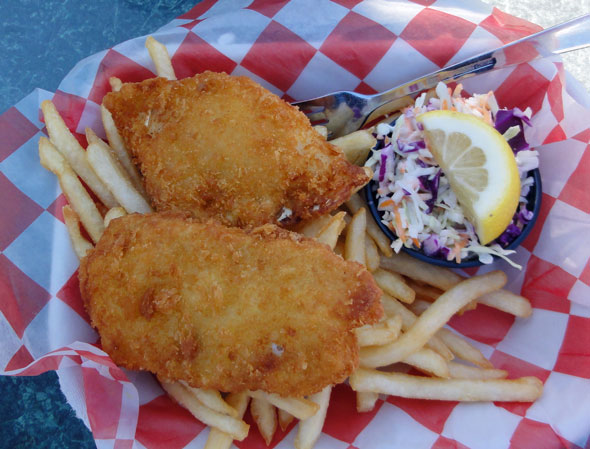 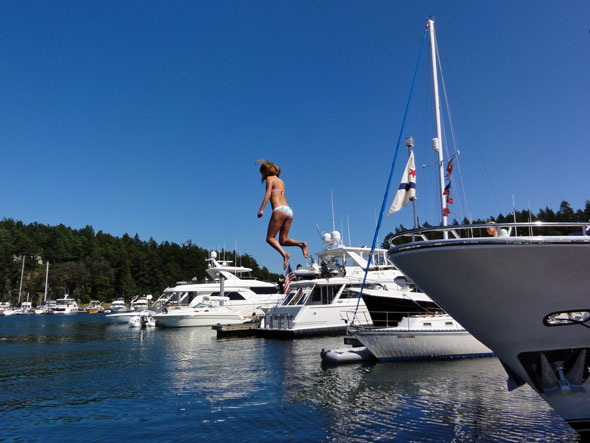 The hardware in this harbor was quite spectacular. Several 100-plus-foot yachts were anchored and there were brand new yachts for sale, priced from two-to-six million dollars. 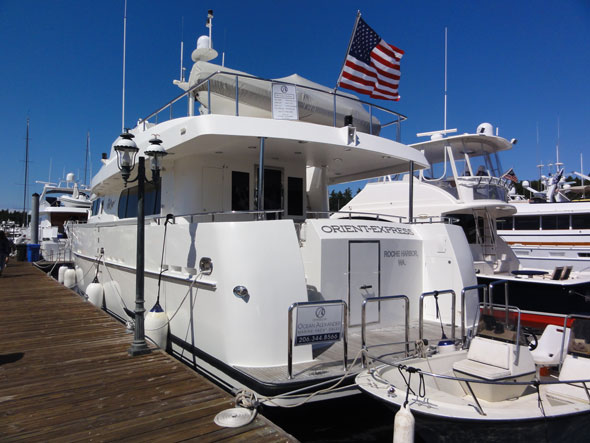 This teeny thing was only 2 million

Dang, I forgot my checkbook! 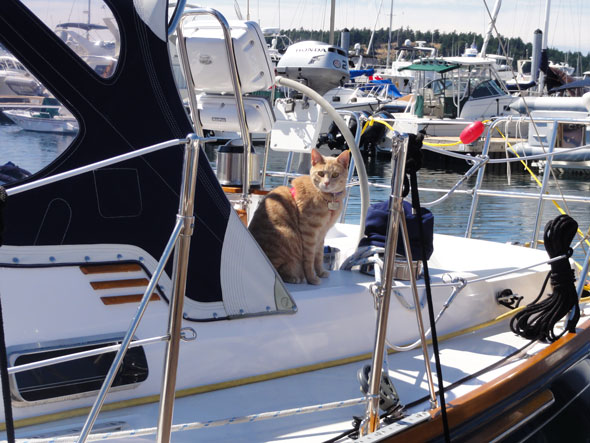 I guess boating is just like RVing, without the roads. Boaters even have tow vehicles/dinghies! So many of the boats had pets onboard. Just like RVs!

After our tour of the island, we went back to the hotel and spiffed ourselves and went to the wedding.

Until my next update, from Los Angeles, I remain, your touristy correspondent.
« Katie & Greg: a Homemade Wedding Back in El Lay »