Phoenix, Arizona:  Due to a predicted wind storm (which, sadly, turned-out to be true) we left our Indio campsite before 11a and pointed the Jeep east on I-10 towards Phoenix. Stopping once for a leg-stretch (it is only a four-hour drive) we survived the route as the severe winds started only after we arrived in Phoenix proper. The ocotillo are in full-on-red bloom. Gorgeous. The mesquite trees are amazing in glorious yellow. We survived the allergy-ripe trip because the car windows were up and the air conditioner was on. No sneezing.

Speed limits are posted at 75 miles per hour. Arizona Highway Patrol were stationed every two miles between Quartzite and Tonopah. Really, there is nothing else to do in this part of America - other than ticket people for speeding. I can't tell you how many pulled-over cars we passed on our drive today.

We were not one of them.

Dave and I booked a package through the University of Oregon for our hotel during the Final Four. Possibly there are less expensive options available in the greater Phoenix area, but we decided to stay at the "team hotel" and make use of the included shuttle bus and "free lanyard" options. Convenience.

And we were nearly out of Oregon lanyards. 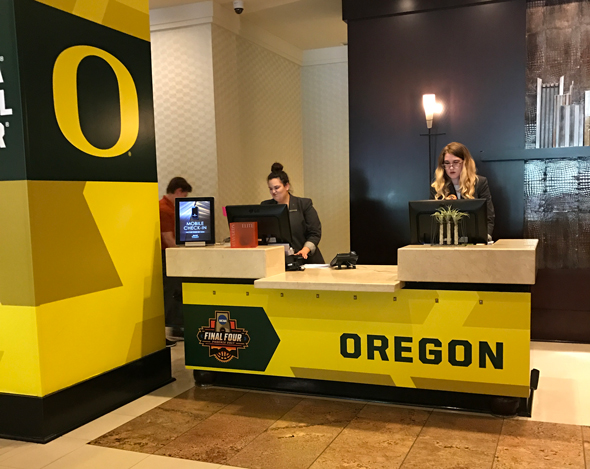 The hotel has completely re-branded for the Final Four. You would have to be a special sort of stupid to not know this was the official Oregon hotel. I feel so sorry for the random hotel guest here for a vacation or business trip. 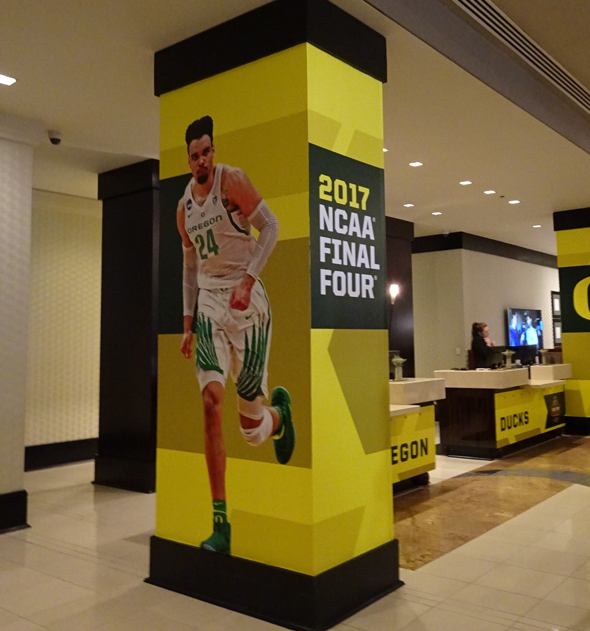 After settling in, we took a walk around the downtown Phoenix area. The convention center and adjacent parks are hosting NCAA Final Four fan festivals. 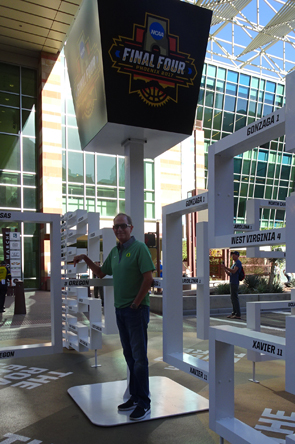 This is pretty exciting stuff for Duck fans. Our team has not been to the Final Four since 1939.

We walked from the hotel, through the Phoenix convention center, past the science center to find our dinner spot. 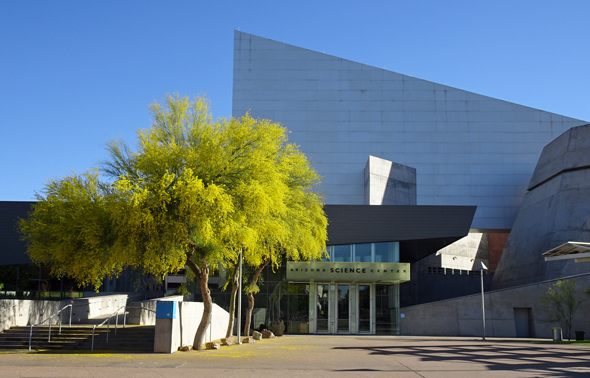 Since we were staying in downtown Phoenix, we were able to FINALLY have dinner at Pizzeria Bianco - a local joint good enough to receive the coveted James Beard (a Portland native!) award. 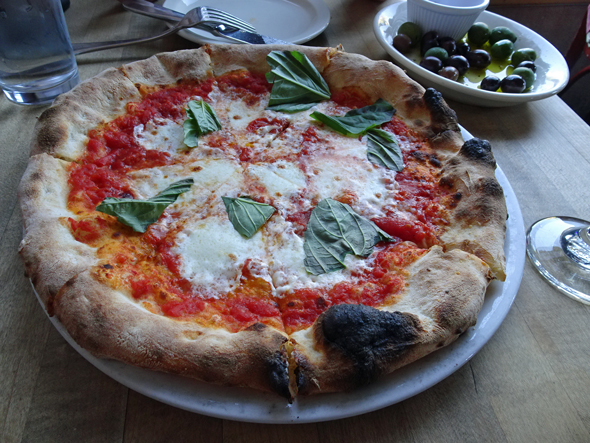 When we pulled the slices apart, the crust actually cracked. It was so thin. Amazing. Seriously James Beard worthy.

However... our culinary euphoria slid into the gutter when we walked back to the hotel after dinner and ordered a night cap in the lobby bar. Dave ordered a beer. Easy. I ordered a martini. Yes, it was easy, but it arrived in a plastic cup. I asked the server why my martini was served in a plastic cup and heard the excuse of all the people staying in the hotel due to the basketball tournament... we can't keep up with all the glass washing... yada... yada... yada. 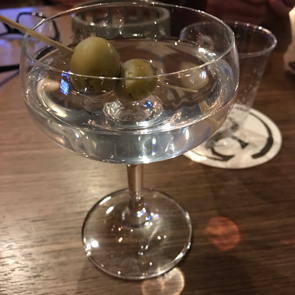 I asked for a martini glass. Is it just me, or shouldn't a $14 martini be served in a martini glass? The manager brought out a martini glass for me, like he was doing me a $14 favor. It's not like our hotel room price is deeply discounted during the Final Four - completely the opposite. Just saying. Use real glasses, people. It's not like you don't have hundreds of them, and automatic dishwashing machines and a full dishwashing staff. Not to mention your hotel is filled with Oregonians who haven't seen a plastic cup since the 1990s.

Vessel troubles were quickly forgotten when the Oregon basketball team walked through the lobby after practice/dinner/whatever. Dillon Brooks came into the bar for a few seconds to catch a sports score on the television - and shake a few hands. 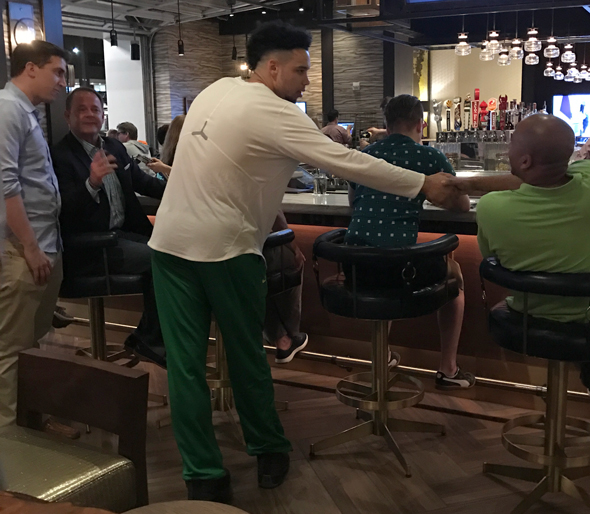 Love me some Canadians.

We have only been in Phoenix but a few hours and I am - for sure - the shortest person in town.

Until my next update, I remain, your Phoenix correspondent.
« Bubbe Bragging No Foolin’ – Ducks Lose »