1969: Gathered around the console television in the den in my Grandparent's house in Stayton, Oregon - my family watched American astronauts land on the moon, and celebrated our sister's birthday... probably with a watermelon. Renee is not fond of cake, and since her birthday falls during Oregon watermelon season - she usually requested a watermelon. Mom usually "decorated" a melon - turning the fruit into a basket or bowl, and once carving a melon to resemble pig. 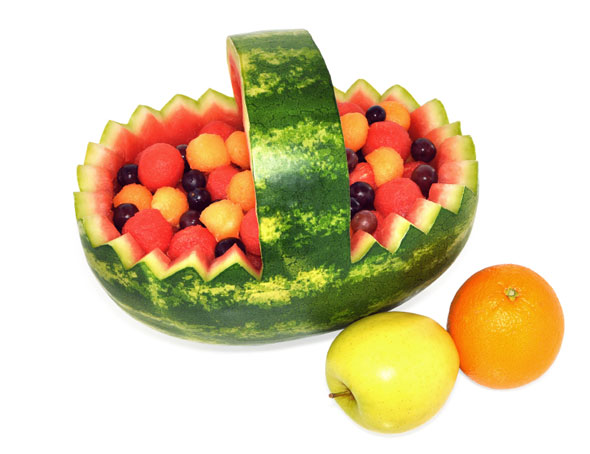 2014: It was just the two sisters celebrating Renee's birthday today. No cake. No watermelon. Champagne & beignets instead during brunch at The Imperial downtown Portland.

We hadn't exactly planned on the champagne part - we ordered coffee. Renee's daughter, Carla - in San Diego - knew where her Mom was going for brunch, so called and ordered flutes sent to our table. Yes! 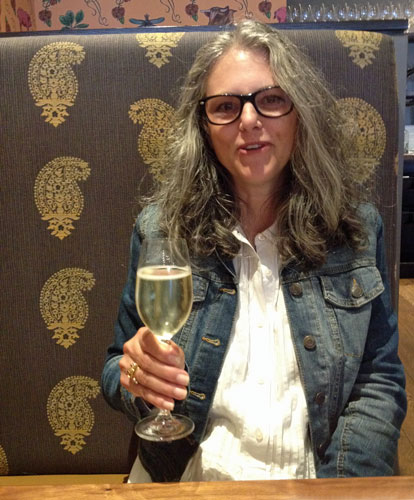 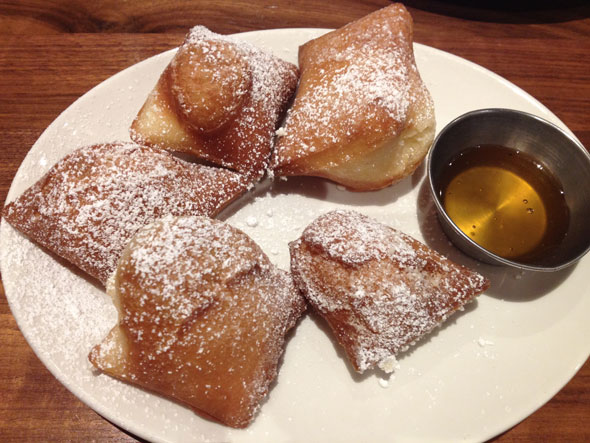 It wasn't only booze and donuts - we had more substantial food. 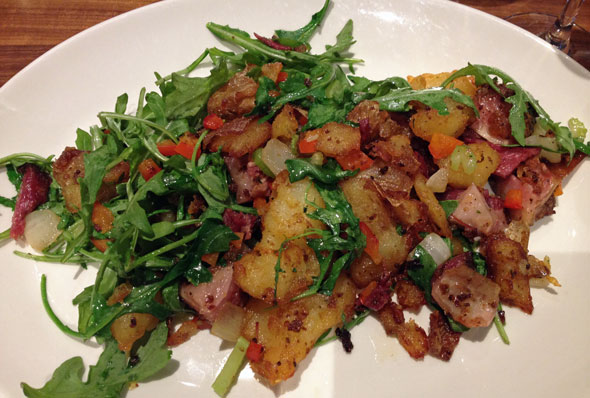 Renee had crab salad and I ordered Pastrami Hash (without the usual poached eggs). 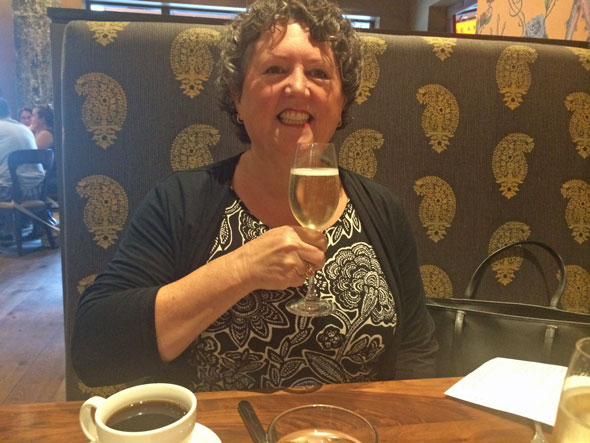 Just what the world needs - another photo of me with a giant glass of the bubbly.

Renee and I needed fuel, because after brunch we headed over to Keller Auditorium to see Book of Mormon. It was an amazing show. The musical was written by the creators of South Park, so I didn't go into the theater thinking I was going to be thinking. Book of Mormon was offensive, well-written, crude, hilarious, shocking, insightful, sad and funny. A few times, Renee and I looked at each other, as if to say, "did he really just say that?" - and then would burst into laughter.

Renee really enjoyed her birthday and I was happy to be able to spend the day with the Birthday Girl (who didn't remind me very often that I am her older sister).

Until my next update, I remain, your celebratory correspondent.
« Fresh & Local IAAF Dinner »