I was left alone at home today. (Yeah!) DT had a golf date and since the work crew re-siding our house were only on "Day Two" of the hostage crisis, it was probably best a decision-making-capable adult was around, just in case the workers discovered trouble. Today was my day to be responsible.

The crew never requested my input, so I busied myself tidying my office, cooking and, well, cooking. And, with such sad news from the Ukraine, there was also a lot of praying today. 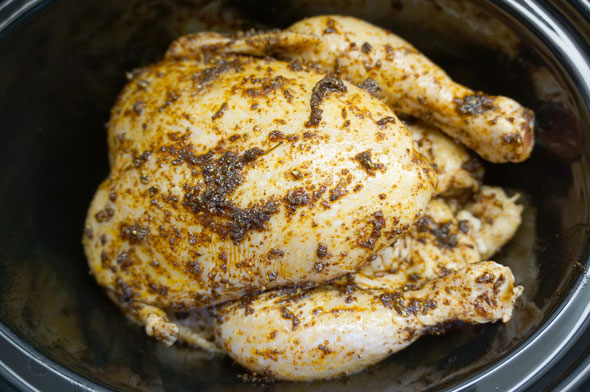 Pollo Entero - in the crockpot

If you can believe this (as far as I can remember), I have never cooked a whole chicken in a slow cooker. Today was the day. I made a spicy paste - olive oil, garlic, chipotle powder, chili powder, paprika, oregano, salt, pepper - and massaged it all over (and into) a 3.5 pound organic chicken. The bird was placed (solo) into a small (3.5 quart) oiled crock crockpot and left (on LOW) for eight hours. I checked it at six hours and the internal temperature had reached 160 degrees (165° is done), so my timing was spot-on. 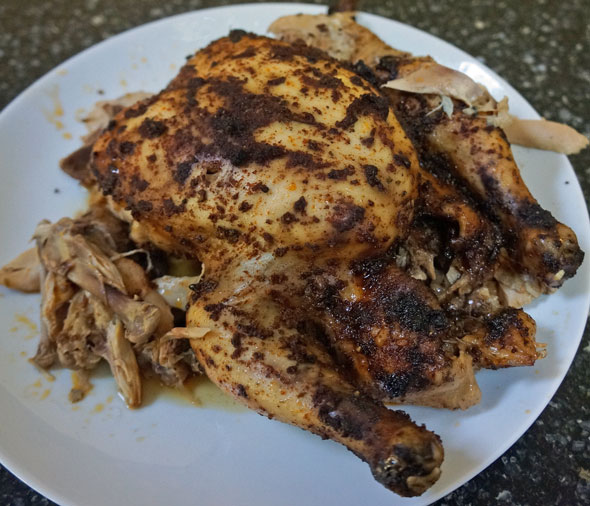 After slow-cooking the bird for eight hours, I removed it as carefully as possible... but still lost both wings! It truly fell off the bone. The meat was shredded for meals all weekend - and soup next week - then the bones and skin were returned to the crock with all the accumulated juices left from the all-day roasting. I added water, a sliced jalapeno and a bay leaf. Four hours (on HIGH) later - TA DA - soup stock for future tortilla soup.

One sad thing about cooking a chicken all day in the slow cooker is the skin does not brown. Some recipes suggest you place the bird under a broiler for a few minutes to brown, but I suggest you only cook a chicken this way if you want to shred the meat for other uses - like tacos, chicken salad, soup or other various nibblings. This way of cooking frees-up your time and does not require heating an oven on a hot day. Another sad bit is the chicken did not fill our home with that yummy "roasting chicken" aroma. There was little smell at all.

Did I feed that yummy chicken to My Hungry Driver for dinner after his long day on the golf course? No. I did not. As I said, My Experiment was for future meals. I had to feed him a decent dinner with what I had in the house. I had puff pastry, tomatoes, goat cheese and fresh thyme - so we had a tomato and goat cheese tart. 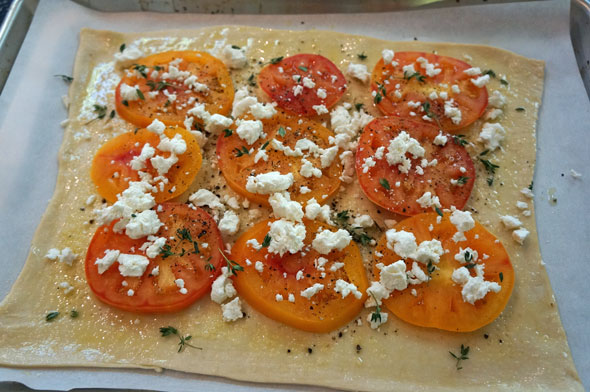 That is only half of the story. The puff pastry in the freezer came from Grand Central Bakery in Portland. The tomatoes were organic heirloom from Denison Farms in Corvallis, Oregon. The goat cheese was from Rivers Edge on the Oregon Coast. Even the thyme was from a local grower. Did I mention the sea salt? 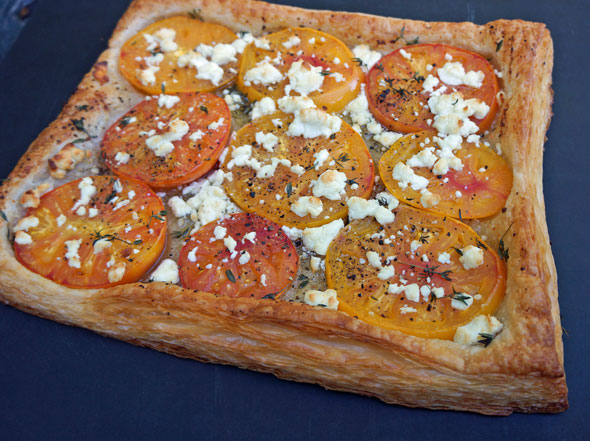 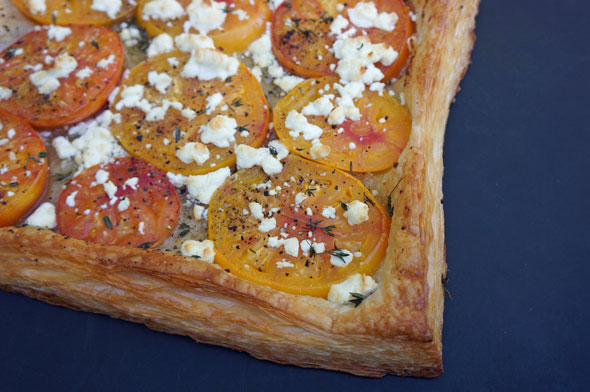 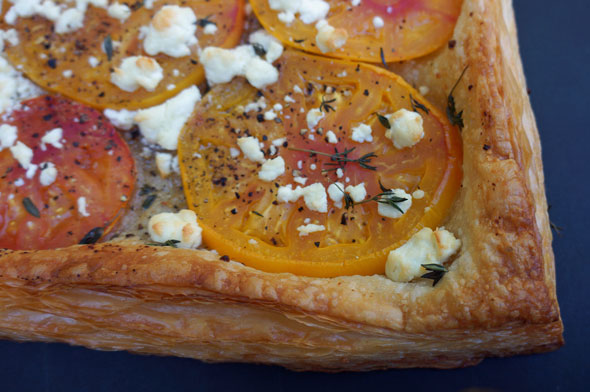 How many layers of pastry do you suppose are in the crust? 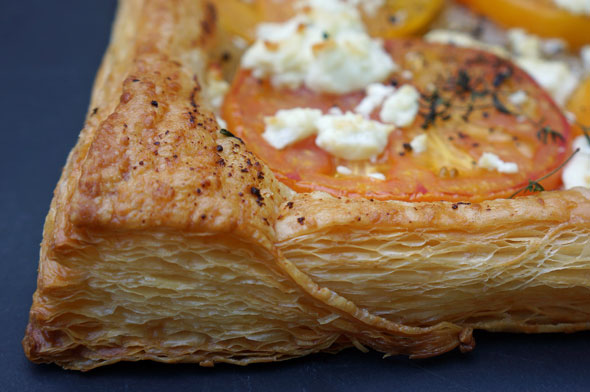 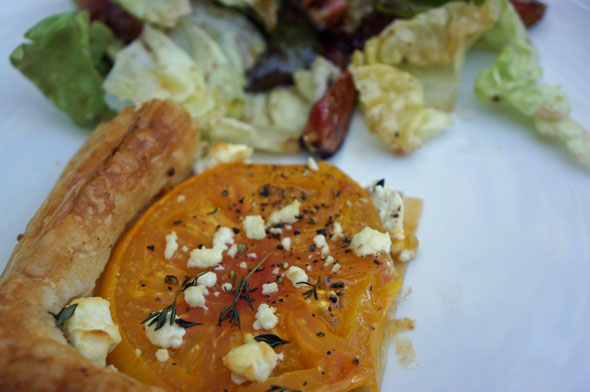 I also served My Golfer a salad with red leaf lettuce (California) and sliced figs (California) in a balsamic vinaigrette.

Until my next update, I remain, your fresh and local correspondent.
« And So It Begins Renee’s Birthday »