Los Angeles, California: We woke early this morning. I had dinner to organize and a four mile slog to complete before we drove to Los Angeles. The weather was, again, perfect. 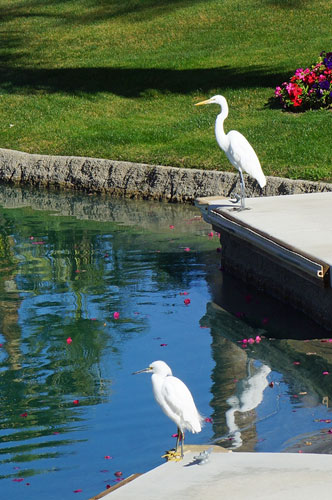 Before I plunge head-first into our day, I have to share this photograph that has been circulating all over the interwebs: 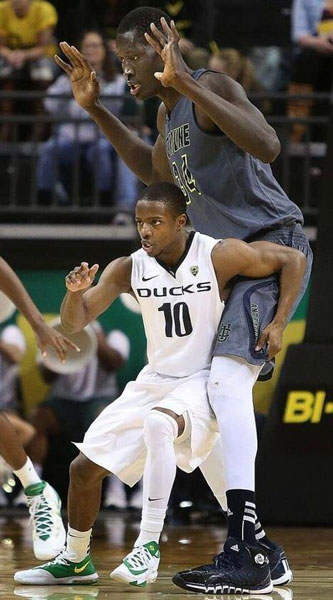 Early this morning, while I was filling the manicotti, Dave and I started receiving text messages from Lisa about the terrible weather in Los Angeles. Huge rain storms. Traffic disasters. Over-turned tour buses. What? I was jogging in 71° sunshine.

I filled the manicotti shells and slipped them into a ziplock bag. The casserole would be assembled later in Lisa's kitchen. Then I baked a Marionberry Crostata for Lisa. Lisa just loves Marionberries! This summer my sister-in-law, Kris and her daughter/our niece, Delaney, picked a massive bag of Marionberries for us on my Aunt's (my Dad's sister) farm. I have made several pies, tarts, etc., already from this harvest and the remaining berries have traveled with us (frozen) to SoCal, so I could bake a few pies for The Lovely Lisa. 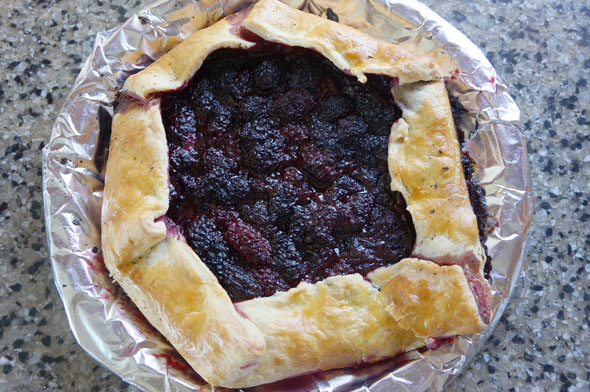 Okay... so maybe this crostata is not packaged well visually, but it is packaged for travel for two hours in a car to Los Angeles. 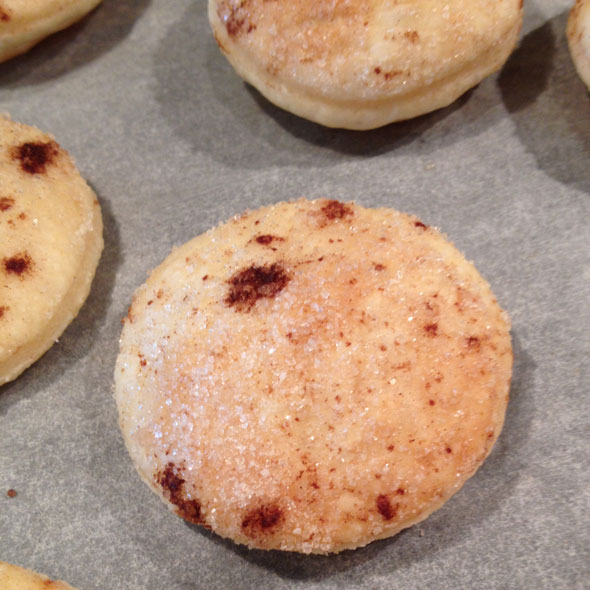 I made a few "cookies" for Leo from the left-over pie crust. Sprinkled with sugar and cinnamon, Leo just loved his "cookies". 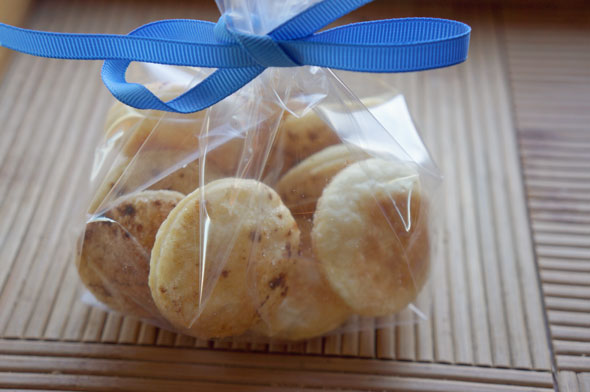 Due to the rain in Los Angeles (we left 71-degree Indio and arrived to 47-degrees at Lisa's), traffic was terrible. We passed several (no injury) accidents. Our usual 2 hour drive took an extra 30 minutes... and that was with use of the carpool and express toll lanes. People were cracy-driving. DT actually used the horn a few times on our route this afternoon. We are Oregonians. We know how to drive in the rain. It is no different than driving in sunshine. Why are some people so freaked by rain?

Little Guy was so happy to see us this afternoon. Leo jumped into my arms and gave me such a big hug! Then a kiss! What a wonderful feeling to have a two year old boy think you are the moon and the stars.

Not gonna lie... C.B.E. was not overly impressed with the artichoke-spinach manicotti, but we lured him to eat a few bites (and a yoghurt) so he could have some pie. Leo really liked the Marionberry pie! 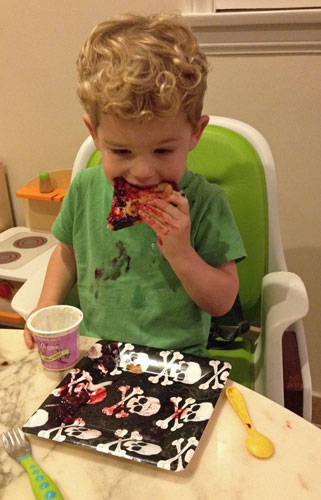 Leo ate his slice of tart like it was a slice of pizza. Except upside-down. Think Lisa has some sort of secret stain fighter that can erase Marionberries? 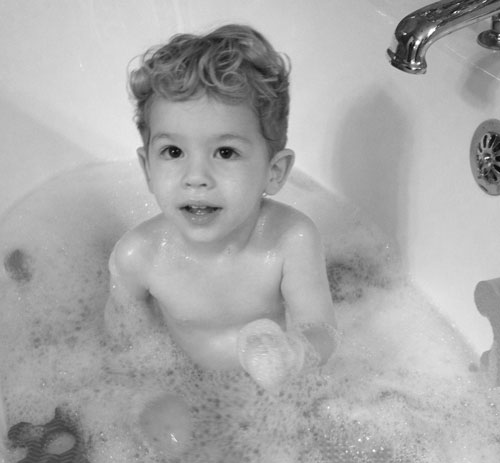 Skinny Munchkin was stain-free after his bubble bath this evening. Tonight Leo snuggled-up with a blanket knit by Kara (my cousin's daughter... and granddaughter to my Dad's sister who grew the berries... see, it's all connected).

SLOGGER REPORT: I had a fun little four-miler around the resort this morning - alternating jogging and walking between songs on my iPod. This is a great way to gain stamina, while remaining injury-free - plus it keeps the workout interesting. Always remember to use only one ear bud for safety - you need to always be able to hear traffic noise, passing bicyclists, etc. 67 miles covered; 33 to go.

Until my next update, I remain, your "take-that-Kevin-Bacon" correspondent.