Los Angeles, California: If you wondered why we drove to El Lay on Thursday, instead of our usual Friday, it was to attend Leo's school holiday program this morning. Yup. 2 years old, and the kid is already on stage. Leo's class performed Feliz Navidad in full costume, shaking maracas! 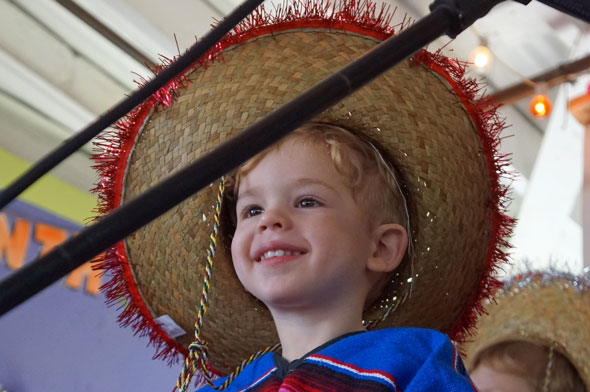 The look on Leo's little face when he looked out over the audience of over 200 parents (and grandparents) was priceless. The concert was held outside and the sun was shining! 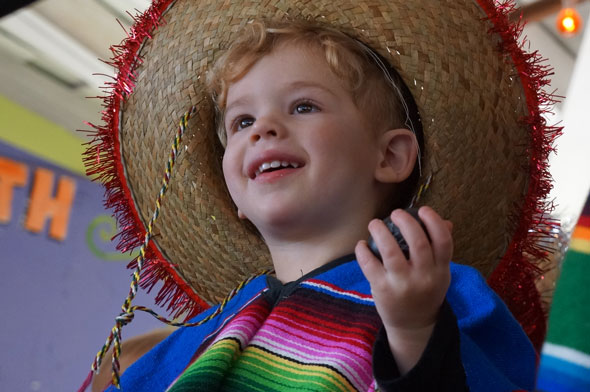 Leo was so very pleased with himself during the performance. Though his class had been practicing for a few weeks, obviously the toddlers had no idea why they were practicing and had no concept of a show. Still, his school "produces" a holiday show every year to rave reviews from parents. 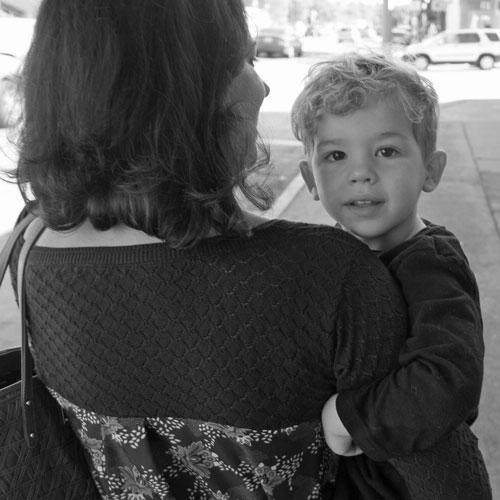 Little Star suffered from "hat sombrero hair" the rest of the day.

Back at the ranch, Lisa and Lenny headed off in separate cars to run errands, so Bubbe and Bubba were in charge of Leo. Bubba and Leo play a game which entails Leo pushing the buttons on the answering machine (I know, I know...) so the machine will say NO MESSAGES, NO MESSAGES. Then Bubba tells Leo to not push the button or he will tickle him... so Leo pushes the button... Bubba gets up from the sofa, grabs Leo and they have a tickle fest until Leo cries UNCLE. Then Leo climbs back to the window seat and starts pushing the button on the answering machine again. This can go on for an hour or more. 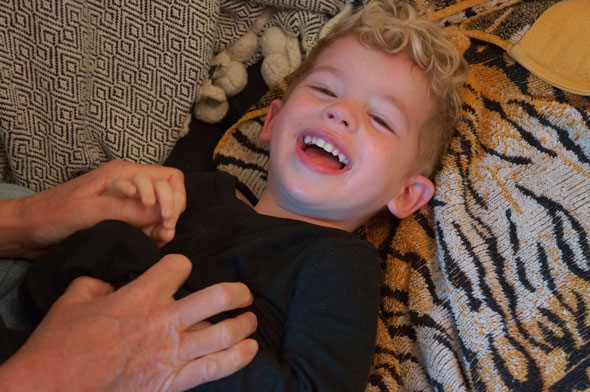 Then there was this whole situation: 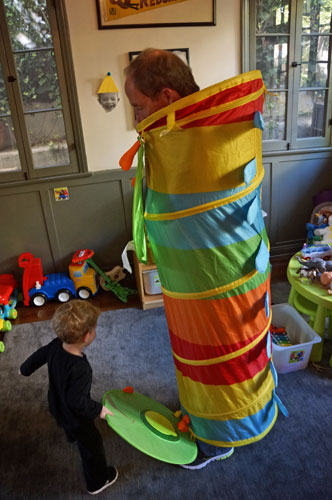 Which resulted in this whole situation: 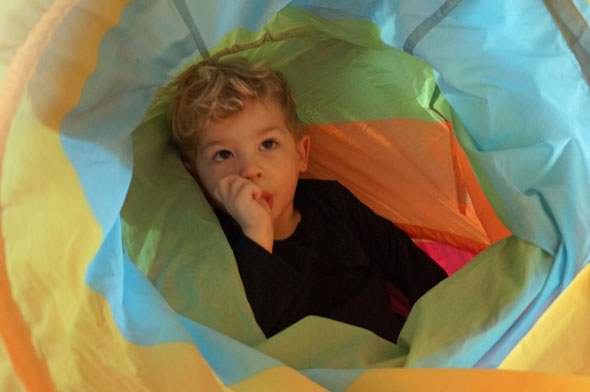 Which meant it was time for a nap. Singers get tired after a live performance.

Until my next update, I remain, your "Stage Grandmother" correspondent.