Eugene, Oregon: I just realized this should be a "Postcard from the Road" entry, but I am just keeping this trip as a regular blog post. Two reasons: we are not leaving The Great State of Oregon and we are "on call". With our first grandchild due within a few weeks, we are just playing it day-by-day. As soon as we get the call, we are heading to the airport.

Dave had meetings all day in Eugene as he helps to plan/organize the 2012 Olympic Trails. He needed the car to hop from one part of town to the other, so I remained at the RV all day. 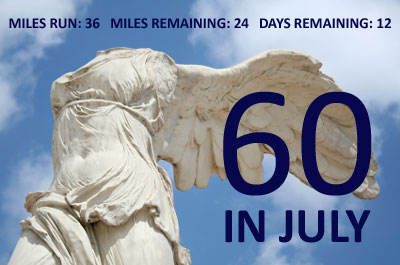 Martyr? No way. I had so much to do and most of it required being in front of a computer - and since I did not run yesterday, had to run 4 miles today to keep up with my goal to run 60 miles in July... which at my slow pace took much of the morning. My injured toe was throbbing after traipsing around Nike World Headquarters yesterday in street shoes, but it didn't hurt too much on my run today. Still swollen and blue.

I had a scary experience this morning while running on a rural road just north of Eugene - between rain storms: a dude in a big pickup truck (coming up behind me in the opposite lane as I run facing on-coming traffic) deliberately sped-up, and swerved towards me! Then, just as I was about to jump into the ditch, the jerk-face threw an empty beer can at me! (He missed.) Oh, if I just wasn't a lady, what would I tell that varmint? What makes people do these things? Why was he intimated/angered by a slow, fat jogger on the opposite side of the road? Not to mention it was well before noon. And it was Coors Light. Loser.

And to answer your question... no, I was too shaken and am far too blind to read his license number. What a sad dude he must be. Every other car that met me today kindly moved into the far lane to give me a wide berth which I require, so one deranged idiot will not stop me!. I ran four miles and I will be back, jerk wad... and you had better be packing my favorite BudLight next time! 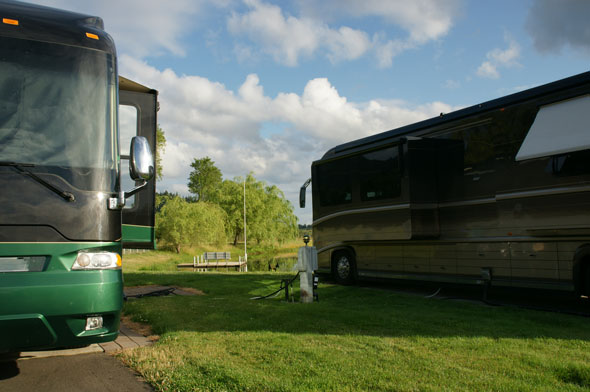 I enjoyed the afternoon inside the safety of the Magna Peregrinus... with a pretty Newell Coach as our neighbor. 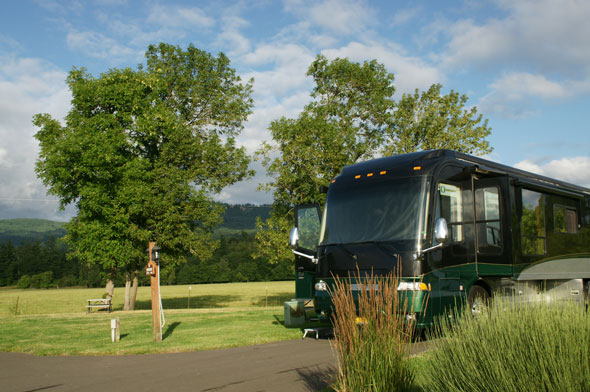 We drove to the Oakway Center in Eugene for dinner at PF Chang's China Bistro. Okay, the name of the restaurant bugs me big-time. Bistro? Seriously? All the peeps drinking wine in the restaurant causes me to pucker. The fact their "spicy" food isn't spicy in any sense of the word bugs me. Don't even get me started on their plastic chop sticks. But, dang, if they don't serve-up some delicious food at this "bistro". I also understand it is some of the most calorie-laden food served at any major chain in America, but let's not get into that. 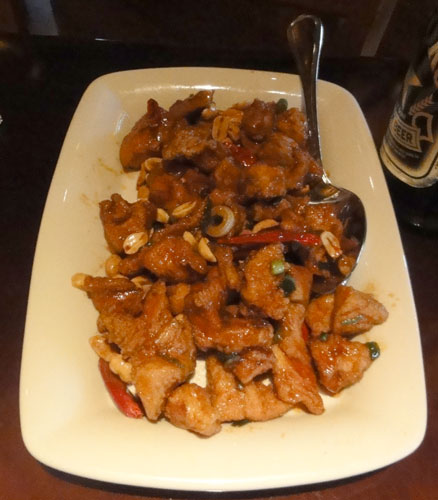 Until my next update, I remain, your fatty correspondent.