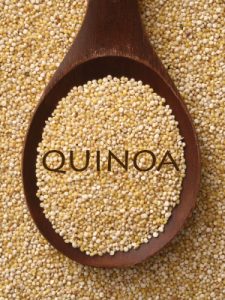 Last month, while dining with friends, I was asked about a quinoa dish on the menu. I told her quinoa was an ancient grain. I was wrong. Quinoa (pronounced keen-wah) is technically more like a seed.

Known as the "Mother Grain" of the Andes, quinoa has sustained the Incan people since ancient times. The seed of the quinoa plant (similar to amaranth, but closely related to the beet and spinach) is an excellent source of protein and contains no gluten.

The plant is super-hardy and requires little water to grow. The outer shell is coated with bitter-tasting saponin, making the plant naturally insect and bird repellent. Today, most commercially-available quinoa is grown in Peru, Bolivia and Ecuador. 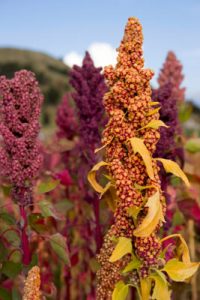 Delicious drizzled with a little olive oil or butter as a side dish, quinoa can also be substituted for rice or couscous in most recipes. Quinoa has a nutty flavor, cooks in about fifteen minutes and is boiled much like rice - one-part quinoa to two-parts water.

Most quinoa found in America has had the saponin removed before commercial sale, though occasionally the cooking instructions will say to rinse the quinoa before cooking, so read package directions carefully. My favorite quinoa is from Bob's Red Mill - it is organic and the saponin has been removed, the seeds cook-up beautifully and the flavor is perfect. Also available ground into a flour and made into pasta, quinoa products are great for tummies that are gluten-intolerant.

Try quinoa as a side-dish, with a little olive oil or butter, salt and pepper. The other night, I used quinoa to stuff bell peppers: 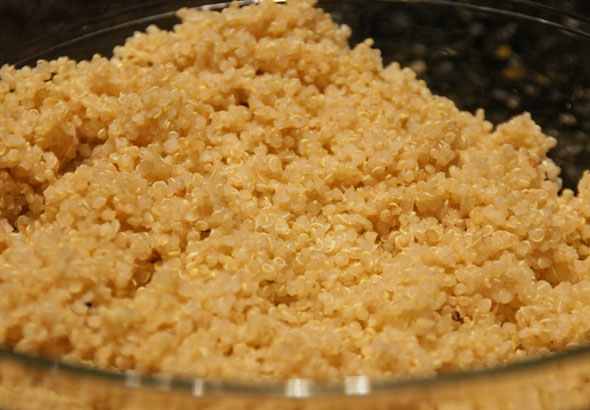 I used my rice cooker to boil one cup of quinoa in two cups of water. After the quinoa was ready, I added a little sautéed onion and garlic, chopped tomato, fresh basil and a little parmesan cheese and stuffed the mixture into bell peppers. The stuffed peppers were baked, tightly covered, for one hour at 375°. Delicious. Nutritious. The stuffed peppers could be a vegetarian entre or a side dish. 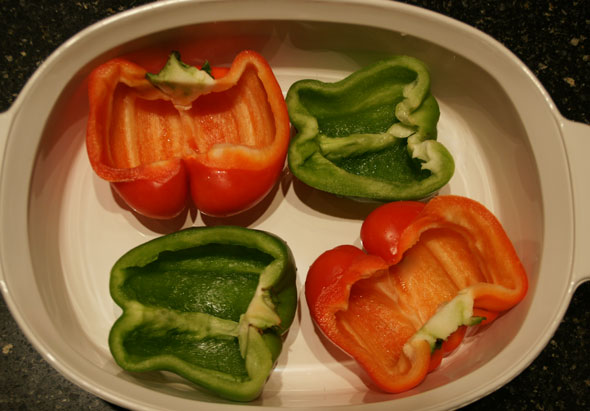 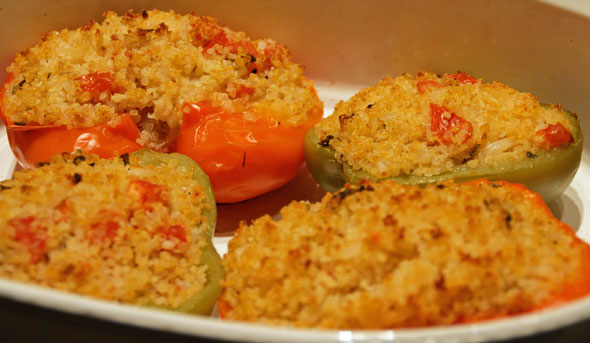 Quinoa is available at Whole Foods, Trader Joe's, any natural food store and some supermarkets.

Until my next update, I remain, your quinoa-loving correspondent.

« The Pumpkin Patch at Oregon Heritage Farms To Eugene… and beyond »