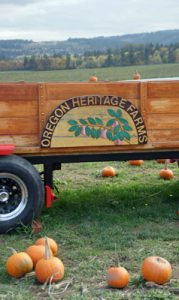 Like probably zillions of Americans, this weekend we visited our local Pumpkin Patch to choose a few orange globes for our front porch. The weather over the weekend was simply awful - skies so black yesterday mid-day, I thought it was 6 o'clock. Thunder and lightning so fierce, I unplugged the computer. Thunder shook the house. We had the gutters cleaned less than a week ago and it rained so hard, the gutters could not handle the volume and over-flowed. That is a lot of rain, even by Oregon-standards.

We used a break in the clouds to take a Sunday Drive down to Oregon Heritage Farms - the apple farm at the base of the hill (see my 7 September post). We are fairly sure the farm doesn't grow pumpkins, but have them brought in to the farm store for the season. The farm has a small petting zoo, a hay-bale maze, caramel apples, etc. The proceeds go to our local high school ski team. Fair enough. 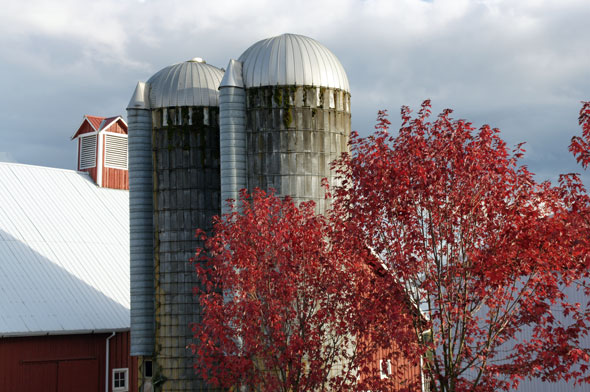 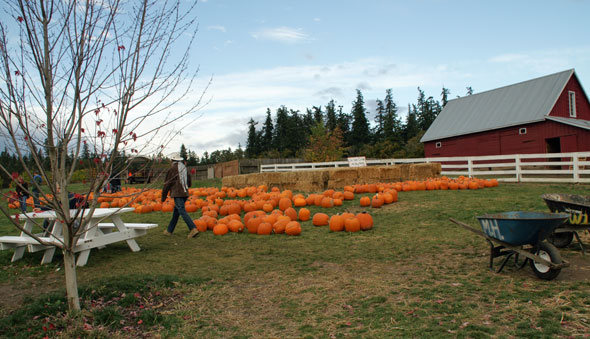 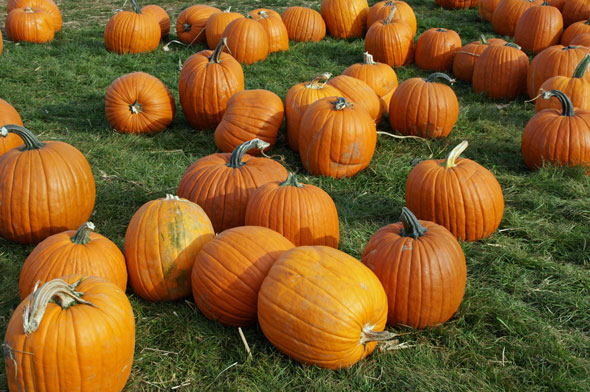 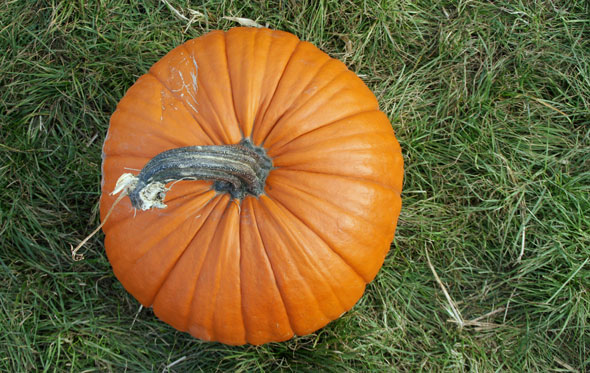 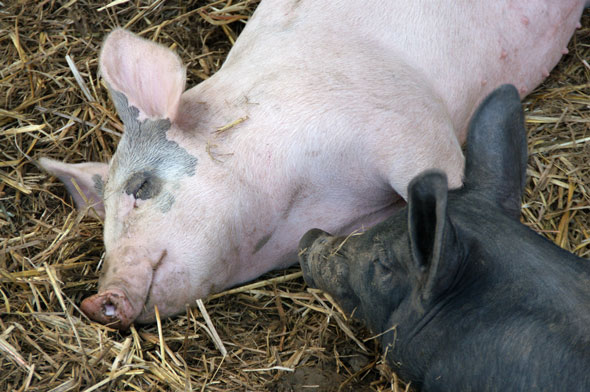 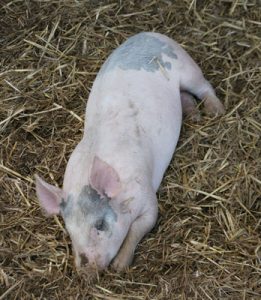 The pigs entertain the kidlets and dine on all the smashed pumpkins and rotten apples. The owner told us the pigs really just want to eat tomatoes though - they are bored with apples. I don't eat pork, but I imagine a pig that has been fed lots of apples would be some pig.

After choosing a pumpkin, the friendly kids from the high school ski team measure your gourd and take your money. We paid $7 each for our pumpkins - and they are massive.

As long as we were in the neighborhood, we took the opportunity to buy a few more apples - this time softball-sized Jonagolds. 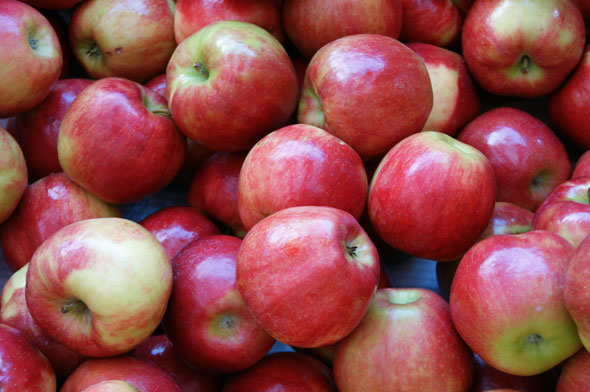 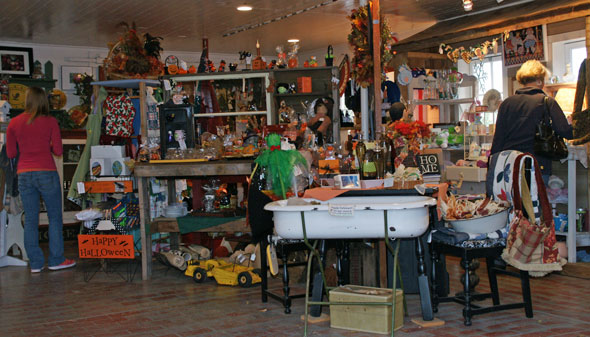 During the season, Oregon Heritage Farms opens a cute little gift shop too

We returned home and placed our prize pumpkins on the front porch, just as we do every year. It has been ten years now since we have had a "child" at home during Halloween, yet we continue the tradition. We were the only couple at the pumpkin patch today without a toddler of some sort in tow. Some years, we never do get around to carving the pumpkin - we are usually off somewhere in our motorhome. 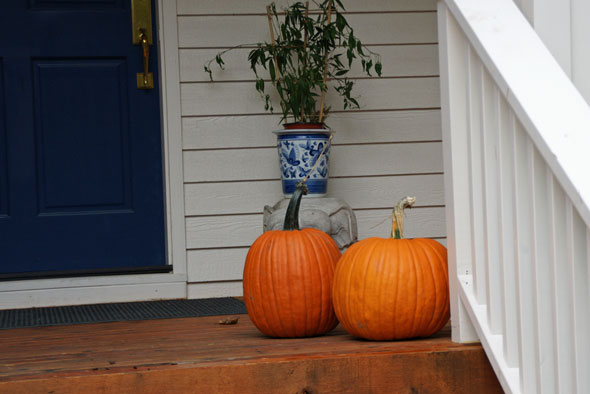 Pumpkins are on the porch - it is officially Fall

We alarmed a hawk, sitting in a dead tree on the edge of our property. He took-off and I barely had time to capture the flight. He was probably taking advantage of the break in the weather too. 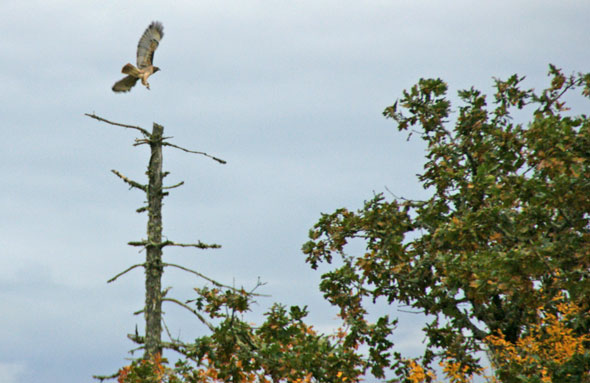 Until my next update, I remain, your Autumn correspondent.