Lenny's parents have flown back to DC. The rental dudes arrived to fetch the chairs, umbrellas and shade tents. The dishwasher has been through ten cycles. The recycling bin is over-flowing. It must have been the greatest first birthday party in the history of the universe.

Today was a bit more relaxed. No parties. No momentous occasions. Lenny worked and the rest of us finished putting things away after the birthday celebration. 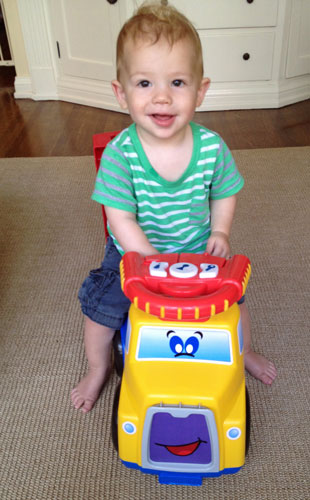 The Birthday Boy may have spent quite a bit of time riding around on his new truck - a birthday gift from Lenny's parents. Leo loves his new toy! 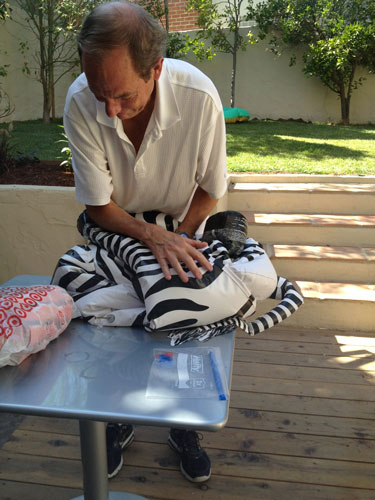 DT may have spent a little time in the back garden wrestling exotic animals. He deflated a zebra, a penguin and a giraffe.

Marlin Perkins would have been so jealous of DT's skills.

All of this activity is just too much for Little Leo. He crashed-out at ten o'clock for his morning nap. I know the rule about "when the baby sleeps, you should sleep"... but the tasks that can be accomplished when this baby sleeps is impressive.

Lunch time found us at a taco stand in Los Angeles (imagine that?)... where we sampled the chicken, beef and fish tacos - each just over $2. I'm not going to lie. They were not the best tacos I have ever tried... but since we chowed-down our meal in 15 seconds, maybe I am not the best person to comment. Leo crashed his mouth on the side of a restaurant table and split his lip - and screamed - so Lisa went to her car with him as we ate - while we had her lunch ordered posthumously "to go".

Leo is fine. Just a few hours after his "crash", no sign of the trauma remained. 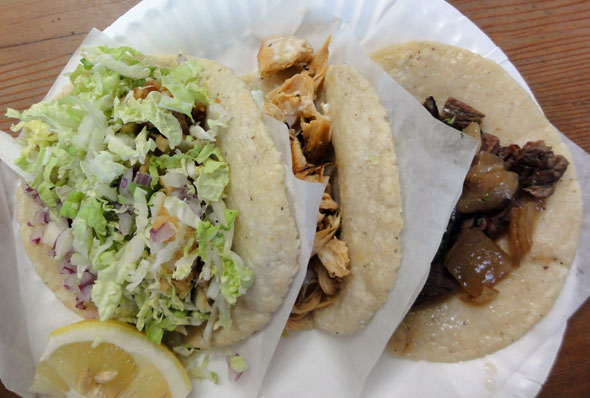 I have not been commenting on the Olympics, but most of my friends are doing well and moving on to the semi and final races. I am waking in the middle of the night to watch the races live on my iPad. Sleep is not necessary when you are in a house with a baby during the Olympics. Matt Jr. will compete tomorrow in the 1500m final (1:15p pacific).

We have a very big day tomorrow, so check back for that update.

Until my next update, I remain, your rested correspondent.