Indio, California:  As I explained, we have changed our plans and are now focused on getting My Driver well again. (The only driving he does these days is to doctor appointments.) The clinic gave him Sunday off from treatment, but he still had to do his exercises, therapy and ice, ice, ice. There is little improvement in his condition.

There is a lot of football on television November weekends, so that is how Dave occupied his mind and time. The Oregon Ducks lost yet again - this time to Stanford - in their final home game of the season. With the Duck basketball ranked 4th in pre-season polls, I think it's time to focus on college basketball? And don't forget Duck runners. Will King Edward Cheserek win his 4th NCAA Cross Country Championship next Saturday in Terre Haute? We are counting on Cheserek!

At sunset, there was quite a bit of excitement as the Super Moon rose above the Motorcoach Country Club. It truly did seem huge as it appeared above the mountains. 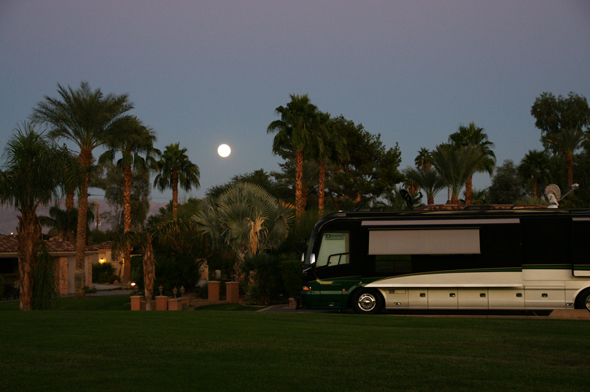 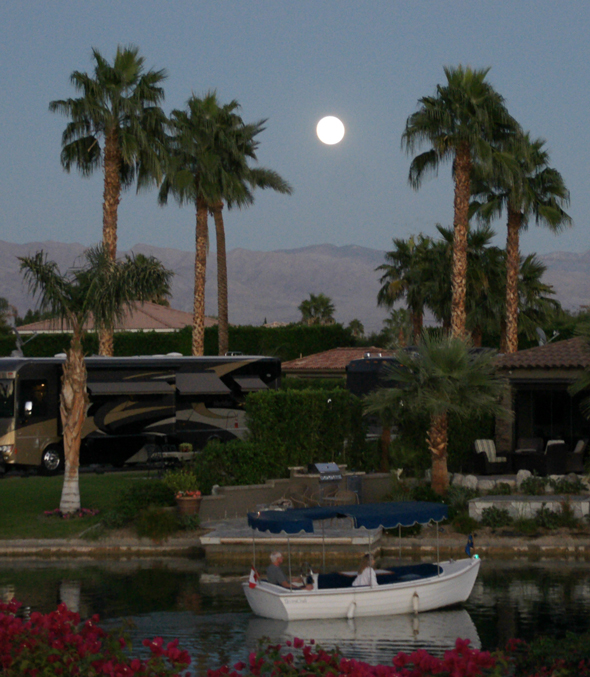 It was Pizza Night, so I made a pizza with ricotta and basil. Colleen & Rick brought us a bottle of Santa Margherita Pinot Grigio. I am happy to announce the 2015 is perfect. (This wine is somehow best on odd years.) 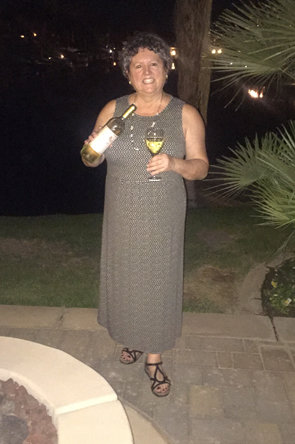 Here's something you rarely see on this blog - me!

Since we are not leaving the resort except for doctor appointments (DT) and grocery restocks (me), I will be doing a lot of cooking this week - a lot of Chinese food to make-up for our lost trip to Taiwan.

Until my next update, I remain, your odd correspondent.