Los Angeles, California:  DT went out of town for Trustee meetings, so I decided to hop on the shuttle plane to Los Angeles to see the grandkids. We had let September slip by (knee surgery!) without seeing them. I was afraid they would not remember me. They did, but their growth and change is so evident after six weeks apart.

Leo is reading so well. I put him to bed the other night and he read to me, instead of the usual vice-versa. 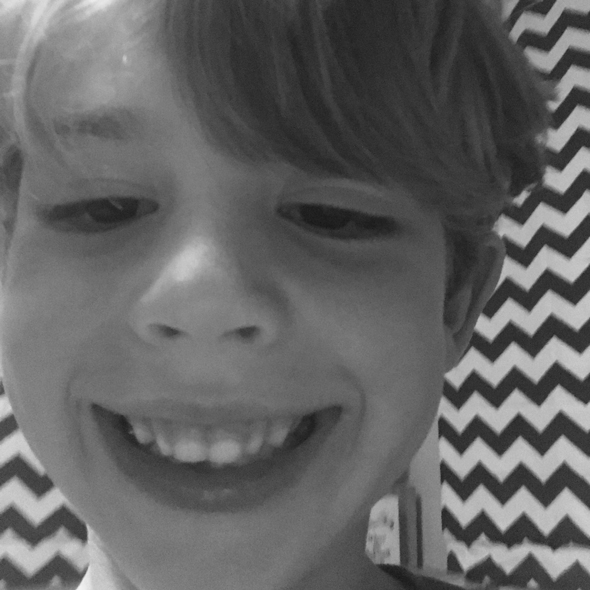 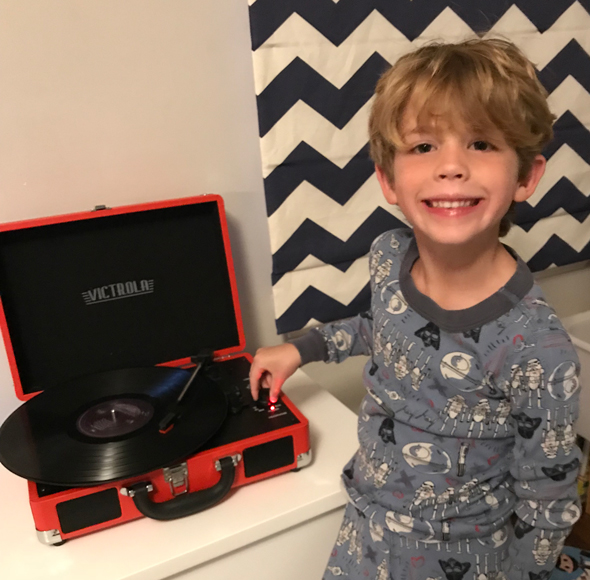 Leo played a record for me on the Victrola he received on his birthday in August. 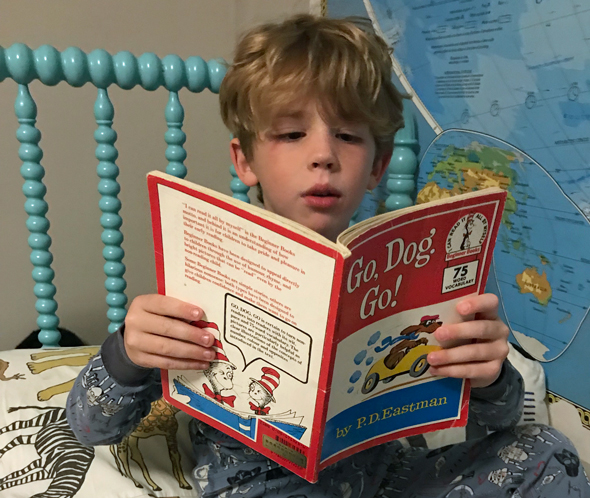 While he was reading to me, I noticed a little gold sticker on the back cover of the book: 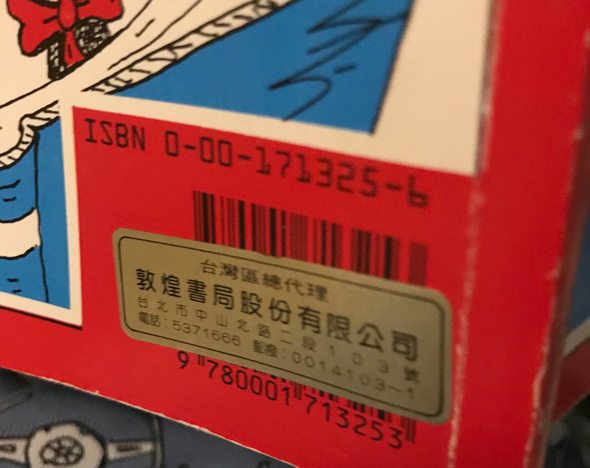 It was from a bookstore on Chung Shan North Road (pretty much the only Chinese characters I can still read on this sticker) in Taipei... from the bookstore where I purchased this book for his mother sometime in 1985-86 while we were living in Taiwan. There were several other titles with the same sticker: Hop On Pop and One Fish, Two Fish, Red Fish, Blue Fish on his bookshelf. I bet they were all purchased on the same day.

Not only was I here to see the grandkids, there was a project I had neglected to complete before we took the motorhome north for the summer: organizing Lisa's spice drawer. Her collection of spices was out of control, messy, chaotic and contained spices possibly purchased while she was in college. Months ago I had measured her spice drawer, counted her spices and purged anything ready to explode. Next I ordered 4 ounce jelly jars, Chalk Tops (Mason jar tops painted with chalkboard paint - they come in regular and wide mouth; this job required regular size) and a water-proof chalk pen. Then, well, nothing happened. I never finished the job. Lisa recently un-baby-proofed much of the kitchen and moved things around to make her kitchen tasks easier and stated it was time for me finish my task. 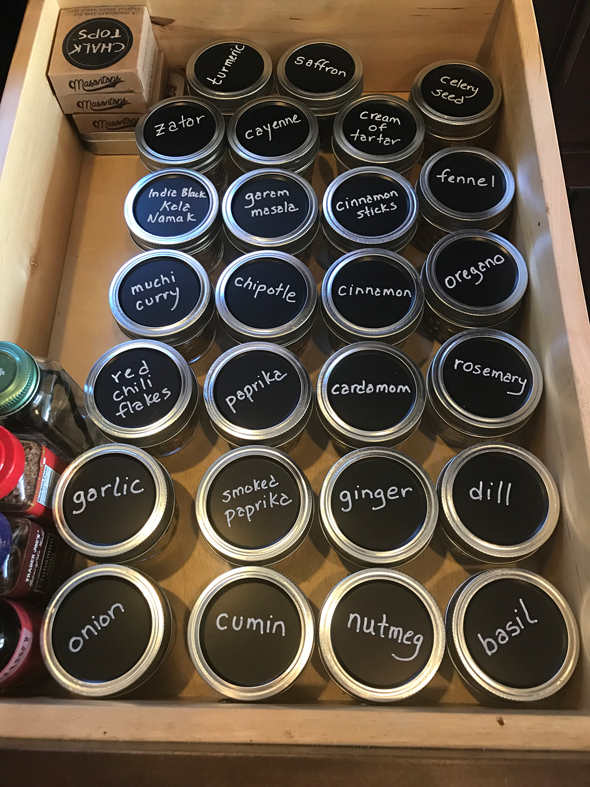 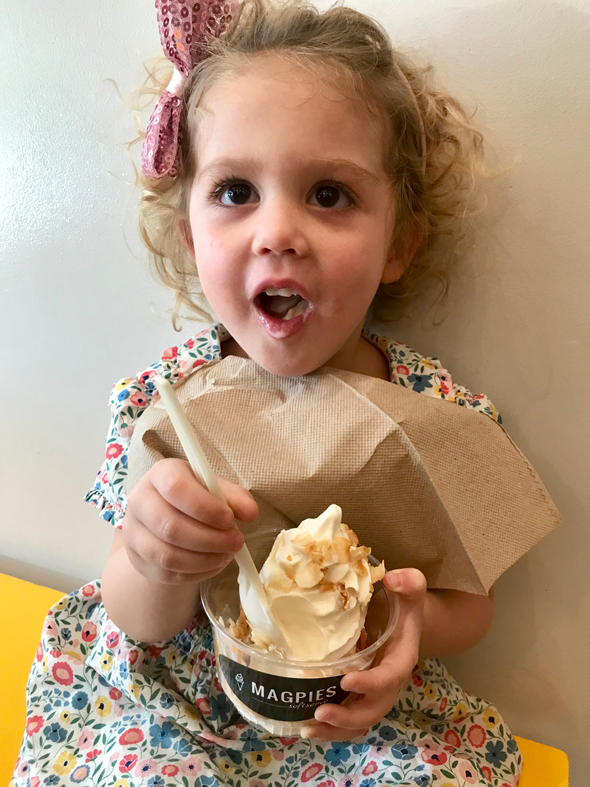 Lisa and Lenny celebrated their wedding anniversary tonight by going out to dinner - they had a free built-in babysitter after all. I fed the kids dinner, and, after baths, we watched 101 Dalmatians and popped some corn. Embarrassed to say this was the first time I had seen the film. (Leo and Lucy loved the part where Cruella deVil fell in the vat of molasses and the pig sty.) 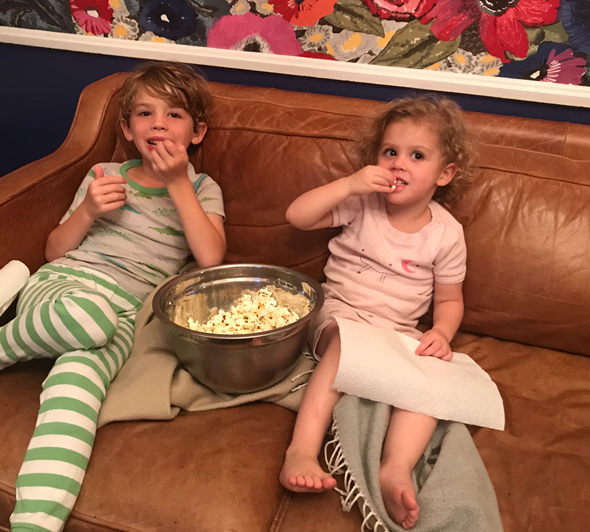 Until my next update, I remain, your it's way past their bedtime correspondent.
« Afternoon in Wine Country Soccer + Tea »