It was a 40+ mile drive from Los Angeles, but the fabulous "harvest festival" staged at the farm was well worth the drive - plus we saw Jay Leno tooling down the freeway in an antique roadster convertible.

I am not going to apologize for the extraordinary amount of photos posted today of Leo. He's my grandson. It's my blog. 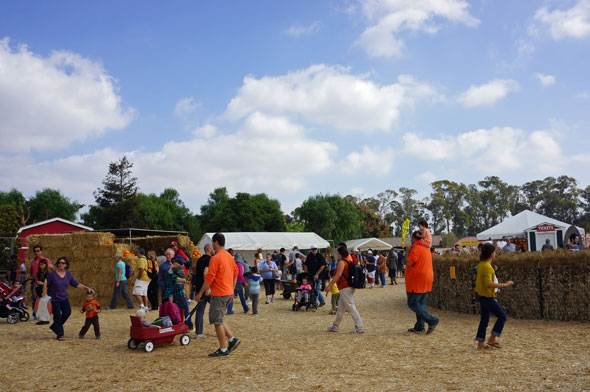 This is, without any doubt so ever, the nicest, largest, most organized, most interesting and most professional pumpkin patch I have ever witnessed. Thousands of people were there and it didn't seem crazy crowded. There was just so much to do - petting zoo, pony rides, hay rides, corn maze, live music, food, farmers market, crafts, antique tractors to explore, carnival games, plus acres and acres of pumpkins to purchase. There were a zillion things for kids to climb on, inspect and so many perfect scenarios for family photo poses. Acres and acres of free parking. Well done, Underwood family, well done. 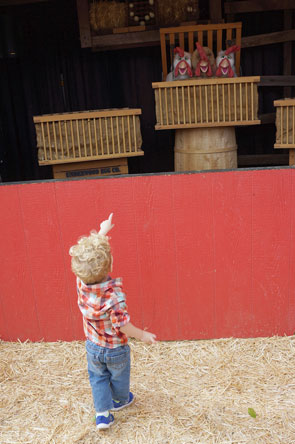 Leo "drove" a tractor and was enchanted by "singing" chickens

We rode around the farm in a hay wagon pulled by two 15-year-old massive Percheron draft horses: 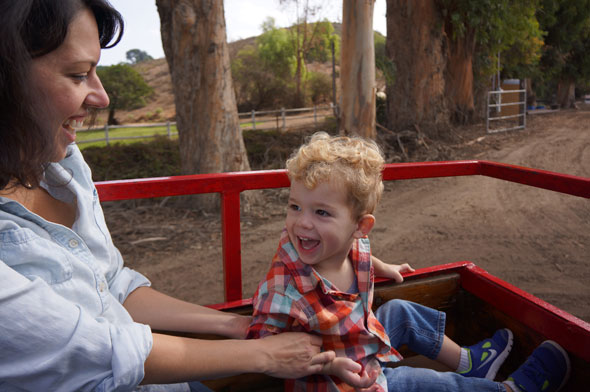 There is nothing cuter than a laughing toddler.

PHOTO FLASHBACK: Just for fun, here is a photo of the kids last year at a pumpkin patch. Leo was just walking. 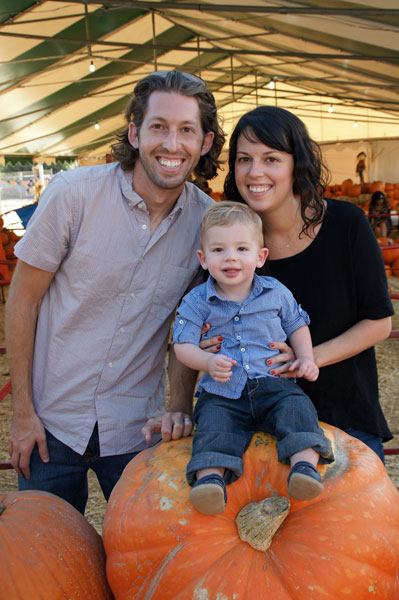 Next it was time for Leo to choose his pumpkin. 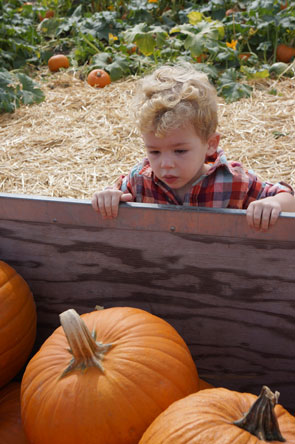 Then it was time for lunch - fish tacos. 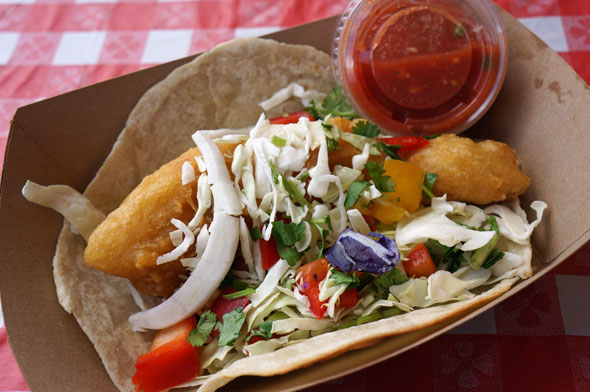 We also visited their produce stand: 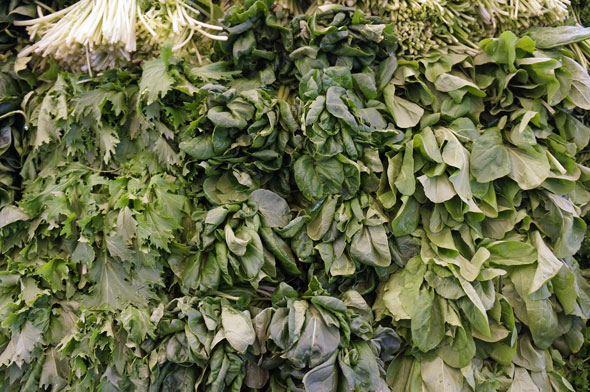 Leo was getting tired - he had been running around for several hours - but rallied when he found a playhouse built of pumpkins: 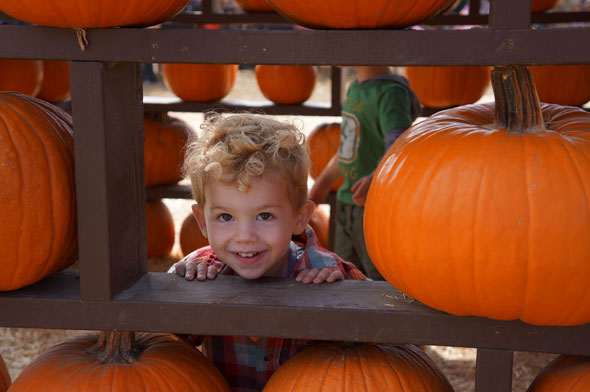 The haul was complete - it was time to head home. 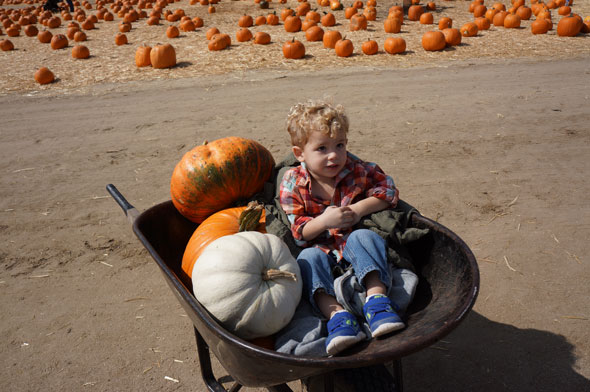 Another fabulous day with my family! 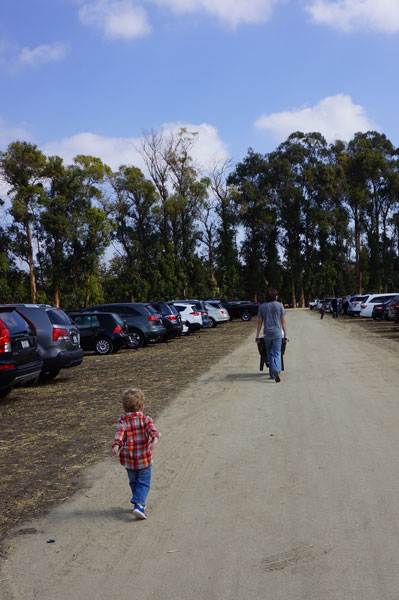 After Leo went down for a nap, I flew back to Portland. When I went through TSA inspection, straw fell out of my shoes. 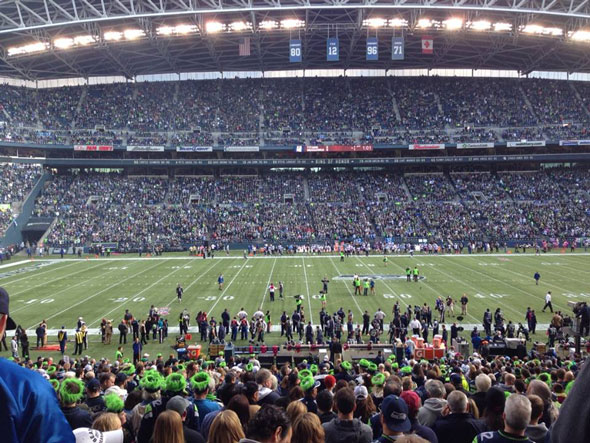 In Seattle, DT enjoyed watching the Seahawks beat the Tennessee Titans with the Family of Friends, then drove back to Portland.

Until my next update, I remain, your reunited correspondent.

« Aquarium of the Pacific News Around the Island* »