1. DT and I head south for the winter next Wednesday. I am a little over-whelmed with chores, errands, appointments, repairs and serious pantry and closet organization. Slowly, items are being scratched-off my to-do list.

2. This photo of our driveway gives you some idea of why we are anxious to get away before the weather turns cold: 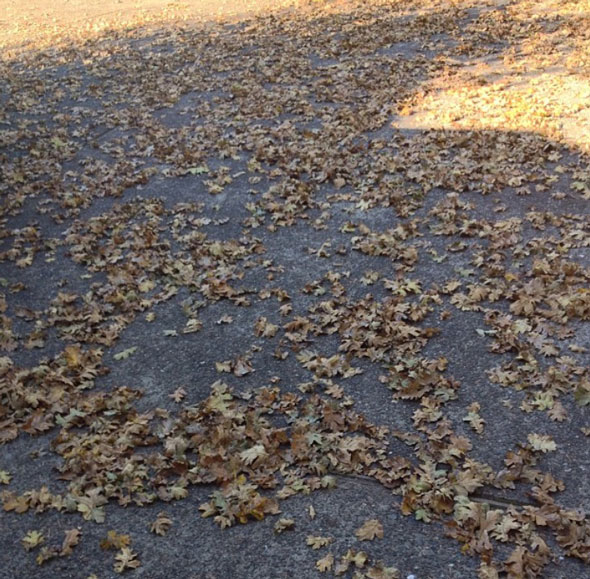 3. We had a gathering with the Family of Friends. Pulling-together different aspects from several recipe tests over the past month, I roasted chicken, and used rings of Delicata squash as the roasting rack: 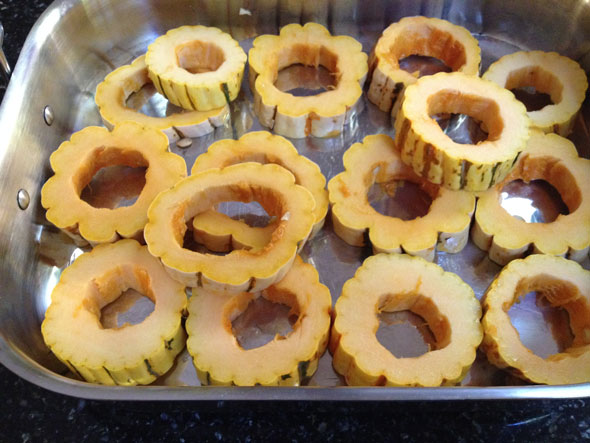 Topped with chicken thighs I had marinated in white wine, olive oil, lemon juice, garlic and fresh herbs, the squash rings - cut about one-inch thick - worked perfectly to hold-up the chicken and soaked up the yummy juices. 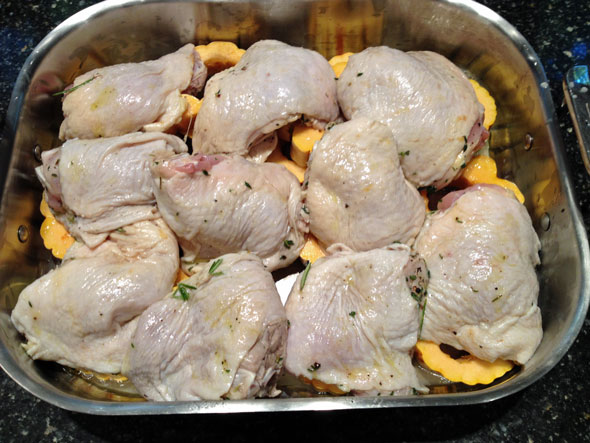 Back in March, I made a recipe from The New York Times, celebrating Persian New Year - Bejeweled Rice. I so enjoyed this dish and have been wanting to cook it for Woody since. Tonight was the night. 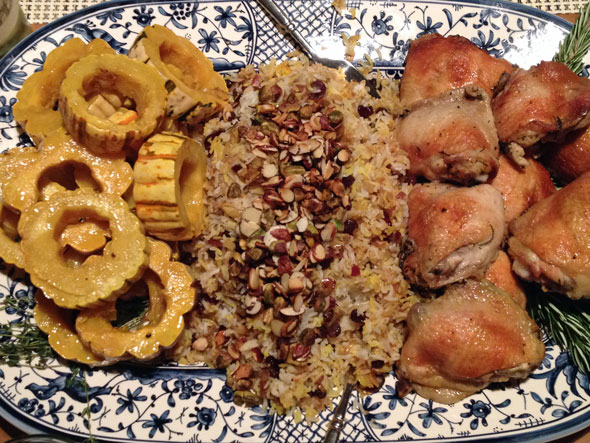 Dave and I placed this huge platter of food in the center of the table and everyone helped themselves to the feast. Fun times - and  Woody loved the rice.

4. We aren't saying goodbye to our friends... Woody & Kathy bought a new motorhome and will be heading south with us next week. One of our destinations is Palo Alto, California for the Oregon v Stanford game November 7th (Thursday Night Football?). Steve and Mary will join us on some of the trip as well. Fun times ahead.

5. The work on our stone path is complete. Such an improvement over the rotting railway ties and disappearing gravel of the old path. 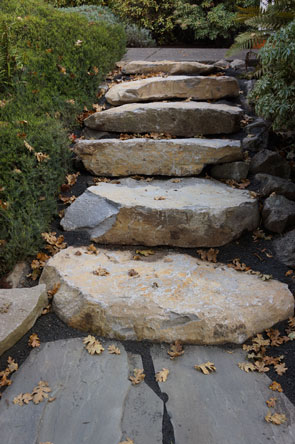 New stair steps were created with large boulders - this style matches the twenty-year-old steps on the other side of the house... 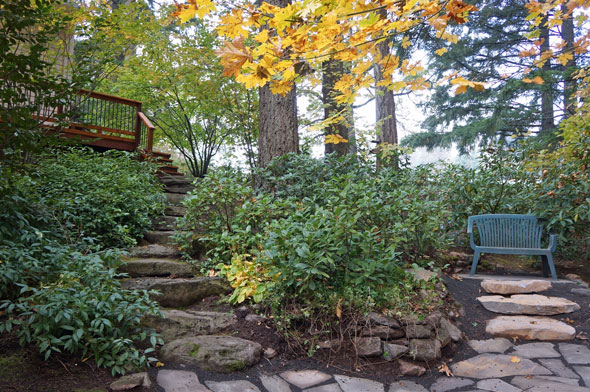 ... and will one day be darker and no-doubt covered with moss. 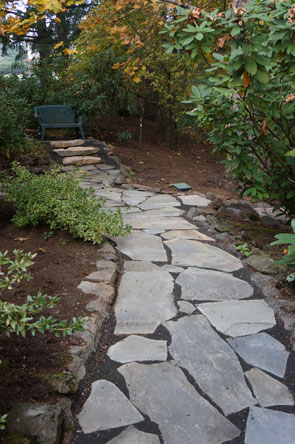 6. The Fighting Ducks are Fighting for Breast Cancer Awareness this weekend. They will wear pink helmets, gloves and shoes. The helmets will then be auctioned through the Play4Kay organization (named for North Carolina State head coach Kay Yow who passed away in 2009 from breast cancer). 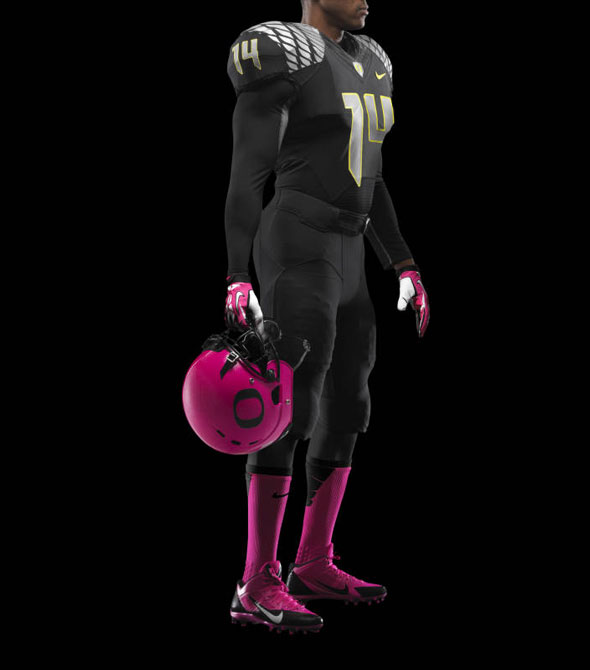 The Ducks face the Washington State Cougars Saturday in Eugene at 7p pacific. Watch the "pretty in pink" team live on FoxSports1. The Ducks are favored by 40 points.

*News Around the Island: We lived on Taiwan for a few years in the mid-80's. Occasionally The China Post would have a section, buried in the back of the flimsy 8-page newspaper, entitled "News Around the Island". The one-or-two line blurbs usually announced something like "Severed Finger Found in Taichung: Yesterday, a severed finger was found at the Ling Ling Hotel in Taichung." That would be the entirety of the reporting. The stories had no explanation, and were never followed-up. Kinda like this blog!

« Pumpkin Patch On The Road Again »