Aquarium of the Pacific

Los Angeles, California: Lisa and I drove south to Long Beach to take Leo to the Aquarium of the Pacific. 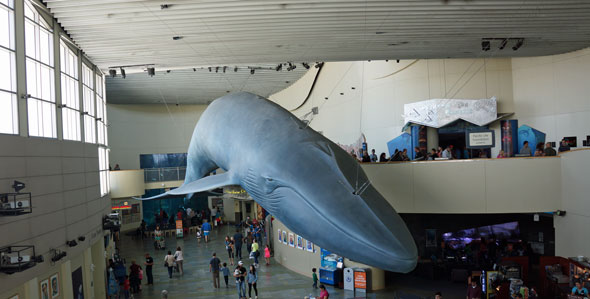 The aquarium was absolutely amazing and so much nicer than I expected. Because there was a two-year-old in tow, we had a much abbreviated tour through the facility. 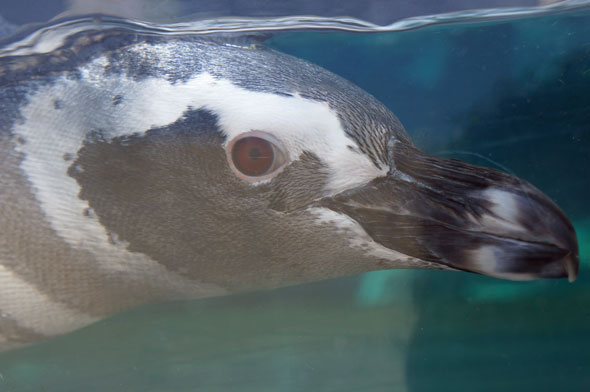 Leo especially enjoyed the penguins and was able to pose with (plastic) penguins. The aquarium has a child-sized glass "cave" built into the penguin pool so kids can feel they are under the water with the penguins. Very clever. 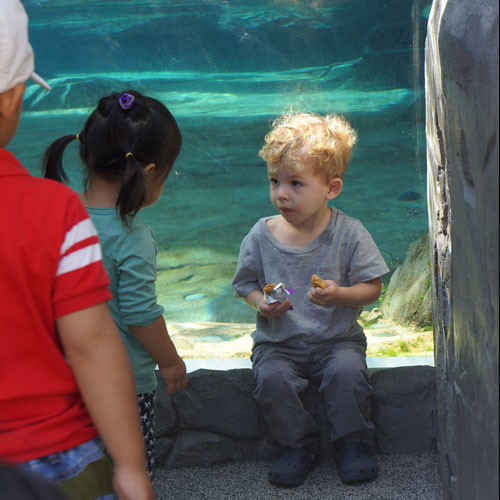 Leo - interacting at the aquarium

We arrived to the sea lion exhibit just as trainers started a show. Our view - directly in front of a glass wall - had Leo inches away from the stars of the show. 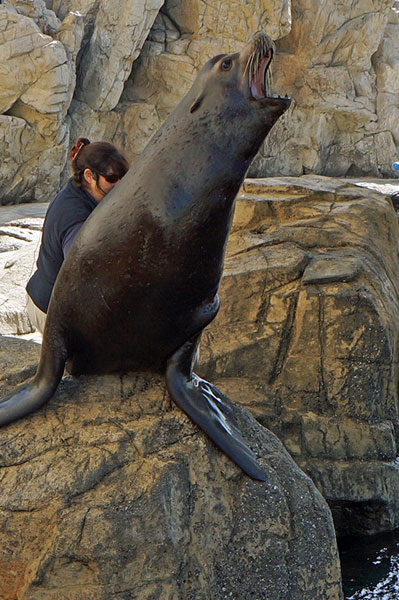 The huge creatures caught fish thrown by the trainers, did tricks, danced, "waved" and showed-off their teeth and diving skills to the crowd. Leo squealed with excitement.

There is so much going on at the aquarium. Everything is presented so well, with so much emphasis on making the exhibits kid-friendly. Plenty of room to run around as well.

The Aquarium has over 11,000 animals on display - all animals that inhabit the Pacific Ocean, from the icy waters off Alaska, to the tropical seas in Australia. Magical.

This fish could only be named the Spotted Unicorn Fish. 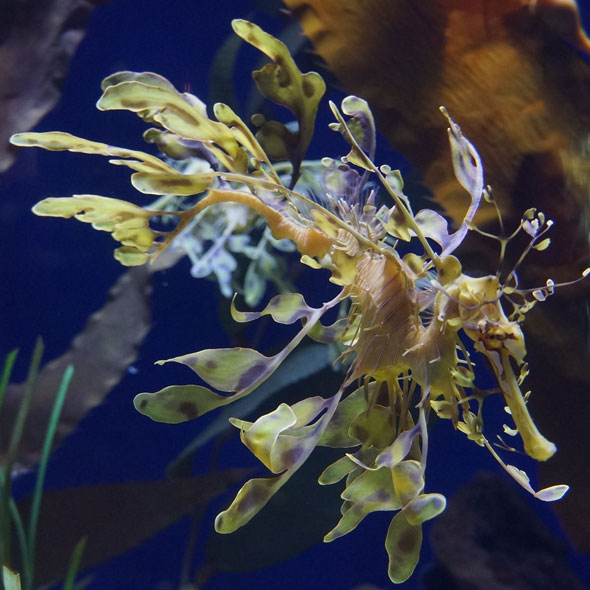 I was fascinated with the Leafy Sea Dragons. It is nearly impossible to believe this is a seahorse. The Aquarium of the Pacific is the only facility to breed this species in captivity. The above seahorse was about the size of a head of lettuce.

Another great day spent with my beautiful daughter and beautiful grandson. (My beautiful son-in-law had to work.)

Meanwhile, in Seattle... my beautiful husband and his posse were in the nose-bleed section of Husky Stadium, but still a perfect vista to watch the Ducks beat the Washington Huskies, 45-24. #2 Oregon is now 6-0. 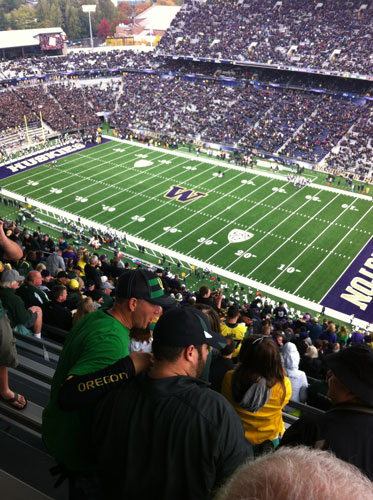 Until my next update, I remain, your aquatic correspondent.
« North & South of Oregon Pumpkin Patch »