Eugene, Oregon: It must have been a rough night around the old RV resort, Momma Duck only has ten babies this morning. Oh, no!

Our day started with runs. DT drove over to Pre's Trail to run on the soft bark-chip trails. Not me. There are way too many famous runners in town this week and they would all be exercising on Pre's Trail (it's a ritual). I would die of embarrassment to be seen jogging at my über-slow pace. Instead I ran on the hilly road just steps from the RV resort... so it was a good start to what would prove to be a very good day.

First, because of DT involvement (all volunteer) with the University of Oregon, he was given a parking pass RIGHT IN FRONT OF THE TRACK. Rock Star Parking! Next, walking to our seats, we ran into decathlete Ashton Eaton entering the field for his first event of the day. 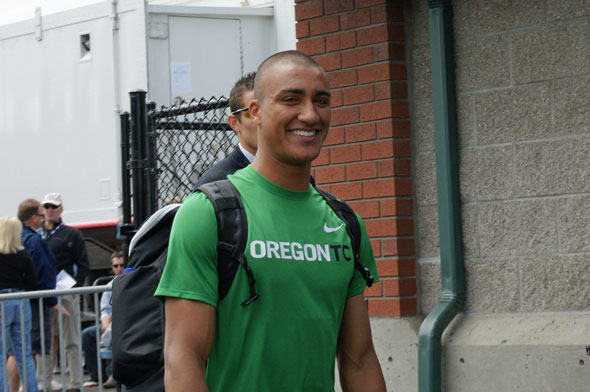 One look and I could tell he was READY! Go Ashton.

Then we went to our seats - and they were right on the finish line! 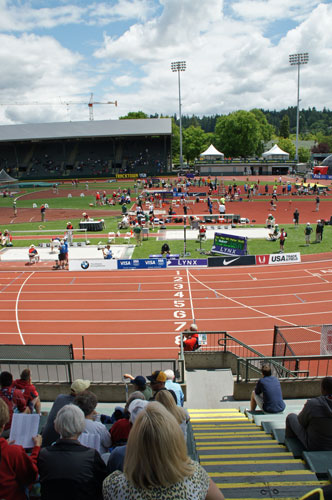 Then the sun actually appeared. Could things get any better? 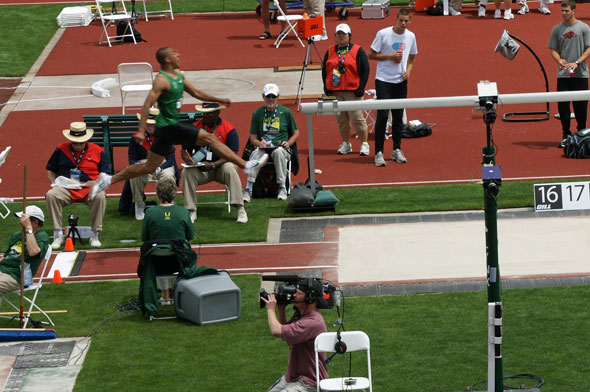 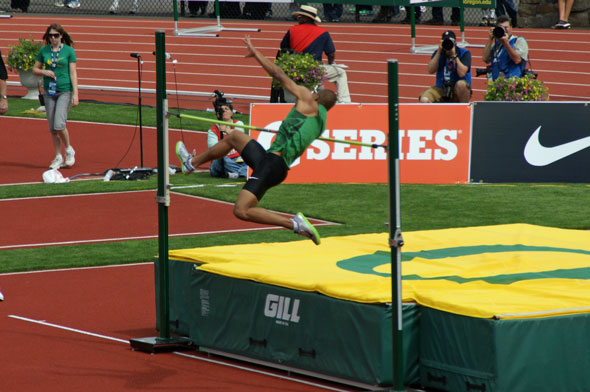 There was even more great news today for Duck and ex-Duck athletes. Laura Roesler moved on in the 800m and sophomore Jordan Hasay made it into the 1500m final! The Men of Oregon also had spectacular finishes. Elijah Greer advanced in the 800m, Stephen Finley made it into the steeplechase final and freshman Michael Berry moved up in the 100m! I don't need to tell you Matthew Centrowitz won his heat and will run in the 1500m final Saturday - do I? How about if I tell you he will be joined in that race by Andy Wheating, Jordan McNamara and A.J. Acosta? All Ducks - All The Time! 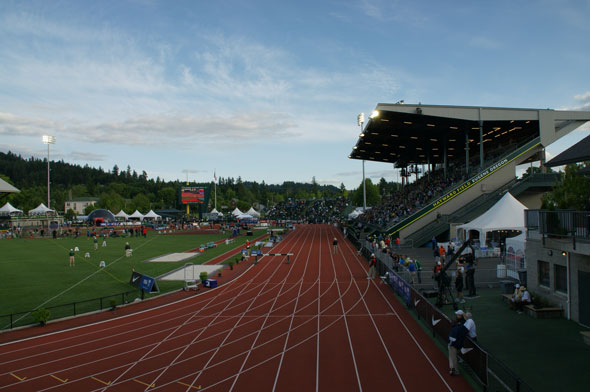 We moved up to The Bowerman Building to watch the 10000m races. Shalane Flanagan, Kara Goucher and Jennifer Rhines will represent the USA at the World Track & Field Championships this August in Korea. 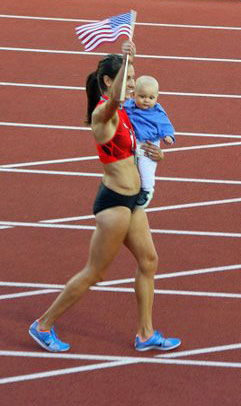 In her spare time, Kara had a beautiful baby boy 9 months ago! He joined his proud Momma as she took her victory lap.

The men's 10000m race was very interesting. The racers bunched-up together and didn't spread out until the last few laps. 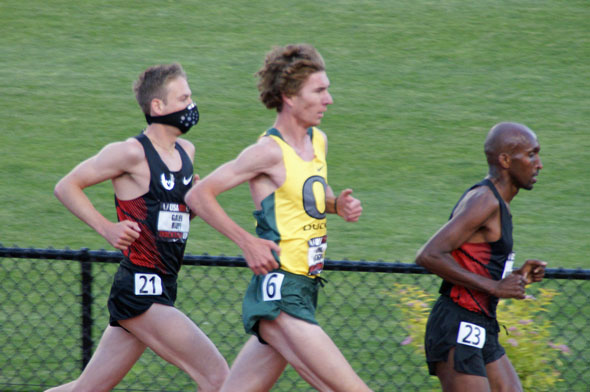 Even stranger, was the device worn by ex-Duck Galen Rupp. Galen has asthma and Eugene is known for terribly high pollen counts. We assumed this was some sort of air filter? 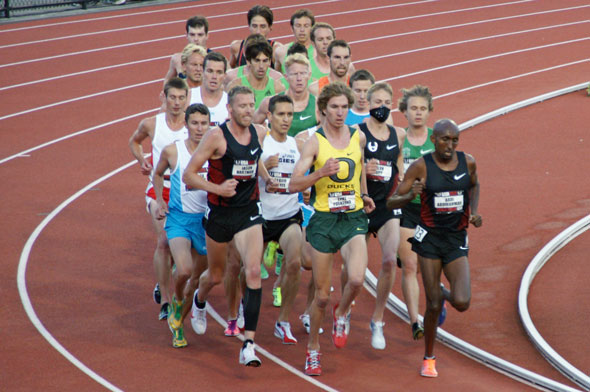 Galen wore it for about twenty laps and then threw the Darth Vader contraption to the side of the track and continued to win the race!

This was only the first day of a four-day meet. Too much excitement!

As we were leaving the track, we ran into the Centrowitz family and a whole troop of men who ran at Oregon with DT. 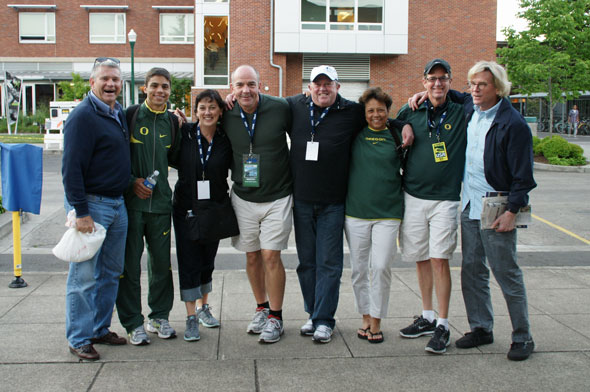 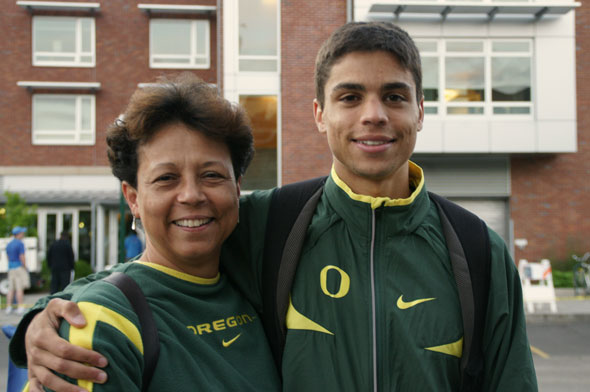 My favorite photo of the day - Matthew with his Mom.

Until my next update, I remain, your track correspondent.
« Track Town USA All Ashton, All The Time »