Newport, Oregon:  Keeping Leo up a little past his bedtime last night, allowed Dave and I to catch an extra HOUR of shut-eye this morning. Luxurious! I had organized most everything before we flew down to Los Angeles, so it didn't take long before we had everything for our epic camping trip loaded into the car and we were off for the storage facility to get our motorhome.

Everything seemed to go well. Slide rooms extended. Belonging stored. Slide rooms retracted. Car hitched. The only chore remaining was to install Leo's car seat in the motorhome. (We checked two car seats on the flight yesterday, so we would not have to move Leo's car seat from the RV, back-and-forth, to the tow vehicle.) But, something was not right. We installed the seat, but could not adjust/loosen the straps enough to accommodate Leo - and it was Leo's car seat from Lenny's car! We called Lisa. We video-chatted with Lisa. Dang thing would not adjust. The sliding thingamajig behind the headrest would not snap into place. Lisa agreed something was wrong. Something must have happened to the car seat during transit? We abandoned it to the RV storage garage and had to switch out the one in the car... completely negating the reason we schlepped two car seats from California. Waaah! (How the hell did I survive childhood without a car seat at all?)

Safety first! Lisa is having a car seat (that can be turned into a booster seat if Leo ever gets over 40 pounds - highly unlikely anytime soon) delivered to our campsite via amazon.com! Clever girl. It is one that we will just keep in Oregon. Crisis averted, but 45 minutes (in 90 degree heat) wasted. Leo was well-behaved during this circus as I stuck him in front of his iPad again. Thank you, Steve Jobs. Thank you very much.

We needed fuel. I told Leo our motorhome was really a huge green dragon and it needed to be fed. Our RV is stored near a big truck stop, so we pulled-in to feed the dragon. Of course, the steps did not deploy when DT opened the RV door. Of course.

We finally left Portland and headed west towards Lincoln City and took a left to follow Highway 101 to Pacific Shores RV Resort, just north of Newport, Oregon. When we opened the door at the campground - voila - the steps extended! Whew.

Those dang steps have a mind of their own, don't they? 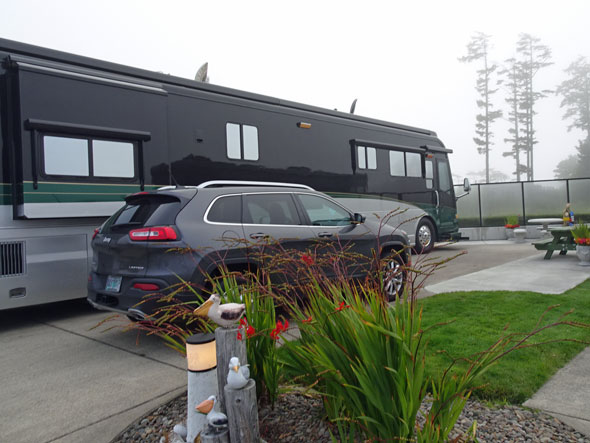 From the above photo, I suppose there is no need to mention it was not 90° in Newport? It wasn't even 60 degrees. It was foggy. It was cold and it was windy. This resort is for motorcoaches exclusively. All sites are privately owned. We rented through their website. 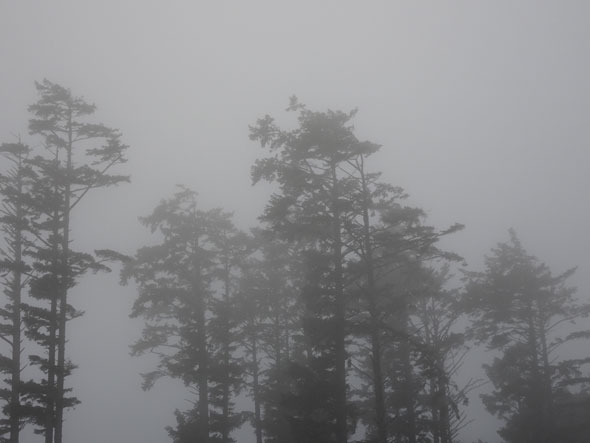 This photo is not in black and white.

No matter the weather - we had a five year old boy to entertain. A boy who had been a dream during the drive to the beach. He kept telling me, "I just love your RV, Bubbe" - like he had been in hundreds of motorhomes.

After getting re-situated, we drove the Jeep to Old Town Newport to view the vacationing California Sea Lions that usually inhabit the docks in the port. The sun was shining in Newport! Just a block from the docks we could hear barking and knew Leo would be very excited at what he was about to witness. 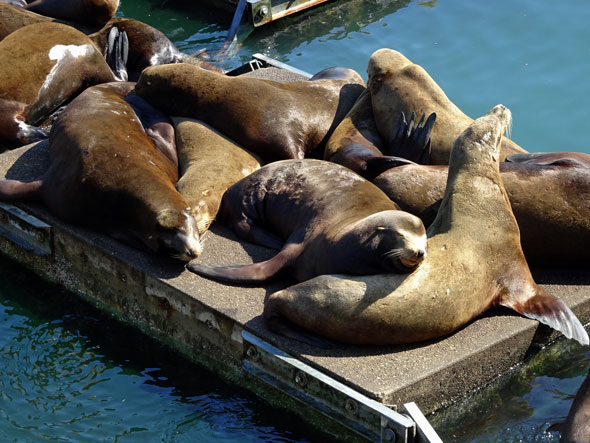 Forty or fifty huge sea lions were lounging, fighting, snorting, barking, swimming and generally causing quite a ruckus on the floating docks. Leo was very excited. 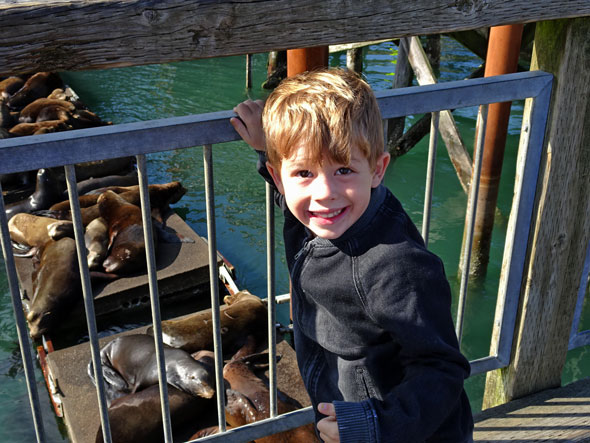 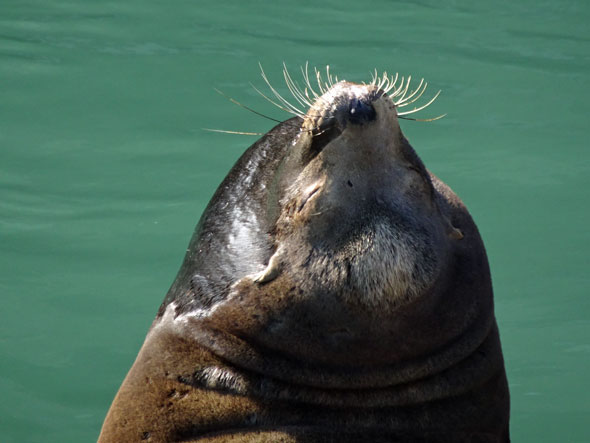 Upside down and backwards - the largest sea lion. Leo called him the Chief. 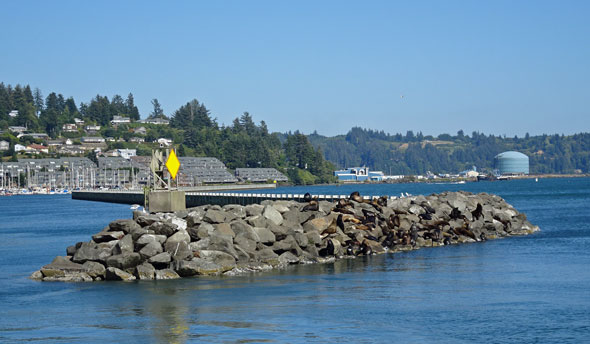 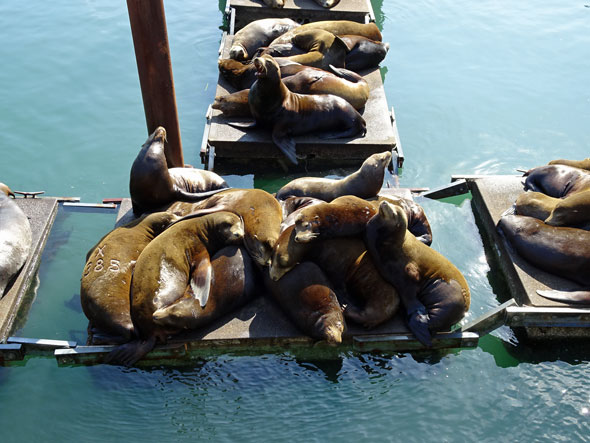 We walked around the docks and piers for a bit, looked in a few shops - Leo now owns a teeny sea lion plush toy - and then came back to the RV for dinner. Soup night: Broccoli Cheddar, served with a baguette and crudités. 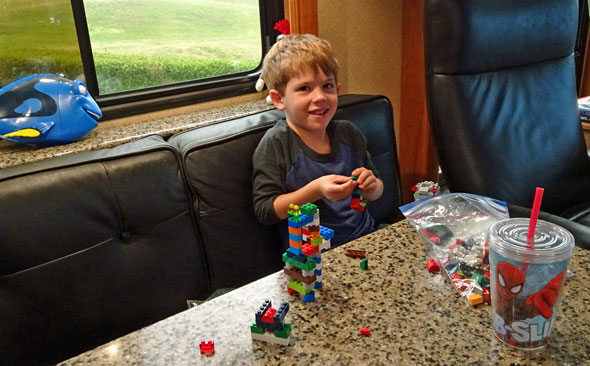