Newport, Oregon:  Another great day with Our Favorite Grandson! Before bedtime last night, we started The Boxcar Children, Book 1, by Gertrude Chandler Warner. The story, first published in 1924, is about four orphaned children trying to stay together against terrible odds. I was afraid Little Leo would be freaked-out about the whole "dead parents" part, but he was glued to the tale - and there are only black & white drawings every few pages or so. We went through the first four chapters. Considering Cinderella, Snow White, Elsa & Anna, Nemo... on and on... have dead parents, I suppose it isn't that rare of an idea to a five year old? Anyway, best five bucks I have spent in a while. 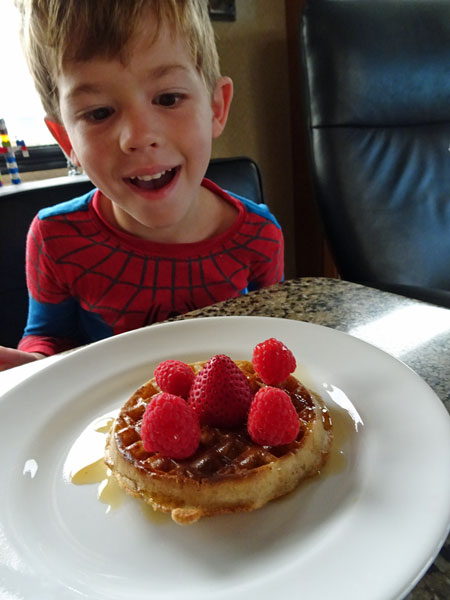 Our Big Adventure today was to visit the beautiful Yaquina Head Outstanding Nature Area. Pronounced Yaw-KEEN-ah, the park features a 143-year-old still-operating lighthouse, an interpretative center about the lighthouse, trails and amazing tidal pools to explore below the cliff where the lighthouse stands.

The lighthouse was closed to visitors today, but we spent a few hours exploring the tide pools with Leo. 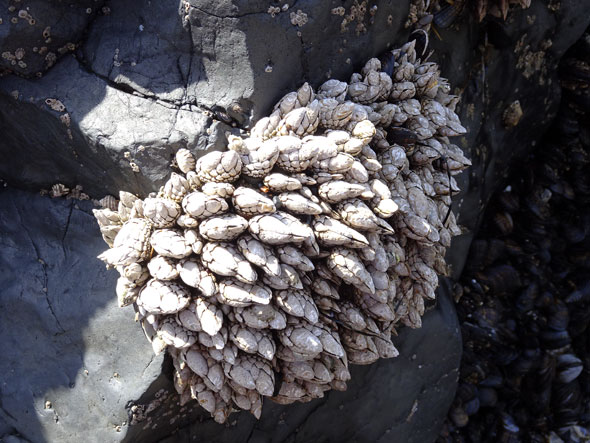 The beach below the lighthouse is called Cobble Beach. It is ridiculously difficult to walk on the rocks, as they roll under your weight. Leo felt like he was sinking and thought it was pretty fun... after taking a few moments to get used to the sensation. 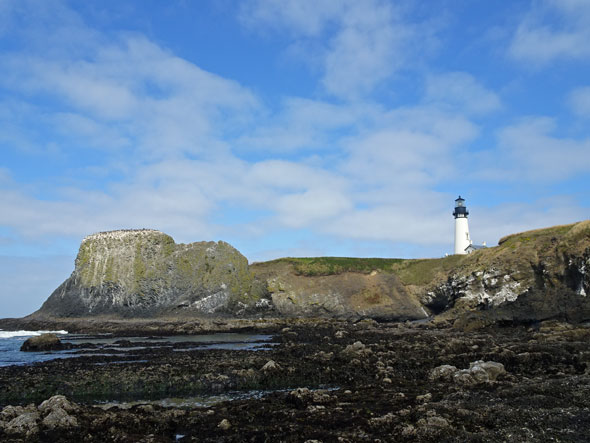 View to the lighthouse from Cobble Beach and the tide pools

On the rocks just off-shore there were thousands of nesting birds - cormorants, terns, gulls and puffins. There were also over a hundred Harbor Seals sleeping on the rocks or swimming in the shallow water. The seals would come within just a few feet from shore. Leo loved watching the seals. 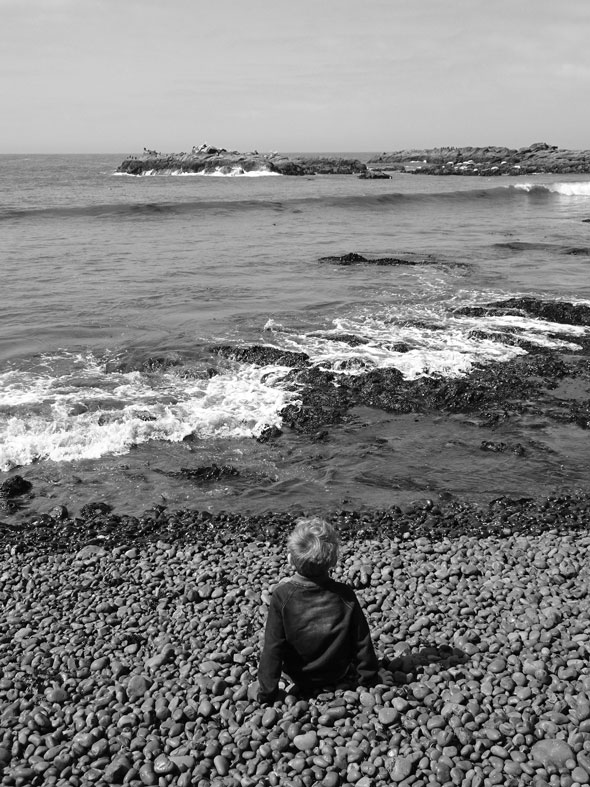 One of the most interesting animals Leo saw today was a partially decomposed bird carcass. Oh, goodness, so many questions! 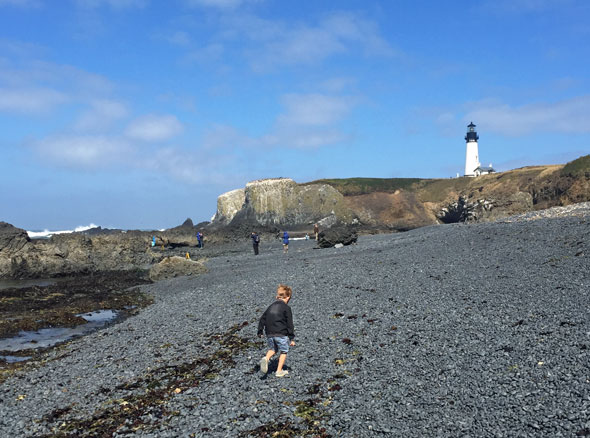 Then we climbed the 100+ steps back up to the lighthouse. 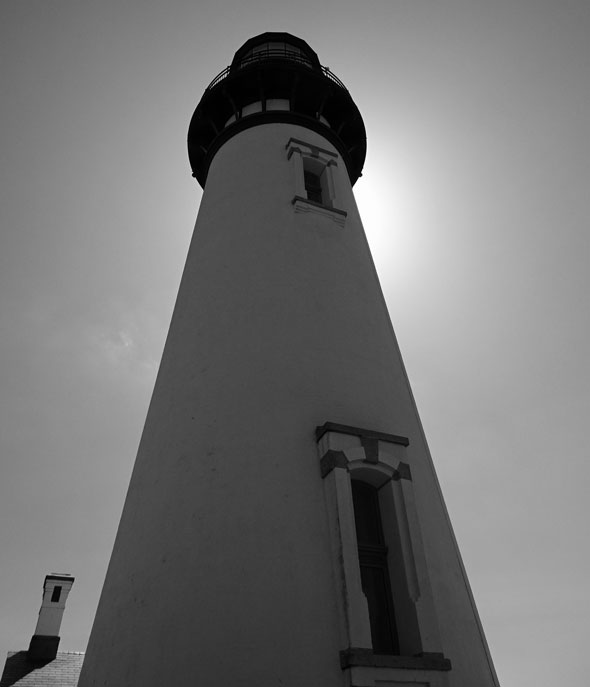 On the north side of the lighthouse is another huge rock outcropping with even more nesting birds - so noisy! 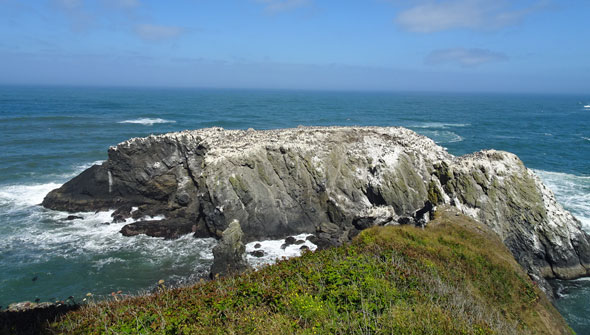 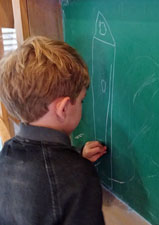 Truly amazing way to spend a morning. Leo really enjoyed looking in the tide pools and touching little critters. The sun was actually shining and it wasn't too windy. Admission was $7 for our car/occupants and the ticket is good for three days.

Then we went to the Yaquina Head Interpretive Center. A visitor really should visit the Interpretive Center on the way into the park, but we had been there many times already and thought Leo would enjoy it after... plus they have a little gift shop with a good selection of postcards... and nice bathrooms. Leo wasn't too interested in lighthouse facts, but liked the whale bones and sat rapt through most of a video about the lighthouse's famed French Fresnel lens (of all things) and later drew a perfect rendition of the lighthouse. The lamp cost $11,000 in 1873. Leo especially enjoyed the display about the life of early lighthouse keepers and their families. The center has period costumes for kids to wear and an assortment of old-school wooden toys to play with - and to figure out how to play with! 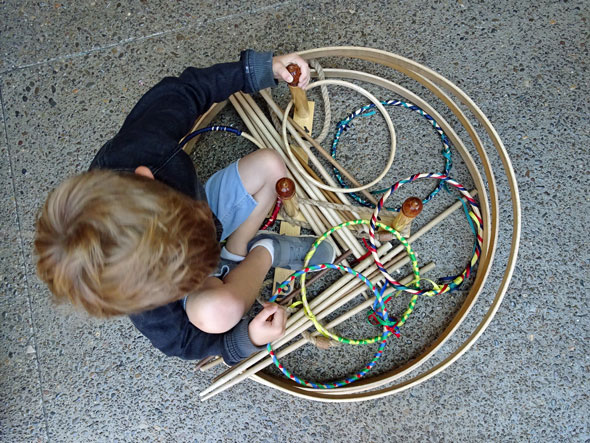 One boy's hoop toys are another boy's art creation.

I will not apologize about the numerous photos of Leo. It's my blog. 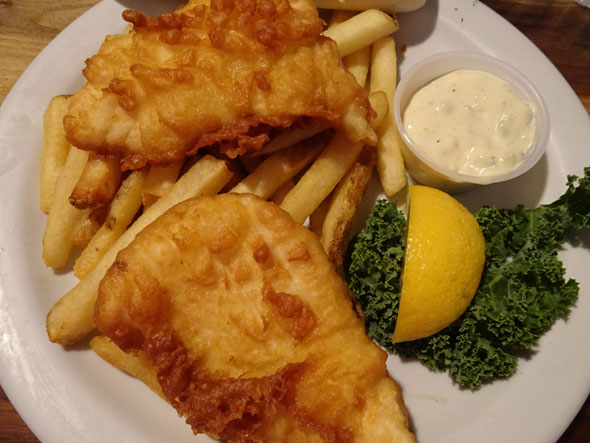 By now, it was getting towards lunchtime, so we drove north a bit to Depoe Bay (the world's smallest harbor) for fish and chips. After lunch we took Leo to visit Ainslee's Homemade Salt Water Taffy - a shop my parent's brought me to many, many times as a child. 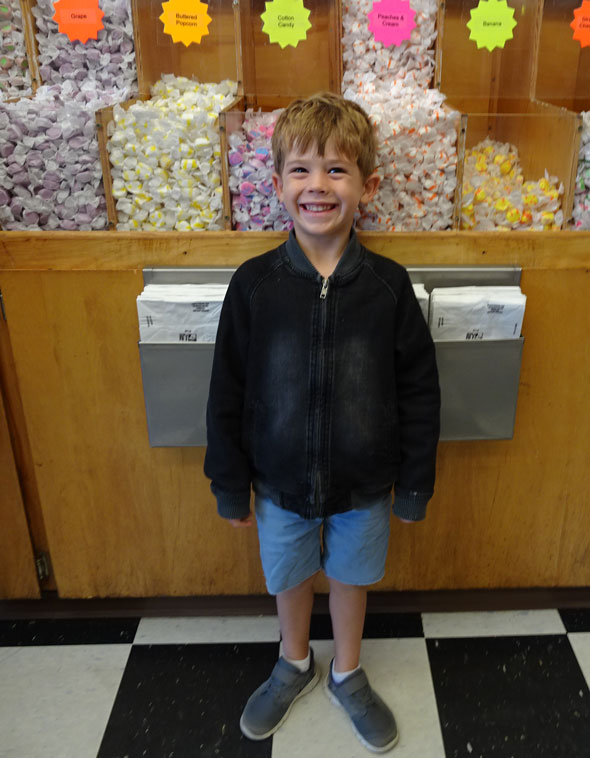 We had walked quite a bit, climbed a lot of stairs, spent several hours poking around tide pools, had lunch and walked up and down the main street of Depoe Bay. Do you think our Little Guy wanted to rest? Nope. He wanted to go swimming. Pacific Shores RV Resort has an outdoor and an indoor pool. With the cool temperatures and wind, we opted for the indoor pool. 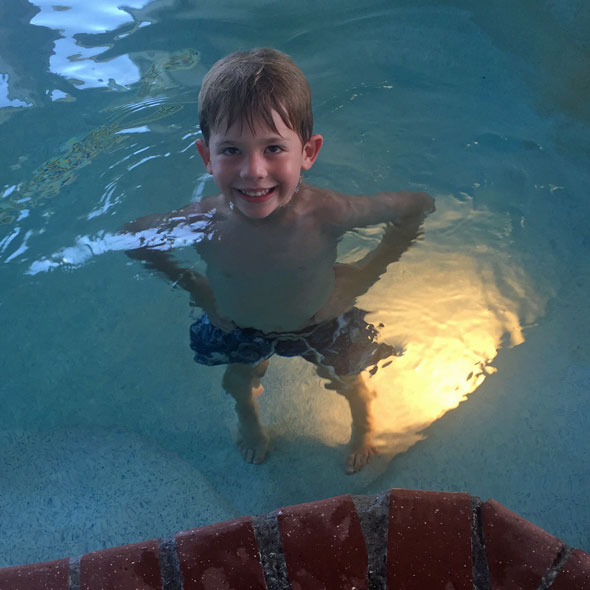 Leo swam for 2.5 hours and one us stayed in the pool with him at all times. We visited the hot tub a few times as well. A sign above the hot tub stated children had to be 5 years old to use the spa. Leo made it by three days! Whew.

After swimming, we all went out to the glassed-in sun porch to dry off and warm up. Would you believe we found another dead bird? A poor little bird had obviously flown into the glass wall and had broken his/her neck. Leo was certainly getting schooled on the cold hard facts of nature today.

After a snack, Dave and Leo hiked the entire trail down to the beach from this resort, walked half-a-mile down the beach and then all the way back to the RV - well over two miles! If only we could harness this energy. 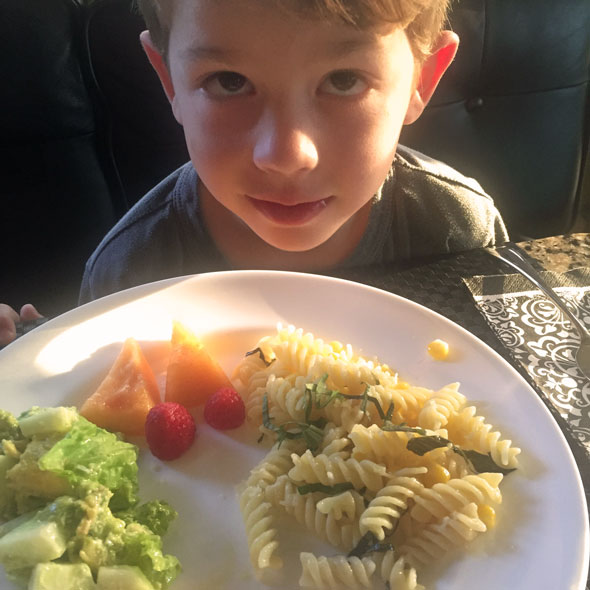 When they returned from their hike, Leo declared "my stomach is getting cranky" and began whining for food. Dinner was ready - corkscrew pasta with corn, basil and parmesan. I also served a salad with baby tomatoes, cucumbers, avocados and red leaf lettuce - along with cantaloupe and raspberries. Little Dude chowed it all down, had a shower, a chocolate chip cookie and watched the first hour of the Opening Ceremonies. Then he announced he was going to bed!

One more chapter of the Box Car Children and he was OUT.

Until my next update, I remain, your tired-myself correspondent.