Portland, Oregon:  I was pretty-much "tracked out" after four days of the NCAA's in Eugene, but we still wanted to watch a few athletes race Sunday at the Portland Track Festival, held at Lewis & Clark College. This meet is massive, holding tons of races of each event over two days as they hold high school and pro races and anything in-between. 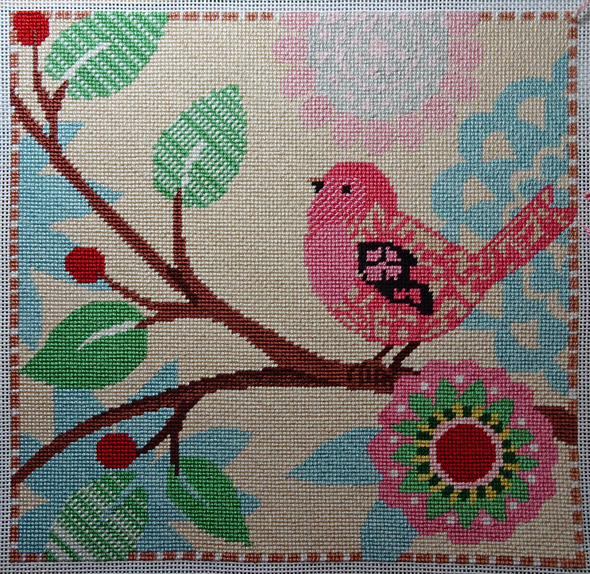 I would have been more excited for the meet if I hadn't stayed up until the wee hours Saturday night finishing this needlepoint canvas. I've been working on this dang thing for months. Every stitch (20,736 of them, but who's counting) completed in silk.

Put a Bird on It. 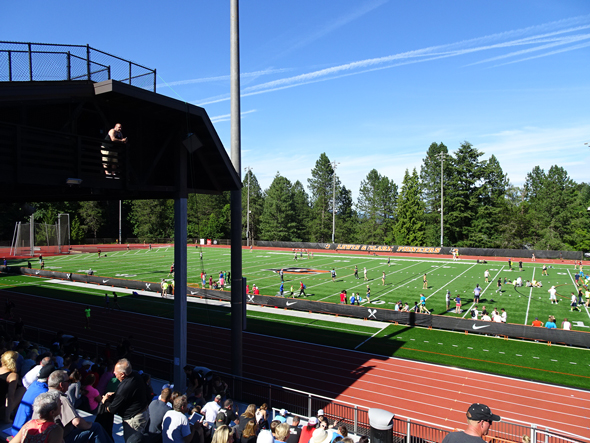 The facility at Lewis & Clark College is beautiful. The track (and their football field) is situated in suburban Portland and it feels like you are sitting in a forest. Very peaceful. The surrounding campus is filled with meandering paths, stunning displays of blooming roses and hydrangeas, storybook brick buildings and towering firs. 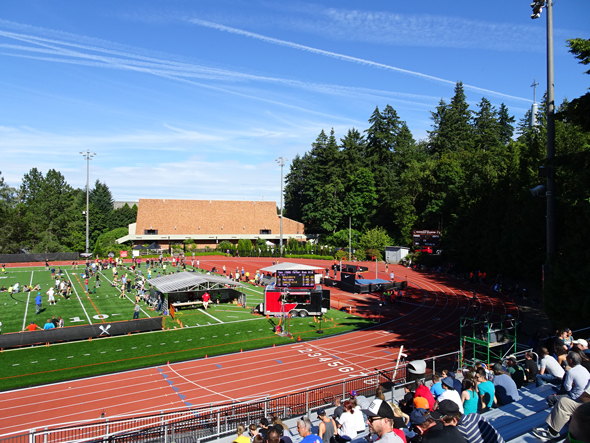 This track meet offered no field events. No javelin. No high jump. Running events only and no sprints either - the shortest race was 400m (one lap). I would call this a "distance carnival", but the meet director did not. Anyway, it was fun and casual and - without a javelin to dodge - athletes could hang out with their friends on the grass infield before/after their race.

Several student-athletes from the NCAA meet came up to Portland to race. A few made the qualifying mark. A few did not. 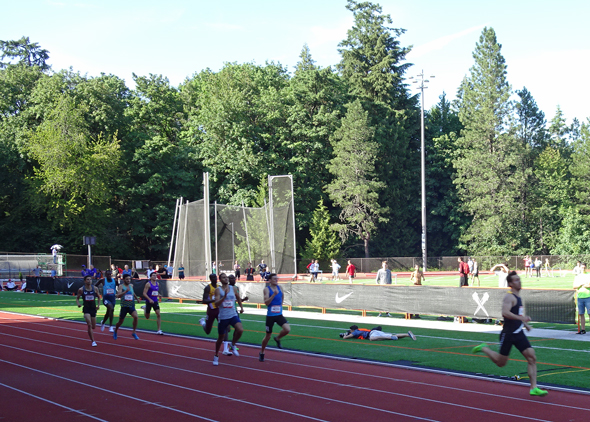 Duck alum and World Indoor 1500m Champion, Matthew Centrowitz, Jr., ran in the 800m and 1500m just to try his legs. He is recovered from a little stress reaction injury. Matt (far left, in black, back of the pack) sailed to a near last-place finish in both races, looking smooth as he tested his legs. (Now the other athletes in the race can boast about the time I bet Matthew Centrowitz.) At 9:20p, we watched another Duck alum, Galen Rupp, easily win a 5000m.

The meet directors held a few fun races - like Portland v Seattle miles - arranged for gourmet food trucks in the parking lot to feed the crowd, and even offered entertainment: 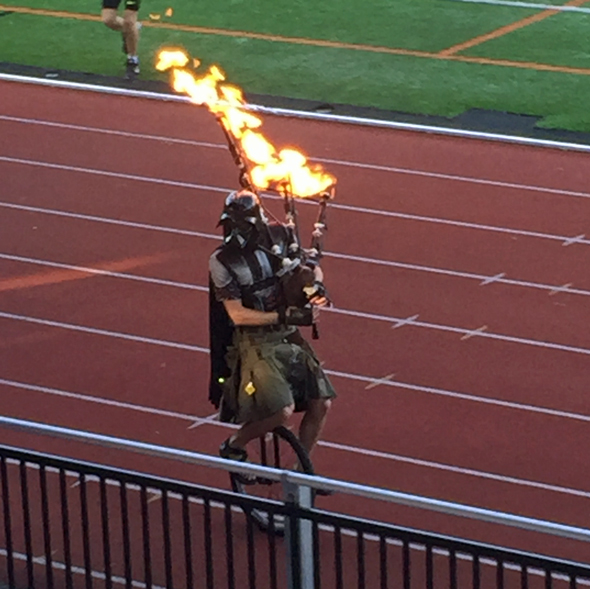 In case you are confused, let me explain: this is Darth Vader, wearing a kilt, riding a unicycle, playing flaming bagpipes.

What? You haven't seen this before?

Until my next update, I remain, your "officially tracked out" correspondent.
« NCAA CHAMPIIONSHIPS | Day 4 Back in Eugene »