TrackTown, USA:  When I am President of the NCAA, the meet will not be divided into separate days for the men and women to compete. This format is ridiculous and does not allow enough rest or recovery between races. (I plan to take on this position as soon as my stints as Leader of the Free World and President of the IAAF have finished.) 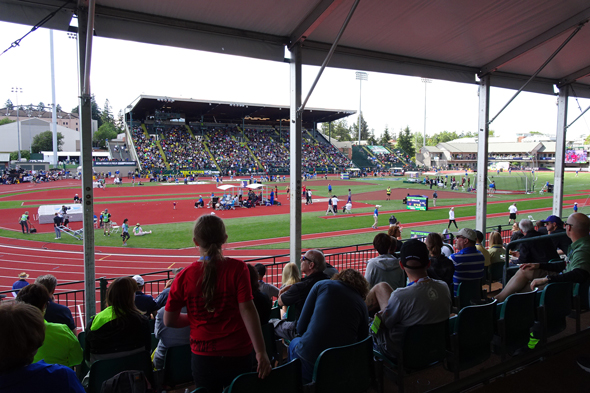 We never made it to our seats in the grandstands (across the track in the photo above), but remained in the hospitality suite this afternoon so My Driver could meet with people about the upcoming US Olympic Track & Field Trials (July 1-10), while still keeping an eye on the Ducks... ya know... if the planets aligned... they could still win the Championship. 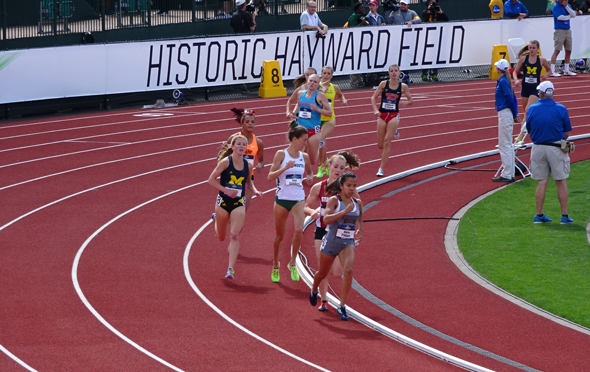 The Ducks had a great day on the track, finishing 3rd in the 4x100m relay, Annie Leblanc was 5th in the 1500m and Sasha Wallace was 3rd in the 100m hurdle final.

Freshman Ariana Washington won the 100m sprint in a blistering 10.95 seconds, and Raevyn Rogers (sophomore) won the 800m. The most exciting finish of the day for the University of Oregon was the 200m - Washington again won, with sophomore Deajah Stevens taking second. The crowd went wild.

Watch for these women during the Olympic Trials. 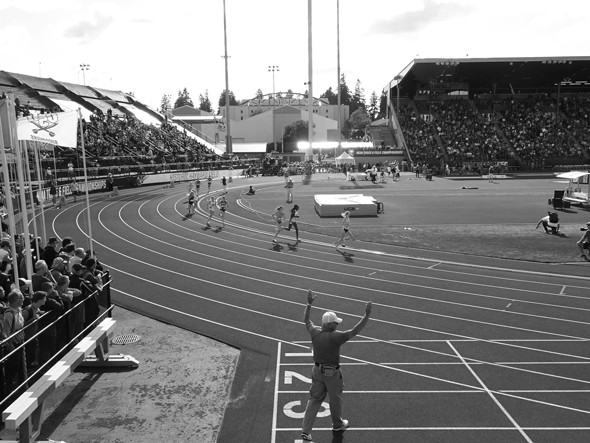 In the final event, Junior Alli Cash finished 5th in the 500m. In the end, even will all the amazing performances, the Ducks finished second, with 62 points, behind the University of Arkansas, 72. Georgia was third with 41 points. GO DUCKS, and dang, the Razorbacks are just simply amazing. This was the first nation championship for the Arkansas women's outdoor squad.

We did not stay for the awards ceremony - even through free ice cream was promised - but went back to the motorhome, threw a few things in the back of the Jeep and headed back to Portland.

We needed to go to a track meet in Portland on Sunday.