Indio, California: The Motorcoach Country Club held their annual Poker Run social event this afternoon. The contest is fun, well-attended, and was created as a way to include/celebrate new owners so we can all get to know them and they can all get to know us. I did not volunteer this year (as I have previously). My Driver has been ill with the same crud that struck me a few weeks ago (now you know why it has been so quiet on this blog - we have been doing nothing but sneezing), we decided to not share our germs with the happy boaters. Honestly, a lot of people in our resort have been ill and I'm steering (pun intended) clear. 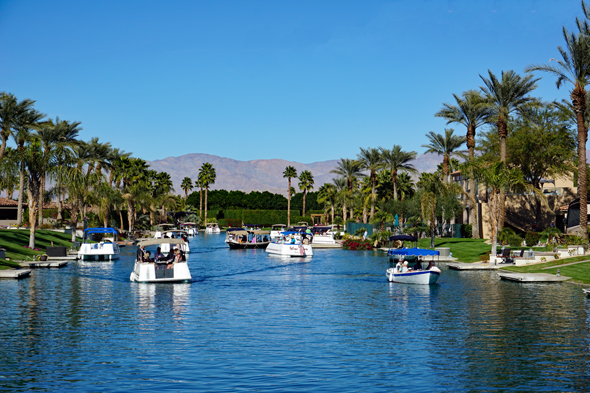 From our campsite, we have a clear view down the canal, and are one site over from one of the designated stopping-points for the Poker Run. We also have a good view of the Yacht Club. I still giggle every time I say it, but the "Yacht Club" (building in above photo, right) is one of the two satellite club houses in our resort. On the lower floor the Yacht Club holds bathhouses, a laundry room, a card room and a billiard/meeting room, outdoor swimming pool and hot tub. Upstairs there is a really large entertaining space, with a bar and a gorgeous patio overlooking the lake. This room is used for private parties, weddings, meetings, church services, yoga classes, barre classes, and any other sort of activity you could imagine. It still makes me laugh that the building is called the Yacht Club since all the boats on the lake are small, electric, and restricted to 9mph. 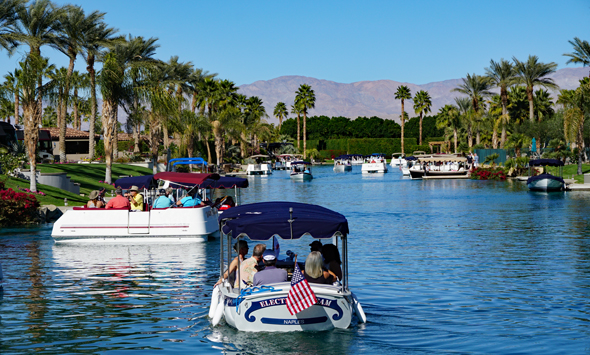 Poker Run participants met at the Yacht Club this afternoon and were given their instructions. Anchors Aweigh! 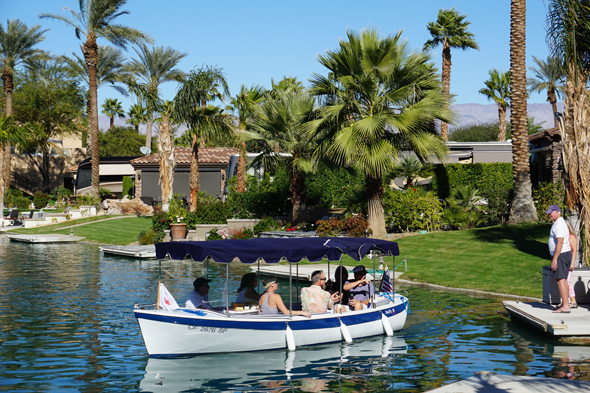 Our neighbors, Colleen and Rick, were one of the docks for the contestants to stop and try to make a good card draw/swap. Sometimes it was quiet, with just one or two boats, and sometimes I thought there was going to be an accident - crazy crowded: 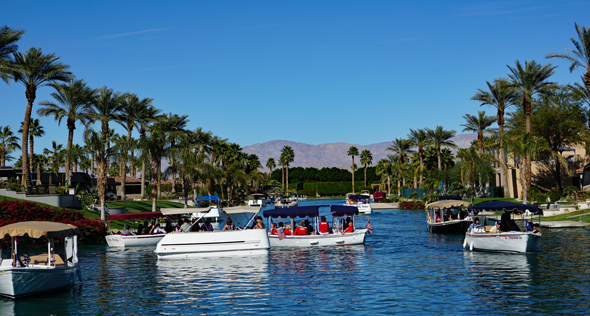 Dave was pretty sure Rick's dock was going to collapse: 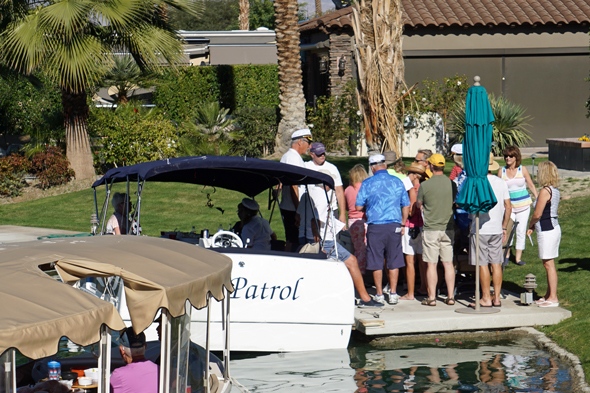 The best part of being a spectator, besides sipping on mimosas, is chatting with the boaters as they waited on our boat dock, to get to Colleen and Rick.

The names of the boats are so clever: 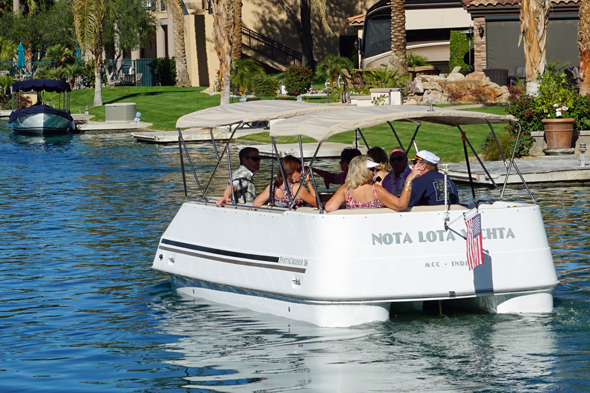 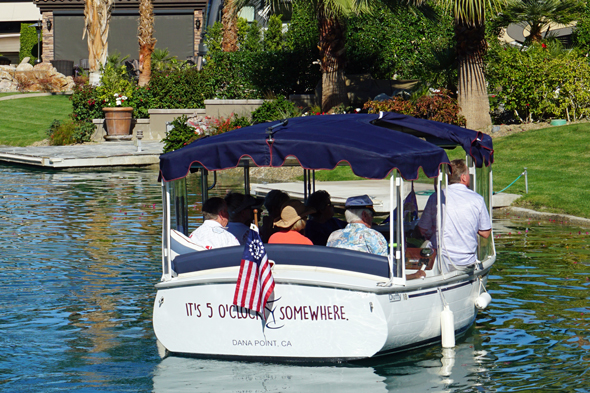 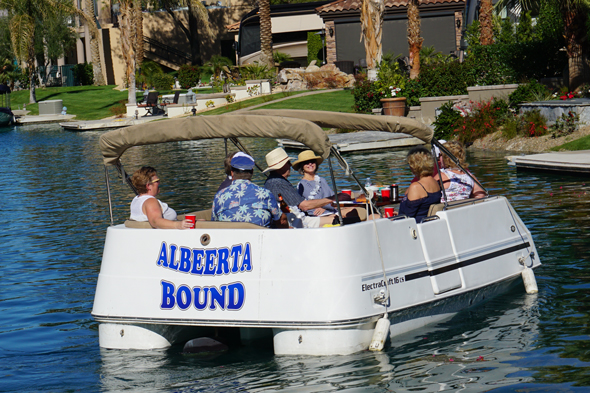 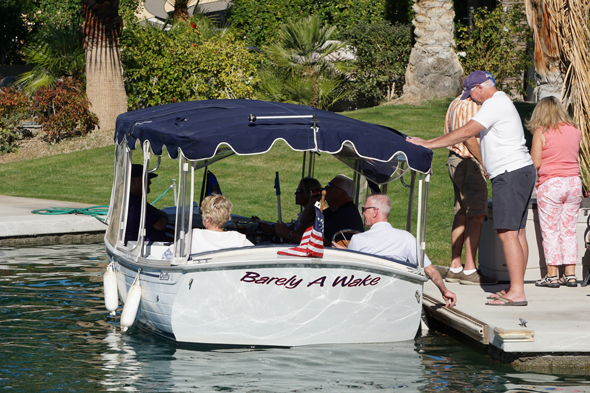 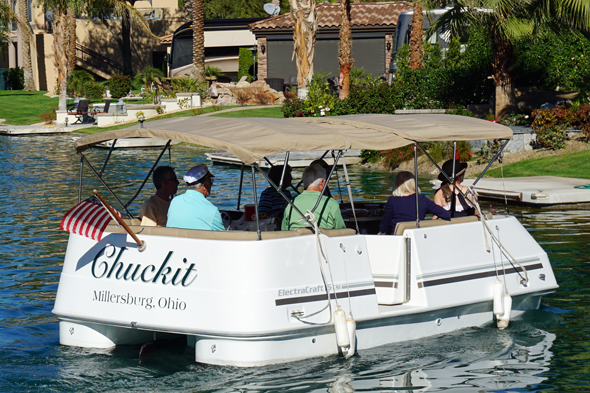 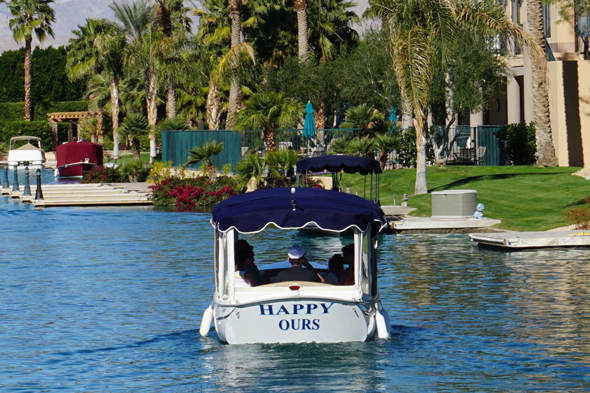 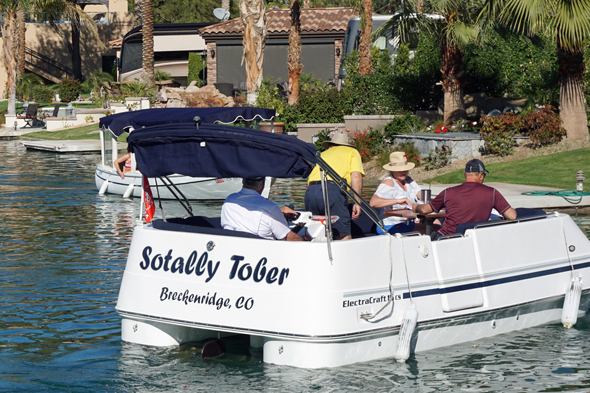 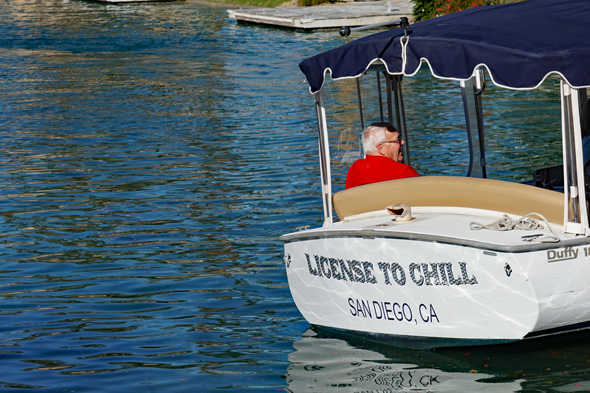 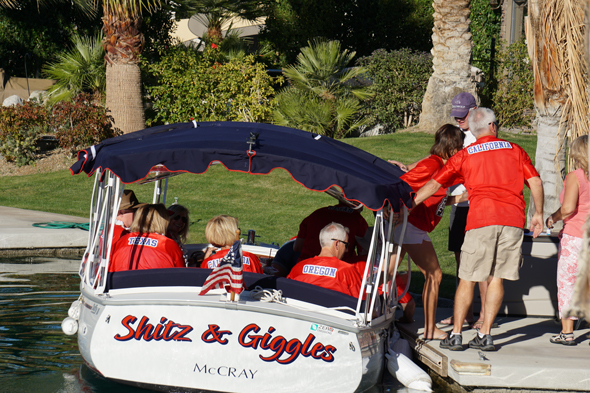 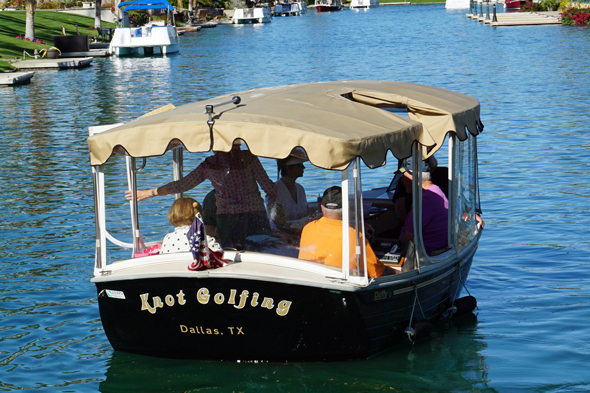 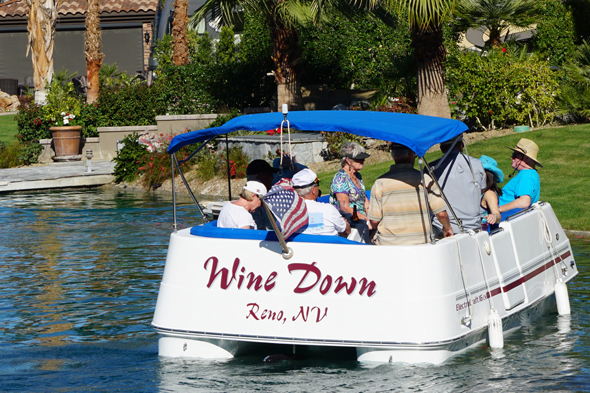 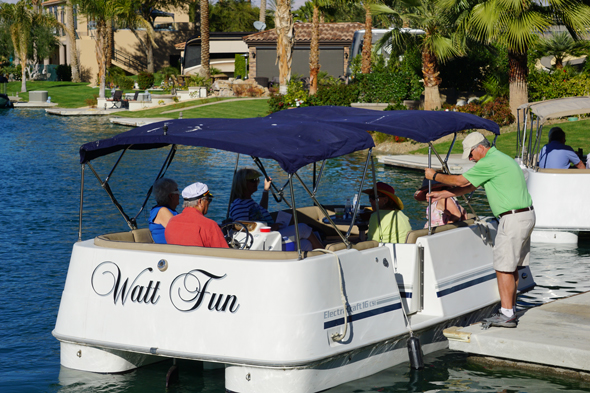 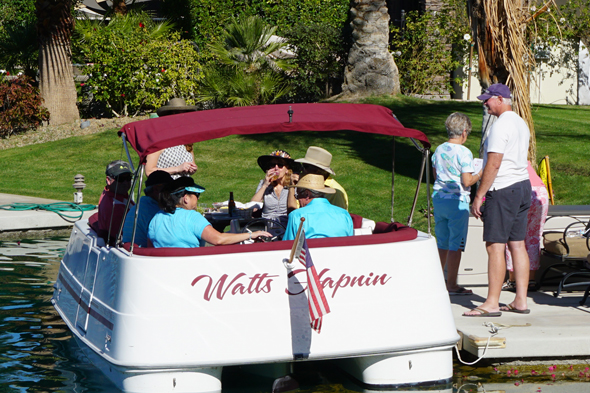 The above photos only represent a few of the boats participating today (and there were many more tied-up to their docks today as well). Everyone really was having a fun time!

After the contest was over, the boaters gathered on the top floor of the Yacht Club for a potluck Chili Dump. Though I may get nauseous just typing this - a Chili Dump is where everyone brings a quart of chili and it is all dumped into a giant pot, heated up and served. Oh goodness, that just sounds awful to me. Have any of My Dear Readers participated in such a "meal"... if I can call it a meal? Am I missing out on the best dining experience of my life? 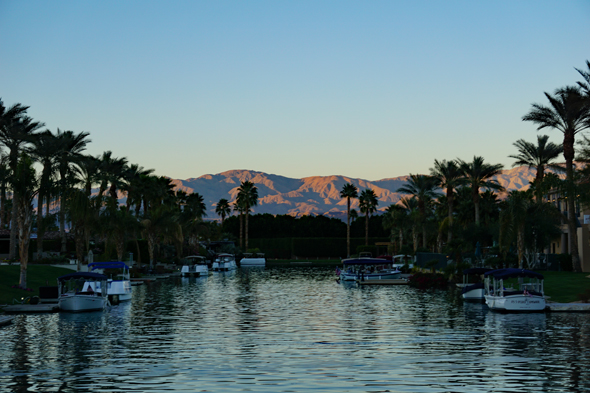 Not to worry. The sun set. I made a cheese pizza and a salad - and we watched Victoria.

Until my next update, I remain, your land-lubbing correspondent.

« A Visit from Carla Eagle Falls »