Los Angeles, California: A football game at the Rose Bowl wasn't enough of a fun weekend for Lenny. He also planned a one-day trip to Phoenix (with his brother-in-law) to watch the Washington Redskin v Arizona Cardinal game. They left early this morning and have reservations on a return flight after the game. 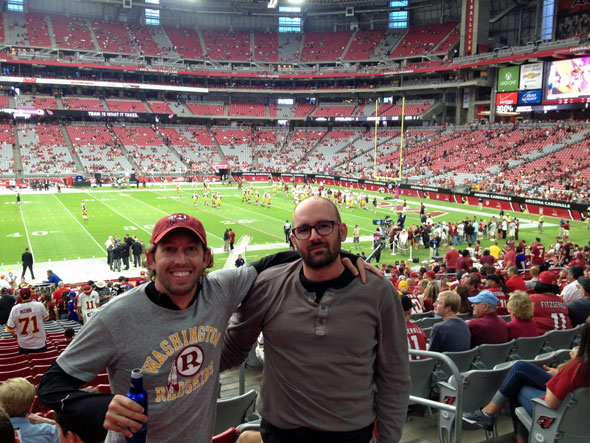 Lenny & Tyson in Phoenix - before the game

Lisa made plans for the rest of us to spend the day in Yucaipa, picking apples with friends. Lisa had two kids ready to hit the road just after 8a, Dave and I were ready about the same time. It took 80 minutes to reach Riley's Apple Farm and the place was packed! 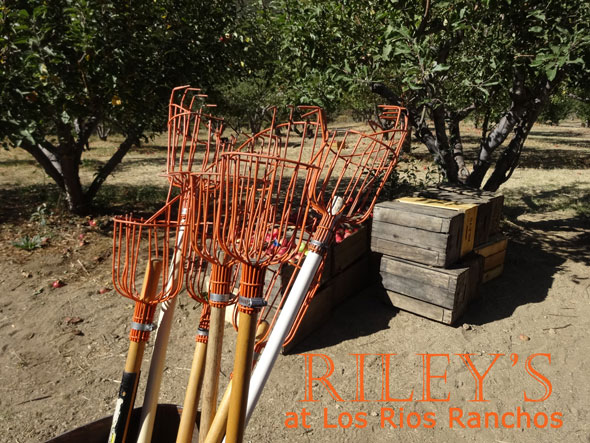 The farm actually does grow food, but it is also a family fun place - apple picking, pumpkins, wagon rides, BBQ's, petting zoo and of course a gift shop. In the summer they have berry picking. The surrounding area is filled many such businesses, bed and breakfasts, cozy diners and even a RV park! 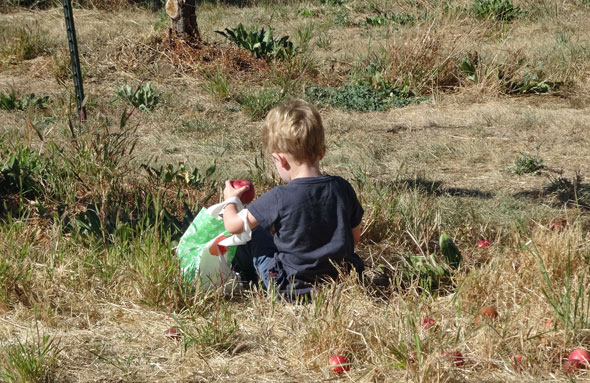 This field trip was about the experience, and after harvesting about 15 apples, Leo was done. It took Leo nearly an hour to get that many apples - between making the hike up to the orchard, climbing around in trees, having Bubba lift him up to pick an apple, examining fallen apples, gathering a few choice sticks (that he schlepped around the rest of the day) and getting completely filthy - he was over apple picking. 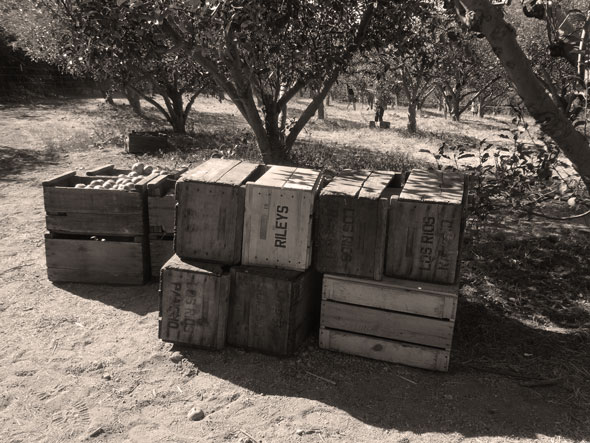 We also saw an exhibit of old farm equipment. Our Little Farmer could not wait to sit in the seat and pretend to lead his team of horses around the field - sticks in-hand. 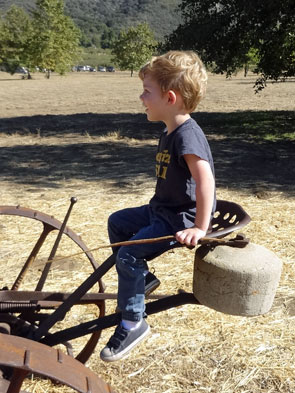 In case you were wondering... Leo's shirt reads: LEGALIZE SUGAR, made by Prefresh.

Next stop was the petting zoo. Leo has experienced quite a few petting zoos and loves to touch all the animals, but today Leo wanted nothing to do with one feisty little goat. 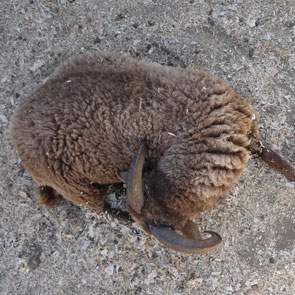 Then it was on to the wagon ride, which went behind a few barns and then out into apple orchards. It was a good wagon ride, pulled by two gorgeous Belgian boys, but it was hot and Little Lucy was melting in her wrap. 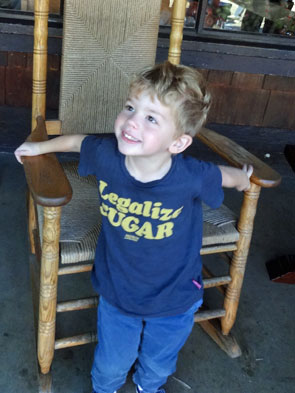 And one last treat before heading back to Los Angeles: 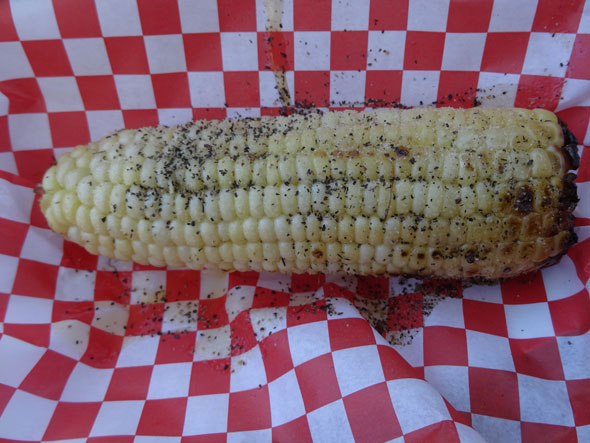 Leo's pals never showed up, due to an under-the-weather Mom... but there was no cell service at the farm, so we just thought we had missed them somehow in the crowds. Lucy has a heat rash from being swaddled in the high temperatures. We are all filthy and considering gas money, apple money, lunch money, wagon ride and petting zoo money... our 15 apples could be more valuable than gold. And... the 'Skins lost and Lenny's flight back to Los Angeles was delayed two hours.

Other than that... it was another wonderful day spent with our wonderful grandchildren. In the country! Picking apples! 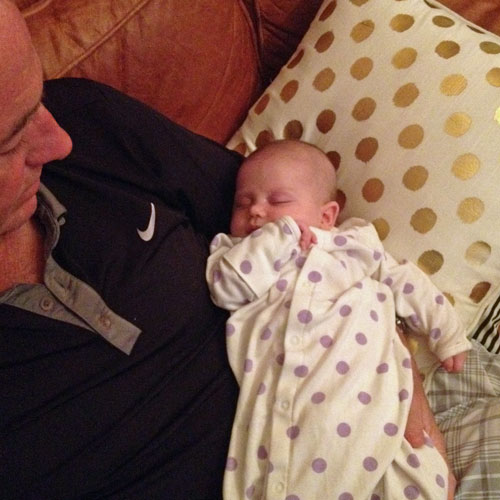 Until my next update, I remain, your dusty correspondent.
« Ducks Beat UCLA, 42-30 Rain & Repairs »