Los Angeles, California: As long as we were all flocking down to Los Angeles this weekend, there was no reason Lenny and DT could not attend the Oregon v UCLA game in Pasadena, right? They headed out late morning, with Lenny's friend, Johnny, for the 12:30p kickoff. 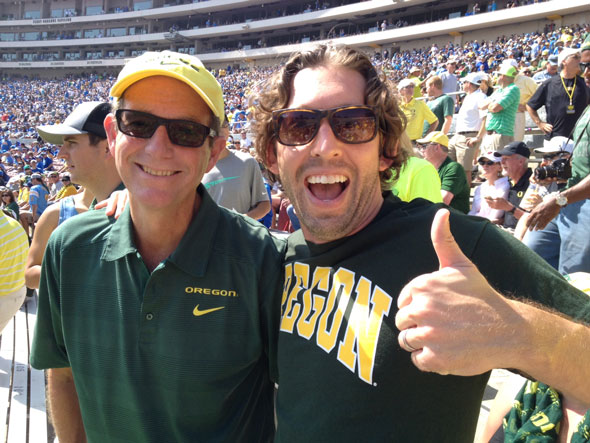 DT and Lenny at the Rose Bowl in Pasadena

The Ducks had complete control of the game, even though the Bruins scored like it was their job near the end of the contest (just to scare My Driver). After that nasty Arizona whooping last weekend, this game set the Ducks back on course. 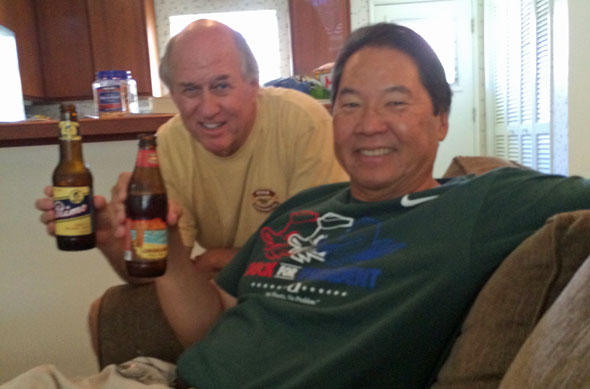 DT's college roommates were watching the game as well. In Hawaii. Hey, isn't it a little early to be drinking in Honolulu, boys??? 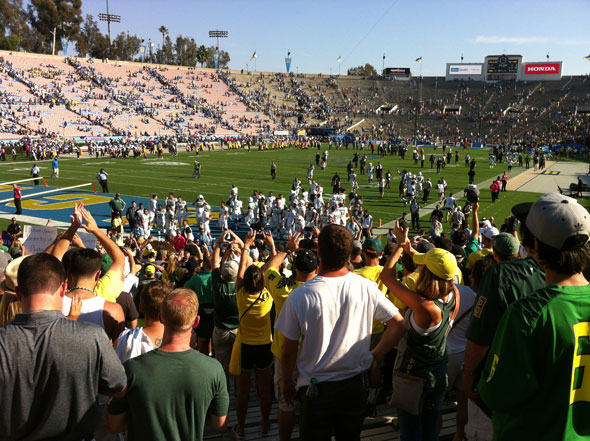 As is tradition, the Oregon players gather under the Duck fan section to thank the traveling fans after an away victory. GO DUCKS!

As soon as DT returned from the game, he just wanted to play with his grandchildren. 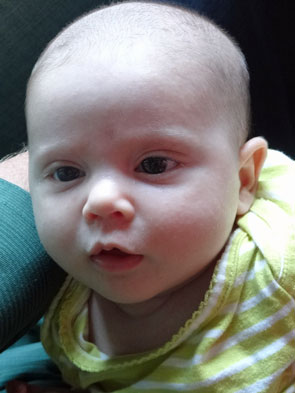 Dave cuddled, rocked and charmed Lucy - then built a castle with Leo. Lucy is nearing eight weeks and is thinking about smiling sometimes. Just a little. Lucy is mesmerized by her Bubba. Leo and Bubba build the most amazing structures - then have even more fun toppling their masterpieces.

Tonight Our Girl prepared a special dinner for me. For the first time, Lisa butterflied a chicken (herownself!) and roasted it to perfection. She also baked a chocolate, hazelnut & olive oil cake and made her version of my  & Arugula Salad. It was a feast fit for a Queen! 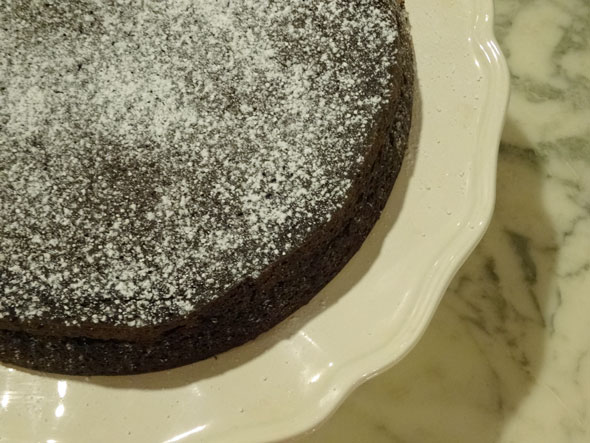 And tomorrow, there is even more adventure, so until my next update, I remain, your spoiled correspondent.
« Back to Los Angeles Picking Apples »