Las Vegas, Nevada: DT and I had a very long big day. Dave ran before sunrise and spent the morning at the final session of the UO Trustee meetings. As soon as the meetings were over (noon), he drove the Honda back to the RV resort to fetch me. We threw our suitcases in the back of the car and hit the gas pedal... arriving 4.5 hours later in Las Vegas. Our trip computer claims we have 16 more miles of fuel left in the tank. Pretty impressive for a 7-year-old Honda CRV.

Arriving at the MGM Grand Hotel, we didn't even take time to park the car. We just left it with the valet, grabbed our bags, checked-in, threw our bags in our room and went directly to the Grand Garden Arena in the MGM hotel - barely in time for tip-off of the Ducks v the Oregon State Beavers. 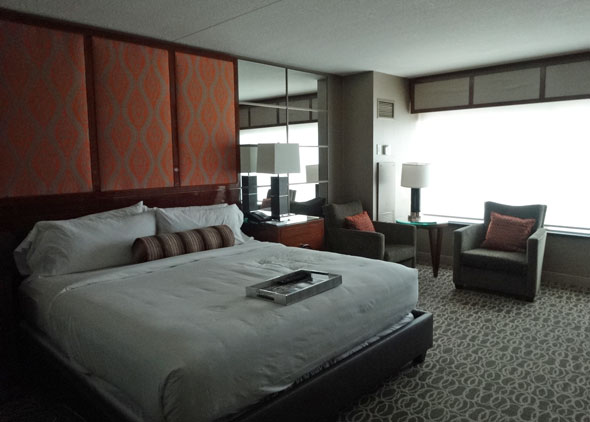 Our room has a view, but the window are so horribly filthy, we can't see outside. Gross.

Whew. We were pretty-much exhausted. (I mean, I was exhausted and even a little woozy from the drive... so imagine how My Poor Driver felt.)

But we were greeted by our Family of Friends - Kathy, Woody, Mary, Steve - plus a few of the kids! Really - all the cool people were at the tournament: 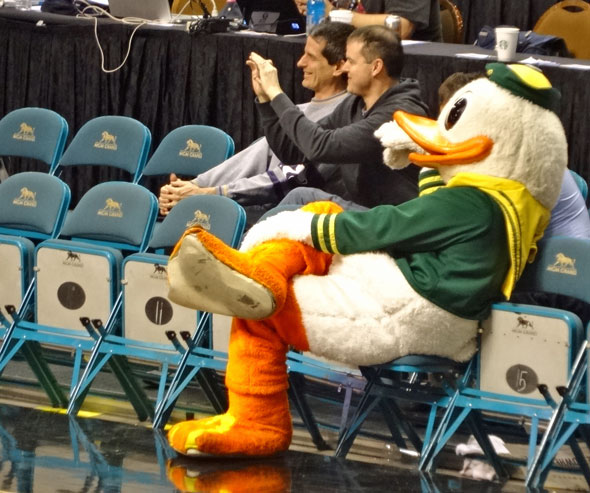 This was the 342nd time the schools have played each other in basketball - the longest rivalry in NCAA history. The first contest was in 1903!

You will not be surprised to learn the Ducks beat the Beavers 88-74... but it was a close game until the last few minutes. The refs went crazy and called 50+ fouls. The Ducks are blessed with a super-deep bench, or it could have been nasty. 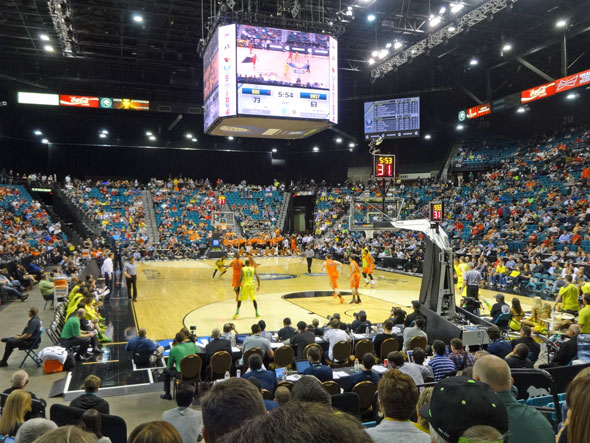 We have great seats for the entire tourney 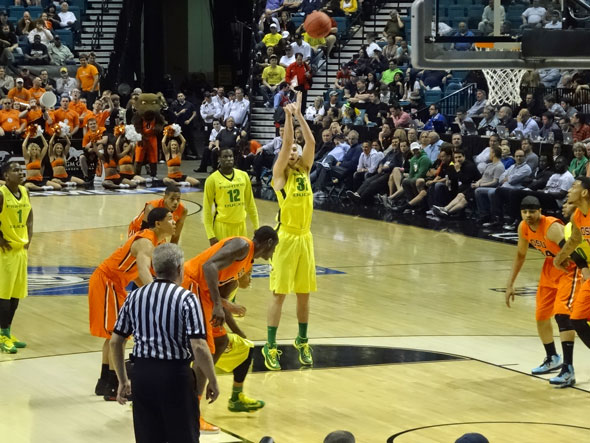 The Lightning Yellow and Beaver Orange color combination was difficult to stomach... and what's up with one random Beaver wearing powder blue shoes? 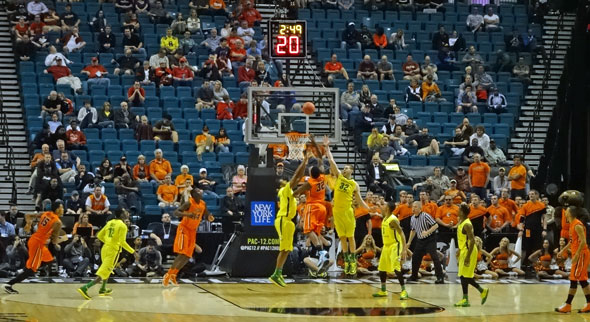 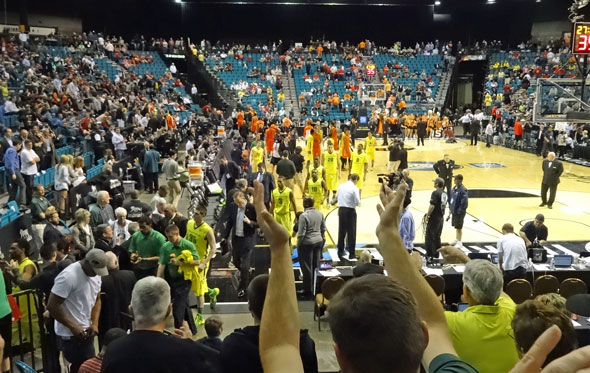 The Beavers and their coach, Craig Robinson Michelle Obama's brother, have to go back to Corvallis. This loss pretty-much cuts their chances of even a NIT bid.

After the game - and half-way through the Stanford v Washington State game (Stanford won) - we gathered around a restaurant table to eat and catch up with everyone. It is wonderful to see our old friends again! 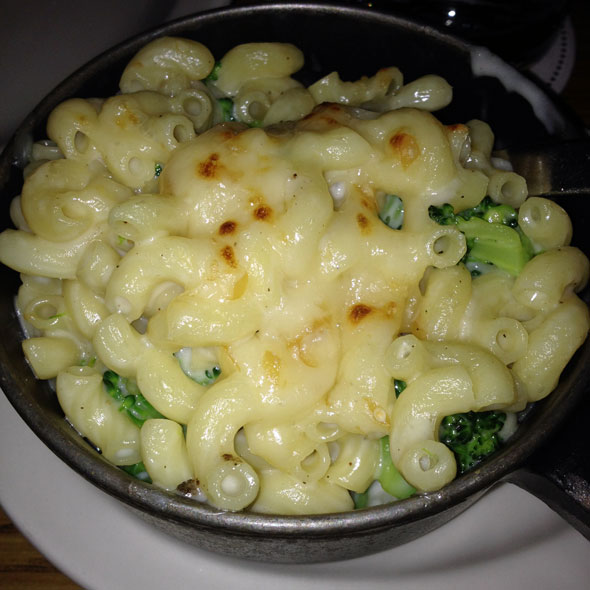 Tomorrow the Oregon Ducks face UCLA at 6p pacific. The game will be shown on the Pac-12 Network.

Until my next update, I remain, your tournament correspondent.