Indio, California: While Dave was away all day (with the car) at his Trustee meeting, I had time to bake Hamantaschen for Lenny. Hamantaschen are delicate triangle-shaped filled pastries served for the Purim holiday (this Saturday). The Purim story goes... around 2500 years ago... evil Haman wanted to masacre all the Jews in Persia, but his plot was foiled as Esther, Queen of Persia (who was Jewish, but had failed to mention this little detail to her husband the King) told her hubby about the sinister plan and the King had Haman hanged. Don't mess with Esther.

Purim is celebrated like a carnival, with sweet treats, costumes, masks and lots of drinking. Apparently Haman wore a triangular hat, so thus the shape of the cookies... though taschen translates from Yiddish to "pocket". 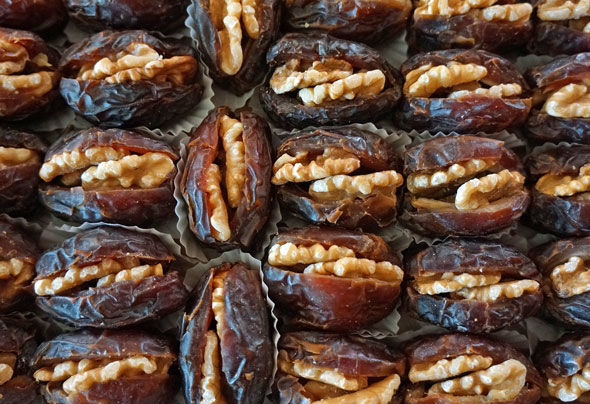 My favorite dough is one using cream cheese from epicurious. 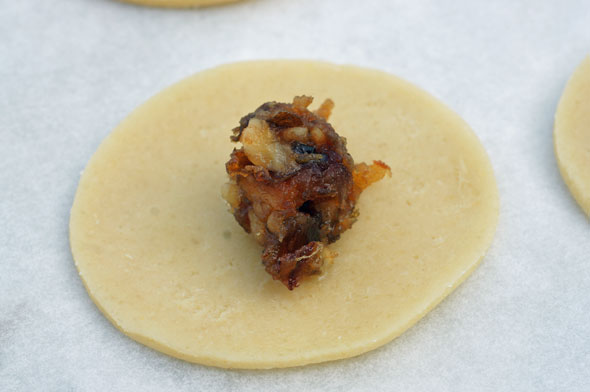 I roll the dough out quite thin and cut to a three-inch circle. One little teaspoon of filling is placed in the center, then the dough is wrapped around the filling to form a pretty triangle. 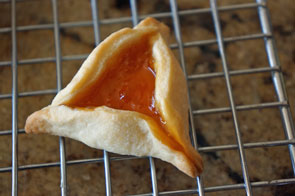 So many of the cookies fell open during the baking process and so many were just not pretty. So sad.

Captain Jim came by on his walk and sampled an "ugly" cookie and said they were delicious. I was able to salvage enough decent-looking pastries to send to Lenny. 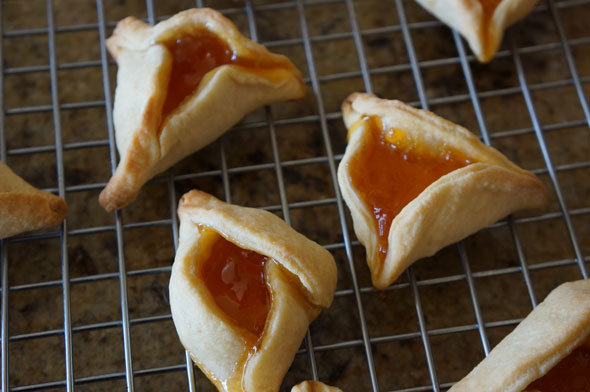 Until my next update, I remain, your Pathetic Purim correspondent.