Golden, Colorado: Due to 1) our slide rooms having 8 inches of snow accumulated on the canvas covers 2) the weather along our chosen path was horrible 3) DT had more conference calls and the cell service on our chosen path is non-existent 4) the RV park said we could keep this site for another night... we decided to linger in Golden another day.

My Driver used his trusty squeegee to remove as much snow as he could from the slide room covers. Our ladder is only so tall and the squeegee (and his arms) is only so long, but Dave was able to remove most of the snow. Our poor squeegee is basically ruined now after being repurposed as a snow shovel over the past several days.

With mostly sunny skies and temperatures reaching a balmy (!) 45 degrees, the snow was melting fast. It was 95 in Indio today. It was 80 degrees in Portland today.

A rare day for us. No plans, except for a few conference calls, no appointments. It would be blissful, except it was so dang cold. Never mind the few hearty souls we saw sitting outside their RV's on folding chairs, sipping coffee. Maybe they live in Antarctica, so think 45 degrees is tropical?

Steve and Kris met us for a farewell dinner downtown Denver. We went to Wynkoop - a brew pub founded by John Hickenlooper, the current Governor of Colorado. We had a great time with the family and good food - though most of it came home in doggie bags as portions are massive at Wynkoop. 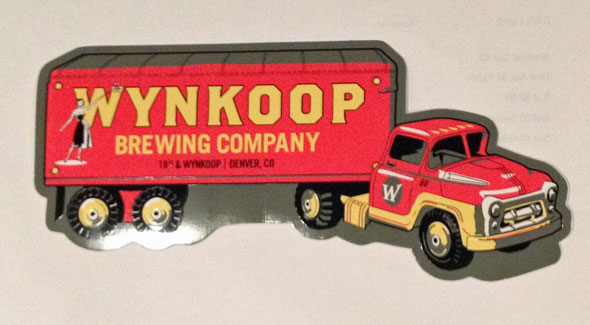 Dave and I really enjoyed spending time in the Denver area and catching up with family and friends. I can't recall a city with more parks and more miles of biking/running trails, great public transportation and so in-touch with the green-scene... oh, except Portland, I suppose.

The snow has mostly melted. The roads are clear. Tomorrow morning we bring in the slide rooms and hit the highway.

Until my next update, I remain, your thawing correspondent. 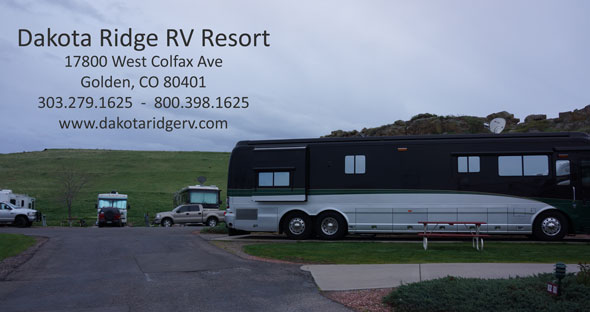