Rock Springs, Wyoming: My Driver was determined to make it all the way to Rock Springs, Wyoming today, as he wants to explore the surrounding area and we were delayed a day due to weather in the Denver area. It meant driving all day (about 375 miles) and we just hate driving all day. With just a few short stops, David drove eight solid hours today. 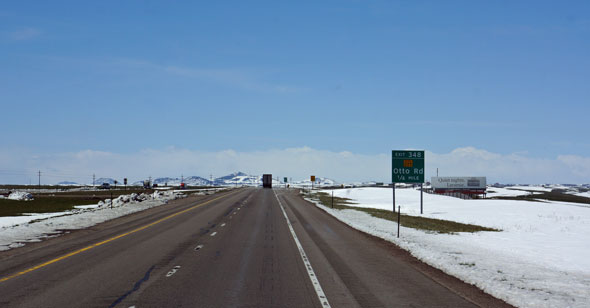 Though the snow had mostly melted in the greater Denver area, we found snow along our route (I-25 north to Cheyenne, Wyoming... then a left/west on I-80) much of the day. 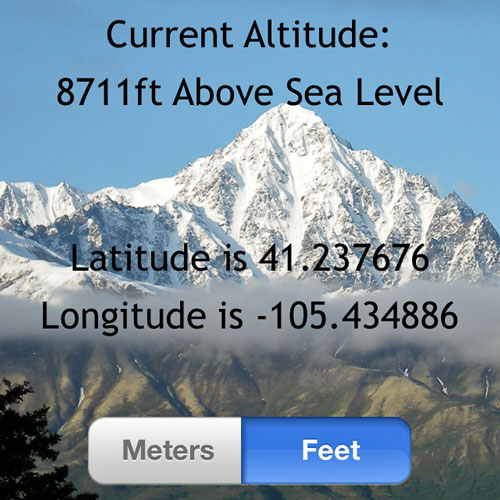 The reading from my iPhone app

I-80 (The Lincoln Highway) was the first transcontinental auto road. Envisioned in 1912 by Henry Bourne Joy, President of the Packard Motor Car Company, and leader of the privately organized Lincoln Highway Association. Joy developed the idea of a nation-crossing highway as a memorial to Abraham Lincoln. I-80 travels 3,389 miles between Times Square in New York City and the Golden Gate Bridge in San Francisco, California. 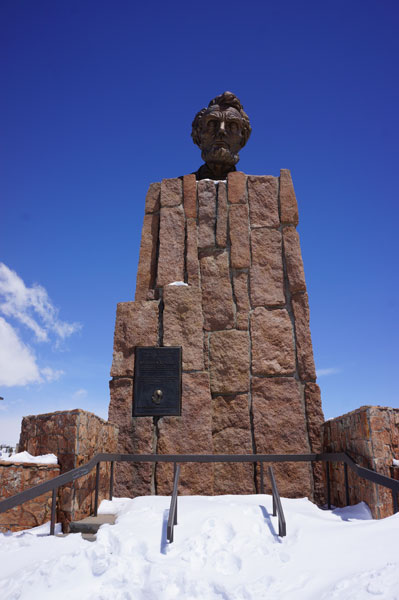 The rest area is host to a 4,500 pound bronze sculpture of Lincoln's head, made by Robert I. Russin in 1959 in Mexico City to commemorate Lincoln's 150th birthday.

We forged on. Fighting a headwind all day. 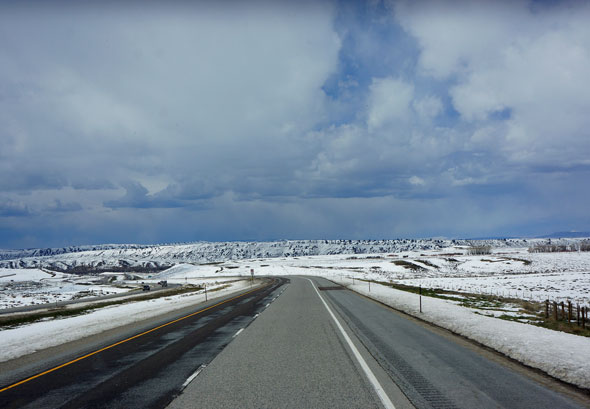 The skies were filled with rain clouds, and rain was falling, but evaporated before reaching earth. Never used our wipers all day. 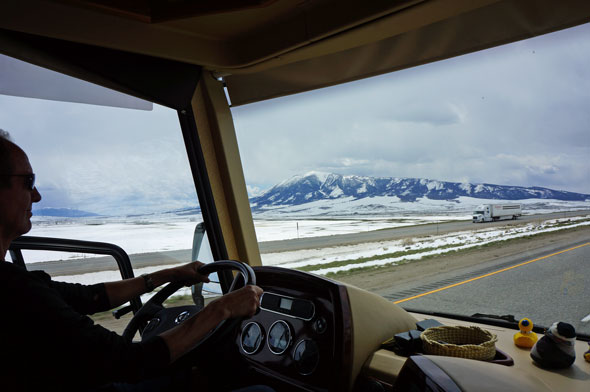 How he can drive this monster for eight hours? I am exhausted and I just sat on my toches. 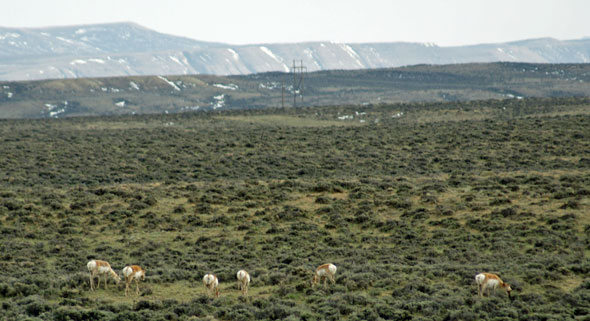 Over the day, we must have seen hundreds of Pronghorn Sheep (American Antelope). Beautiful animals!

After securing a campsite for the night, we decided to just relax and watch basketball on television. Happily, dinner was ready. I had prepared version #3 of the green chile, corn and chicken stew recipe I am developing before we left Golden this morning - this time in the slow cooker. It was, as usual, torture to smell dinner stewing all day while driving down the road. (Don't worry, the crockpot is nestled in the kitchen sink, secured with a plastic strap.) Version #3, via the slow cooker, is the winner so far... and the potatoes actually cooked through, though we were at extremely high elevations all day. 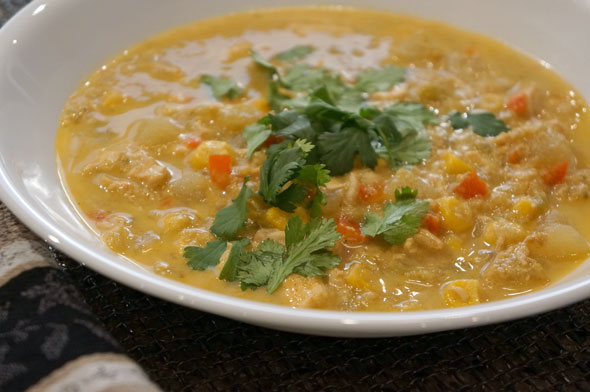 Until my next update, I remain, your high-mileage correspondent.

RV PARK: Rock Springs/Green River KOA - Checked-in too late to really explore the park. Will update tomorrow with photos. We have a 50 amp gravel pull-through and paid $43.