Oh What a Beautiful Morning

Indio, California:  I have made a deal with myself since we purchased this campsite at the Motorcoach Country Club. When I wake in the morning, if I sit up in bed... and crane my neck just enough... I can see straight up the middle of our motorhome, out the wind screen, and down the canal in front of our lot. If the (sensor-driven) lights are still illuminated on the boat dock outside the Yacht Club, I go back to bed.

Because that is a clear signal it is still dark.

Except for this morning. 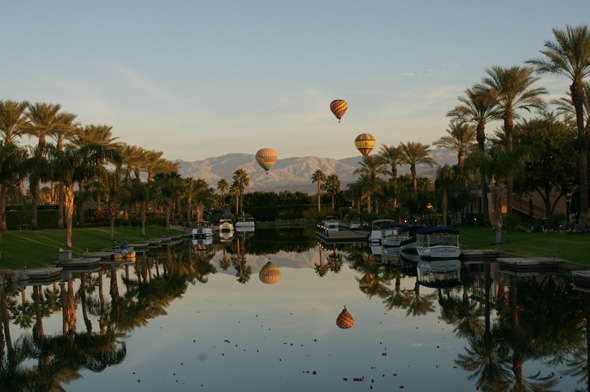 This morning, when I peered through the bath area, through the kitchen and through the living room, I noticed colorful orbs floating in the sky - and their reflections in the water in the canal. Hot Air Balloons! So pretty.

Please note: lights are still on at the dock at the Yacht Club (half-way down the canal).

Pretty sure none of the neighbors noticed me snapping photos before seven o'clock this morning. In my jammies. 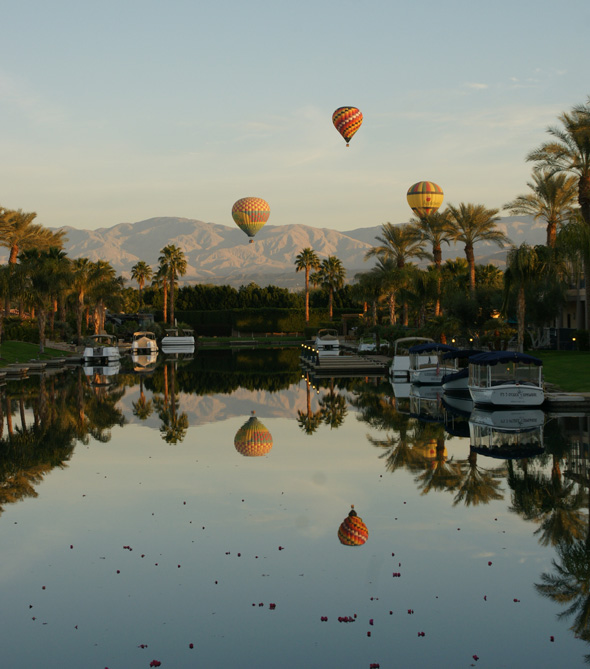 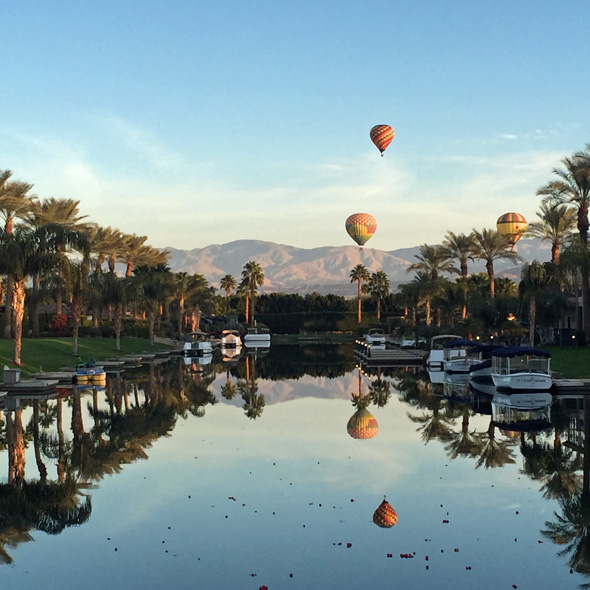 The spots on the water are red Bougainvillea petals floating in the canal. (Pretty plant, but very messy.) 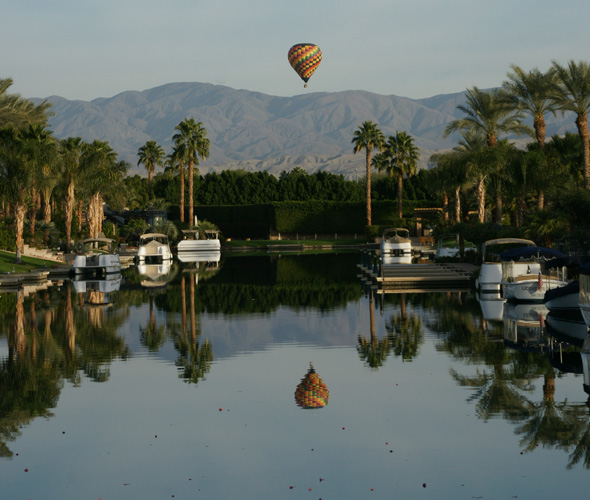 I can't recall exactly the reason, but there was some sort of controversy over their landing site last year and we rarely saw balloons. Now the balloons seem to be landing north of our resort in an empty lot/field on Hwy 111, just east of Jefferson Street.

Note: lights are off on the dock. Time to get up. 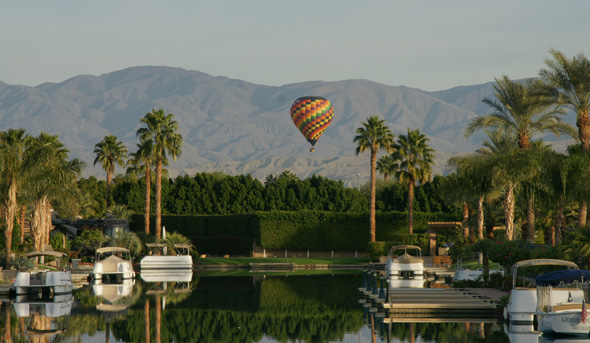 And then they all landed and I made coffee.

I would love to add the information about how and where to take a hot air balloon ride in the La Quinta area in the Coachella Valley, but if you think for one minute I would ever go up in one of those things... well, I'm just not going to... so ask Siri.

I don't even want to know how early someone would have to wake to take an early-morning hot air balloon ride.

Until my next update, I remain, your land-loving correspondent.