Indio, California: Seriously. Just go about your business. Nothing to read here. We didn't leave the resort all day. Actually, with thousands of hipsters in town for the nearby Coachella Music Festival, trying to negotiate the local streets is basically futile until noon Monday.

The weather is really cooperating though. This morning we woke to a high cloud cover. 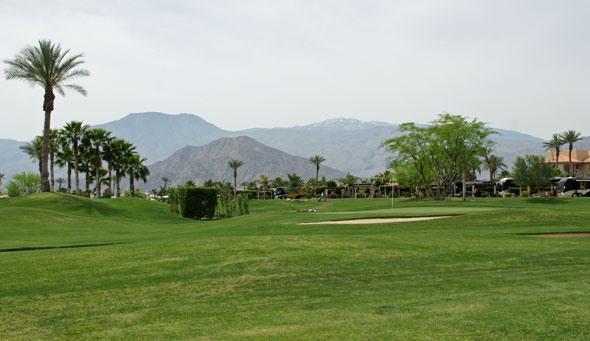 The mercury climbed to the very high 80's, but this temperature was tolerable due to the clouds.

Easy for me to say, from inside an air conditioned motorcoach. 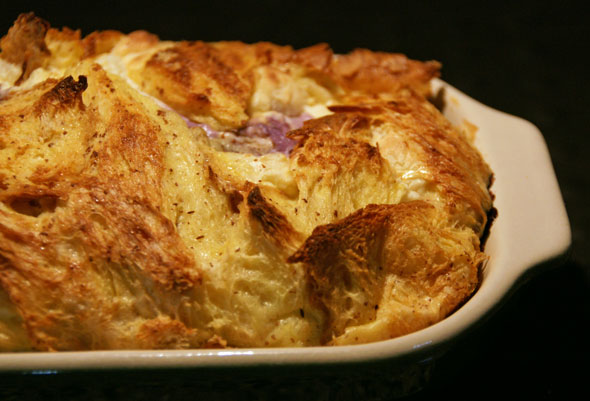 This morning I made a mini-for-two version of my Stuffed French Toast recipe in a small (5x7-inch) baking dish. I used eggs and milk (with a little cinnamon) and stuffed blueberries and cream cheese between two layers of torn Challah. Topped with pure (organic!) maple syrup, it was a delicious start to our Saturday.

I took Reese on a very long walk around the interior of the Motorcoach Country Club - longer than he has traveled in quite a while. Poor guy was just pooped the rest of the day. 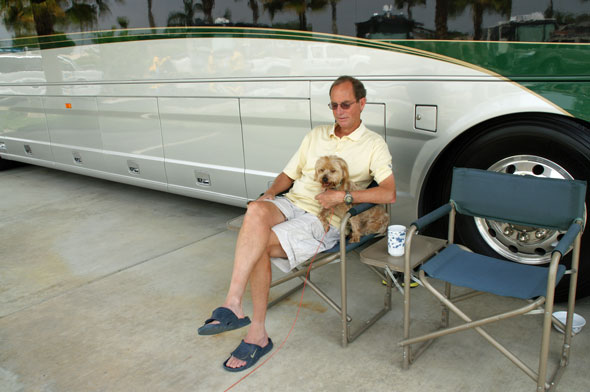 Reese was happy to relax with DT after his long voyage through RV-land.

(Our 13-year-old folding chairs from Costco really class-up the joint, don't you think?) 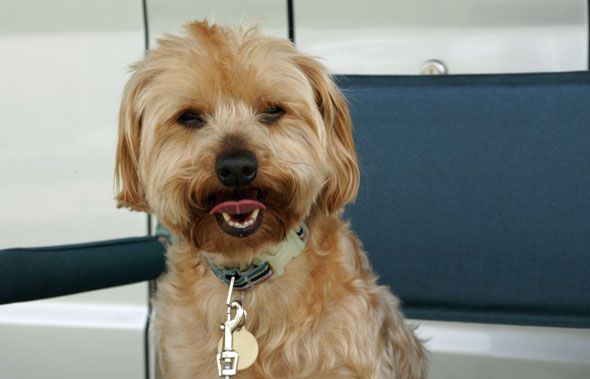 Why does this lady torture me? Why does she parade me forever around and around this RV resort? Does she have any idea how many palm trees there are in this place? I am only one dog. I can't be expected to water every tree. Come on, lady, stop taking my photo and give me another cookie. This is exhausting. Seriously. Lady. Give me a cookie. I need a nap.

The Lovely Lisa braved traffic to our RV late morning to see her parents visit her dogeat Momma's home cooking. Between bites, Lisa told us about all the great music she heard yesterday and said she saw Katy Perry, Nicky Hilton and John Mayer wandering around in the festival crowds.

Our day lacked all of that excitement.

Until my next update, I remain, your boring correspondent.