Borrego Springs, California: First, a little business meeting has been called to order. US Postal rates went up again last week and I finally had to raise the price of shipping a Camping Journal RV Log Book - for the first time since the past two price increases. It now costs $5.05 to ship a book that only costs $19.95. I feel terrible, but that is just the price of the Priority Mail stamp - we do not charge any handling fees as the US Postal Service provides the Priority Mail packaging at no cost. In the six years the Camping Journal has been available, the price of the book has never changed (though production costs have gone up). That is all of the current business from the Ways & Means Committee. Meeting Adjourned. 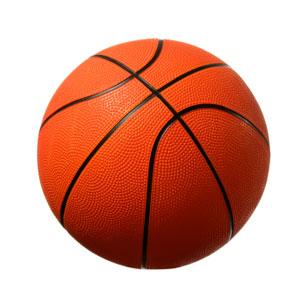 It was chilly last evening, so we were forced inside the Magna Peregrinus. After that yummy tuna noodle casserole, we settled in to watch the #10 Ducks v Stanfurd from Palo Alto on USPNU. The Ducks were completely spanked by The Trees! Embarrassingly so. 76-52. Ouch. Worse than the score and the dismal performance from Oregon - Bill Walton and Brent Musburger were doing the commentary. Is there a Bill Walton Drinking Game where you have to chug a brewski every time he mentions the Grateful Dead? Last night Walton actually announced to the world that NIKE was founded by Phil Knight and Bill Bowerman. Really? Then Musburger became confused and started talking about Bobby Knight. Geesh. At the end of the game, Walton exclaimed, "Ring the Bells of Freedom". What? Dude is just a terrible announcer... and can anyone tell me why Brent Musburger was also calling the game? Has Musburger been demoted after his awkward hot girlfriend comments? That was a miserable two hours, and I had to watch the last half of the game on the bedroom TV; DT had switched over to House Hunters International on HGTV.

This morning dawned brighter. Ducks will play Cal on Saturday at 1:30p (pacific) on ROOT Television. I am hoping for a better showing and better announcers. 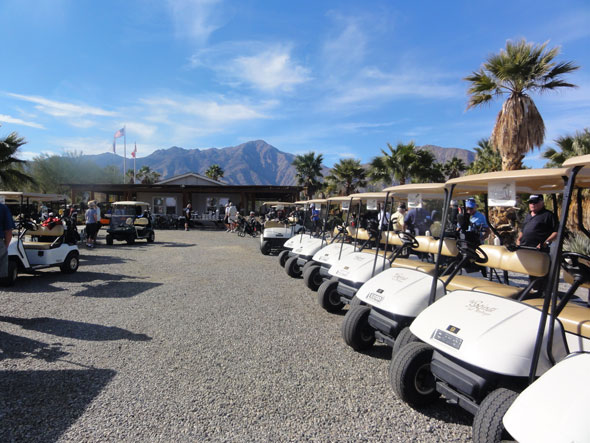 Dave signed us up for the golf tournament today at the Springs at Borrego Golf Course. Nine & Wine. $20 bucks per person, cart included, for a nine-hole shot-gun scramble, prizes and a wine social after. Such a deal. The pro at The Springs, Brandy Casey, threw-in a few fun rules. Each player could "toss" a ball and "kick" a ball once during the tournament. She also set-up a very challenging and very short 70-yard hole as the closest to the pin contest. The second hole had a long-drive contest. 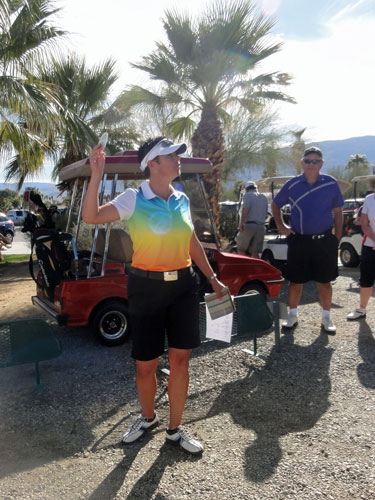 We were paired with Barbara and Pat, farmers from Idaho. Pat plays golf nearly every day and he politely did not laugh even once at my swing. We started on Hole #5. 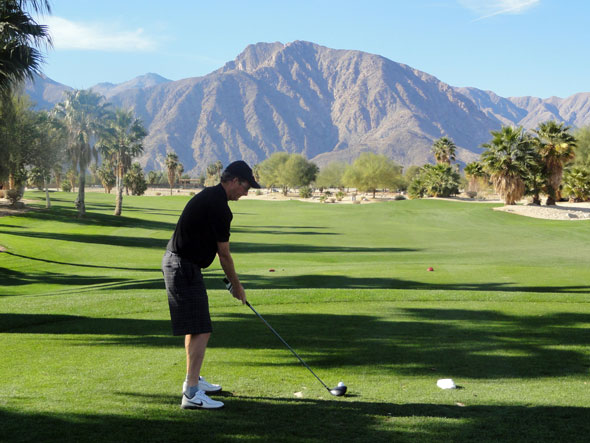 My Driver, driving, on Hole 7. Such a beautiful hole. Marvelous views from every hole on this course. 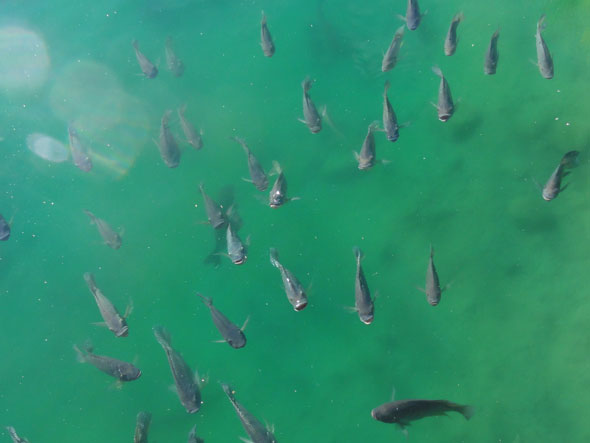 The 9th hole cruelly forces golfers to hit over water to reach the green. There is a wooden bridge to reach the green - with lots of hungry fish under the bridge. My ball ended up in the water. I wasn't much help to my team at all today. When it came time for me to "kick" a ball into the hole (2 foot putt), I actually topped the ball. Who can do this? 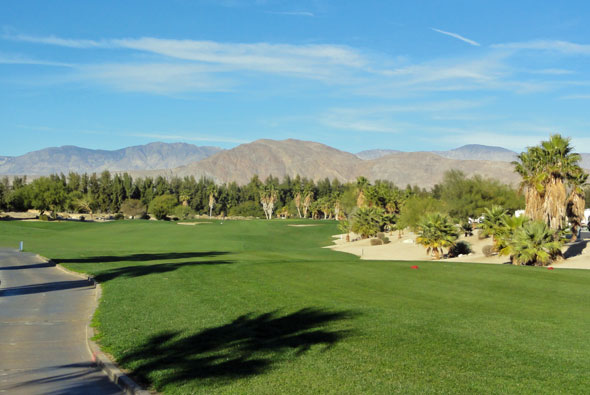 The first hole looks east. Such a pretty hole and my longest drive of the day. 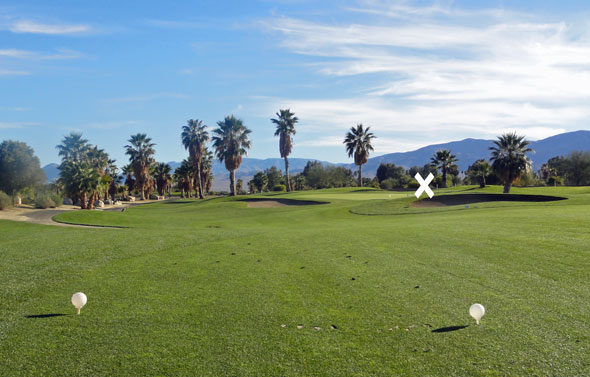 Brandy had devised an evil plot on the #3 Par 3. She set up a temporary tee box used by men and women duffers. Golfers had to hit only 70 yards - over a nasty sand trap - to reach the hole (marked on this photo by an X). My skilled Driver hit closest to the tee and won a Mercedes.

Did I say a Mercedes?

I meant a sleeve of golf balls.

Pat won the long-drive on Hole 2 and also won a sleeve of balls. Our team finished in 5th place, but we cleaned up on the prizes!

Barbara, Pat, DT and I skipped the wine party after and gathered at the picnic table outside our patio and enjoyed getting to know each other (big winners!) and cocktails. Later, DT and I went into The Big City for a burger at Carlee's Bar & Grill. We split a Jalapeno Burger. 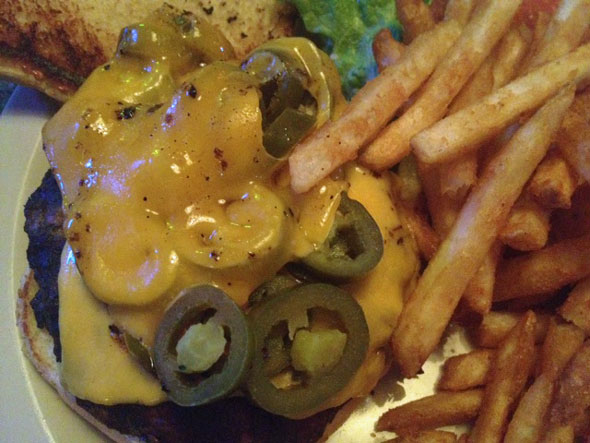 Until my next update, I remain, your duffer correspondent.

« Is 24 Miles Too Far to Drive for a Slice of Pie? Borrego Springs Farmers Market & Dinner Guests »