TrackTown, USA:  It was back to the men's competition today in beautiful sunny, rainy, windy, sunny, cloudy, sunny, windy, rainy, sunny Eugene, Oregon - Home of TrackTown USA. I may have not mentioned the wind storm that blew through our RV park around noon causing me to think we were in Kansas, with Auntie Em, after all.

But first a little break from athletics. Our friends, Barb and Ed, gave us a dozen eggs from their chickens! My excitement level was so high, it was as if they had given us a case of The Widow. 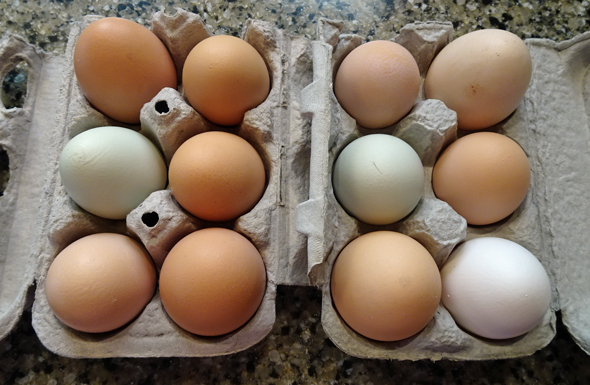 So gorgeous, and the yolks were nearly "GO BEAVER" orange. 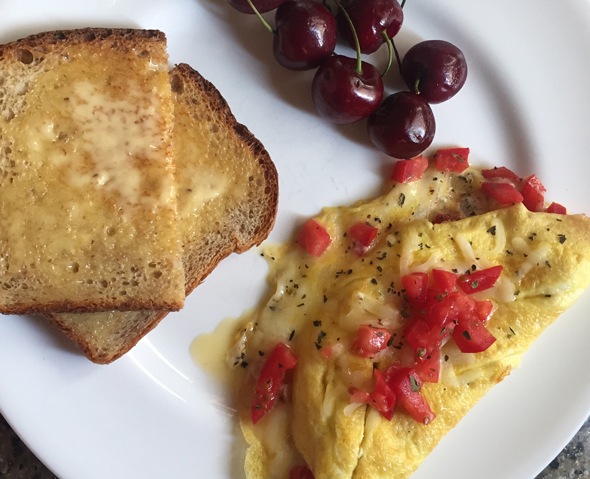 We only had fruit and sandwich "stuff" in the motorhome, but I was able to produce a very decent omelet with the gorgeous eggs, a bit of mozzarella, fresh tomato, and dried (sorry, did not have fresh) basil. Just happened to have a fresh loaf of home-made organic whole wheat bread to toast. Lovely breakfast. We were ready for another day of The One True Sport. 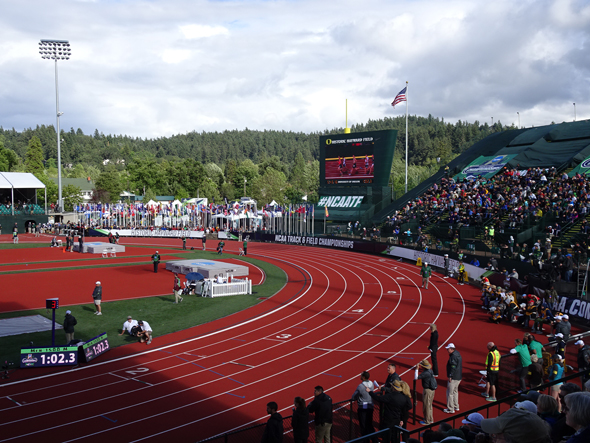 There was not an empty seat at the track stadium today... and it was Friday. The weather was not so great in the morning, but by the time the running events began (5:30p) the sun showed herself and it did not rain the rest of the evening.

Things were about to become amazing.

What I wrote last evening about the University of Oregon women's team... the same was true for the men's team. A wholelotta stuff had to go right for the Ducks if they were to capture their 4th consecutive NCAA Outdoor title... and a wholelotta stuff had to go wrong for other teams. That just isn't how the world works and today it was not to be for My Beloved Ducks. The 1500m race sealed the deal, with Ducks finishing only 5th and 11th. Tough break. At least after doing the math, My Driver was able to relax and just enjoy the competition without having to sweat-it-out worrying if the Ducks were going to win the NCAA title.

What amazing performances we witnessed today. I honestly had goose pimples and chills (and cried) when freshman (yes, I said freshman!) Donavan Brazier of Texas A&M broke a 50-year-old (TO THE DAY) collegiate 800m record held by Jim Ryan. Jim Ryan! Brazier ran the two laps in 1:43.55. This, Dear Reader, is serious speed. World Class Speed. 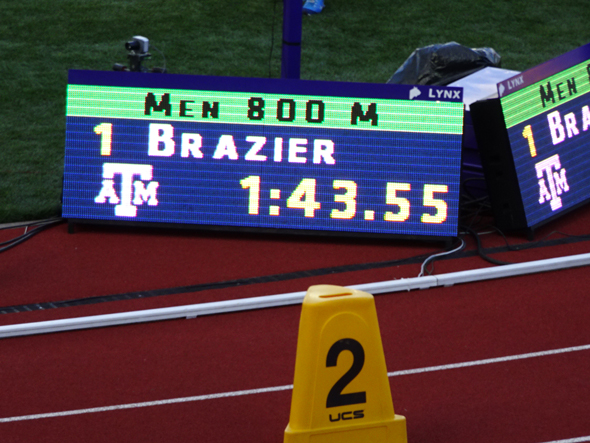 After the meet, Brazier said he was going to talk to his coach about if he should run in the Olympic Trials. Really? Brazier is a teenager. Please make this a very short conversation and please make the decision to come back to Eugene next month and race for a spot on the US Olympic Team, Mr. Brazier.

Arkansas senior, Jarrion Lawson, had an amazing meet. He won THREE events - the 100m, 200m and the long jump. The last athlete to accomplish this feat was Jesse Owens.

Devon Allen, who plays wide receiver for the Duck football team when it is not track season, won the 100m hurdles to become NCAA Champion. Mr. Allen will be competing for a spot on the US Olympic hurdle team at Hayward Field next month. Practically Perfect in Every Way, Devon Allen is one of America's best hurdlers. 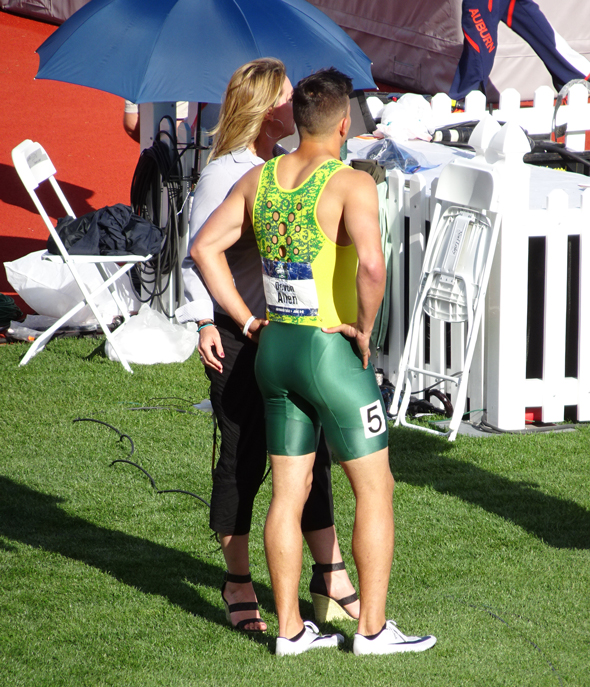 And then it was time for Oregon's last moment of shining glory. King Cheserek, after winning the 10000m Wednesday night, came back to win the 5000m final tonight. 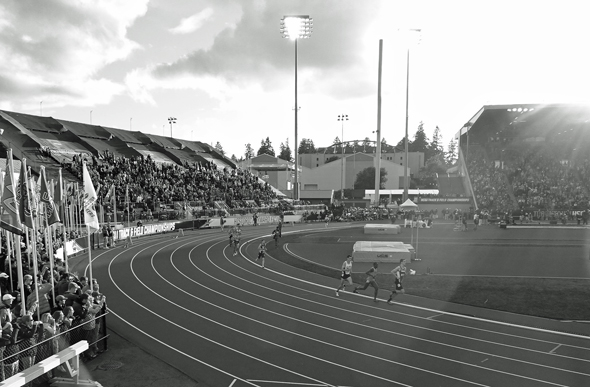 They don't call him The King for nothing. Only a junior, Edward Cheserek - between track races and cross country races (he is a distance guy) - has won 15 NCAA titles. He is unstoppable.

After the relay races (no Ducks involved) and the scores were tallied, it was determined the Florida Gators were the 2016 Men's NCAA Track & Field Championships. The Gators have an incredibly strong running team, gaining most of their points on the short sprints. Finishing 1st and 2nd in the 400m hurdles was the icing on the NCAA Championship cake. A powerhouse of a team and a hard-fought victory. What a wonderful moment for the University of Florida. 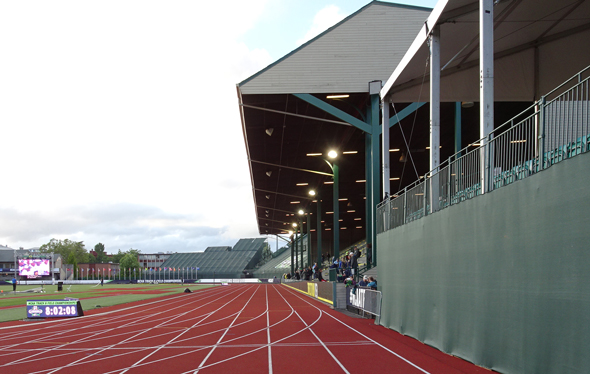 The stands emptied. The crowds ventured over to a field behind the West grandstands where a stage had been erected to award the medals and trophies. 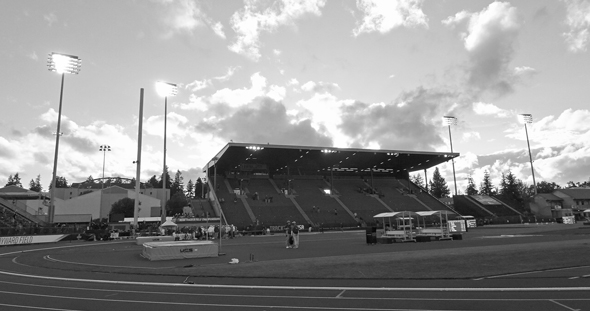 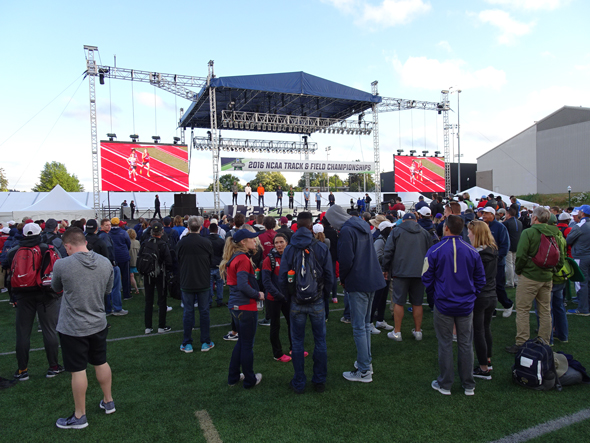 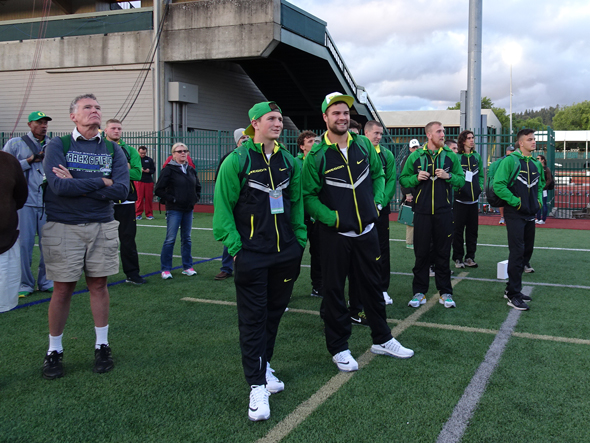 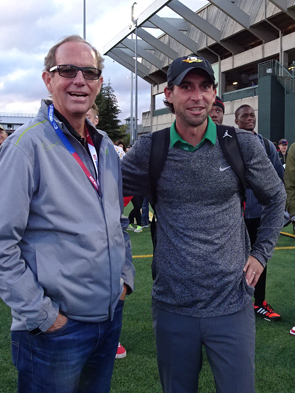 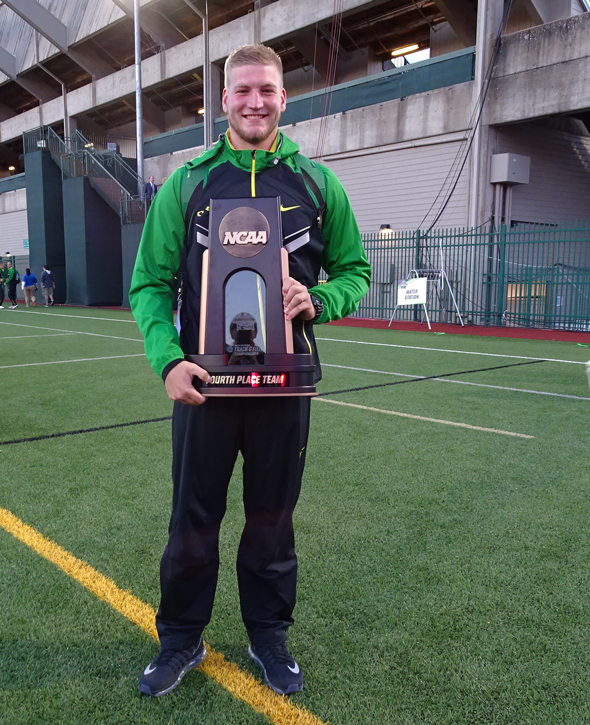 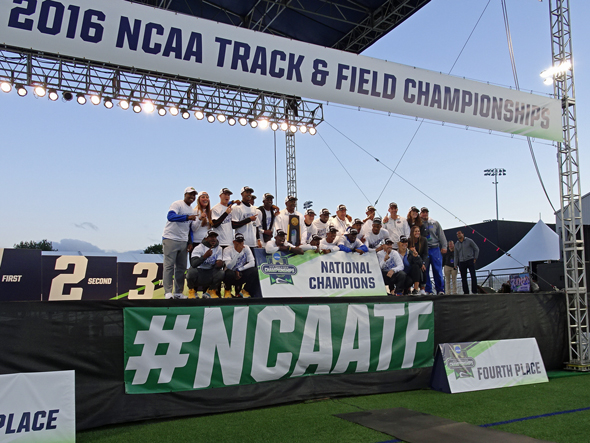 At the end of the awards ceremony, the University of Florida took the stage and posed for photos. We had spoken to a large group of the team earlier in the afternoon and were delighted to meet such an enthusiastic group of young athletes. National Champions! Congratulations to Florida. Great job and a great meet.

As is the latest custom after the NCAA meet in Eugene, Oregon track and field alumni gather after the races for the Lame Duck Reunion. Old stories are told. A few beers are consumed. Old acquaintances are rekindled. 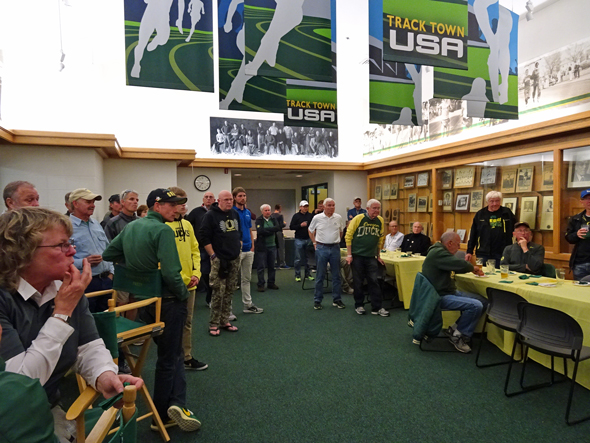 This evening the party was very low-key, but 110 gathered alums wanted to hear about the proposed reconstruction of the west grandstands and how the scholarship fund is going. Vin Lananna, Oregon Track & Field AD, gave an update on the stadium plans and our own DT updated the crowd on the Lame Duck scholarship endowment. One very special athlete is the current recipient of the Lame Duck Scholarship - Edward Cheserek.

Once a Duck, always a Duck.

Until my next update, I remain, your 4th-place correspondent.

You may also like:
Television broadcast information for this track meet
Complete meet results - men
Short highlight film of today's events from the NCAA