TrackTown, USA:  If you would follow the US track and field circuit, it would be fairly easy to determine our location much of the time. Once again, the University of Oregon will host the NCAA Track & Field Championships. Yes, this means the best-of-the-best Division One schools are in Eugene with their best runners, throwers and jumpers.

Why always Eugene? Because teeny Eugene, Oregon is the Mecca of the One True Sport. Every athlete wants to compete here. Every racer wants to hear their footsteps pounding on the famed track - jumping over a hurdle, passing a baton, plopping into the water hazard. Every thrower wants to see their javelin, discus, shot put or hammer soar above the hallowed lawn. Every pole vaulter wants to hear the cheer of the crowds from the same ancient grandstands that have cheered for countless Olympians. Every sprinter/hurdler wants to feel the thunderous roar as thousands rise as one to cheer racers down the straight-away. High jumpers jump higher. Long jumpers jump longer. Don't even get me started on the long distance races - the creamiest of the creamiest top at Historic Hayward Field.

We are in our motorhome, in a trailer park, just off the interstate. It's how we roll.

We arrived last evening, in time to enjoy Track Town Tuesday and a reception for the NCAA coaches. It was fun. Like a reunion. Always wonderful to visit with college coaches. These people are dedicated saints - working way-more than 40 hours per week - dedicating their lives to helping young student athletes and traveling around the country as the students compete. More than helping and coaching, of course... coaching is more like mentoring and molding. Imparting wisdom for four years and then stepping away as the seniors leave, and a new group arrive as Freshmen. I suspect college coaches cry a lot. 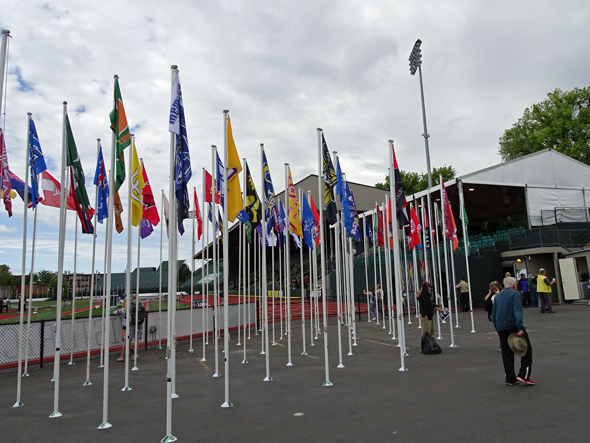 We arrived early to the track this morning. Flags from each competing school are on display around the south side of the oval. 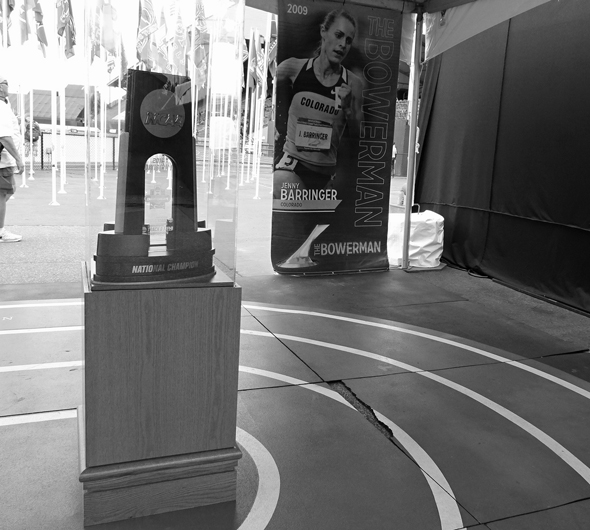 The prizes: Men's and Women's NCAA Championship trophies were on display in a small tent area in the concourse. 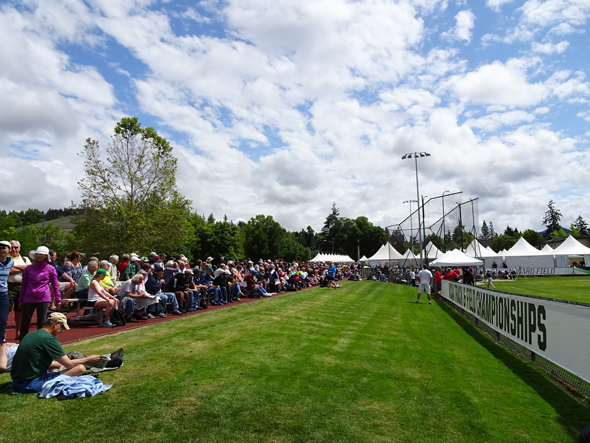 We arrived early so we could get a good seat at the men's hammer throw competition. Guess we weren't the only fans with this great idea.

Oregon Native, senior Greg Skipper, was competing today for the last time as a Duck. Half of his home town showed up to cheer for Skipper. 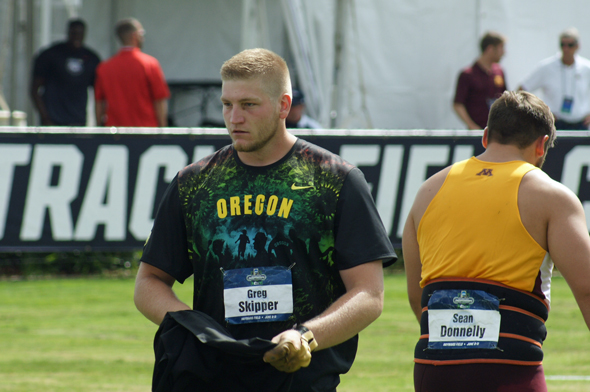 After the hammer throw competition was over, we moved up to the grandstands to watch the running and other field events. For the past several years, the NCAA have been racing men and women on different days. I don't like this format, but, as usual, no one asked my opinion. Men will compete Wednesday and Friday; women on Thursday and Saturday.

The Ducks performed well today. Javelin thrower Cody Danielson, a junior, finished (an unexpected, but happily earned) seventh and Cole Walsh was in a three-way tie for 7th place in the pole vault. Sadly, even after racing through the second-fastest 4x100 relay time (39.41) in school history, the Ducks failed to advance to the final on Friday. 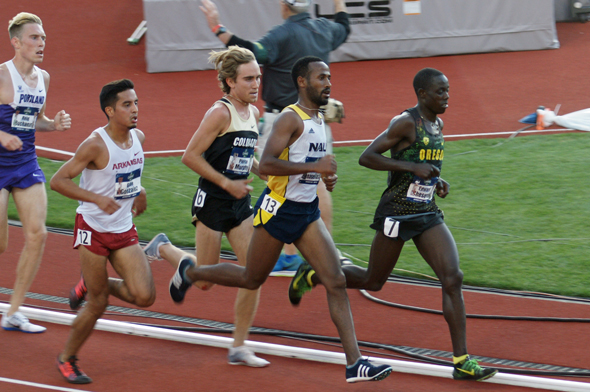 The final event was the men's 10000m final. Six miles; 24 laps around the track. No one was surprised when Oregon junior, Edward "King" Cheserek claimed the prize in 29 minutes and nine seconds. Cheserek has won the NCAA 10000m every year he has raced for the Ducks. First place equals ten huge points. 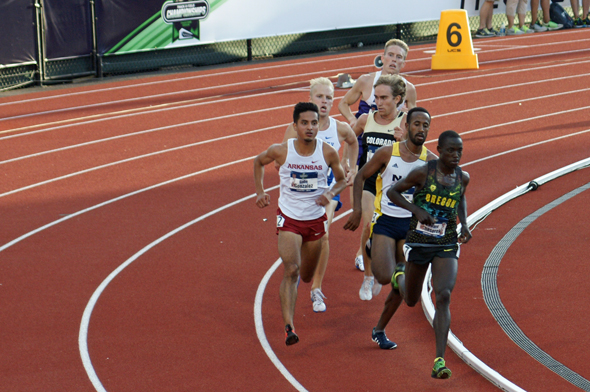 Ten points from King Edward, 3 from Greg Skipper in the hammer throw, 2 from Danielson in the javelin and one point from Walsh in the pole vault - the Ducks lead with 19 points after the first day of competition. Arkansas follows closely with 16 points; Purdue with 11. 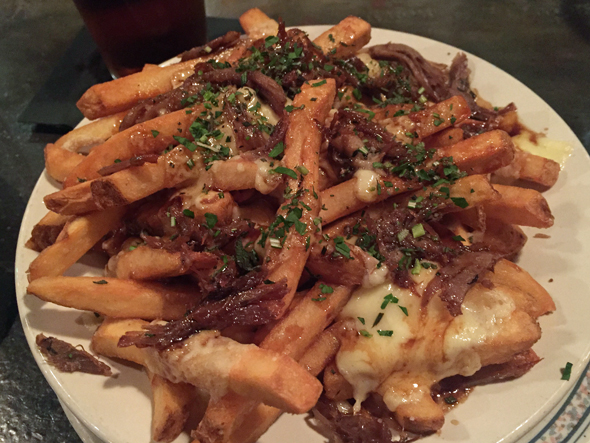 After the meet, we went to dinner at Rye and shared their famed Duck Confit Poutine. Oh. Yes. We. Did.

Until my next update, I remain, your track & field correspondent.